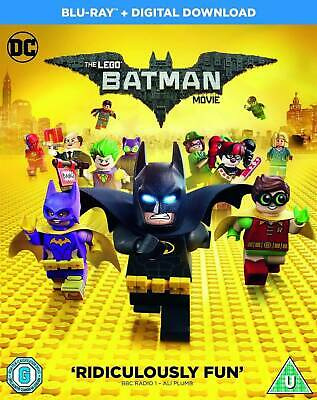 Description
In the irreverent spirit of fun that made “The LEGO Movie” a worldwide phenomenon, the self-described leading man of that ensemble – LEGO Batman – stars in his own big-screen adventure. But there are big changes brewing in Gotham, and if he wants to save the city from The Joker’s hostile takeover, Batman may have to drop the lone vigilante thing, try to work with others and maybe, just maybe, learn to lighten up.

SPECIAL FEATURES (BLU-RAY ONLY):
Director and Crew Commentary, Deleted Scenes, Original Animation Shorts; Dark Hoser, Batman is just not that into You, Cooking with Alfred, Movie Sound Effects: How do they do that? The Master: A LEGO Ninjago Short, One Brick at a Time: Making the Lego Batman Movie, Comic-Con Panel, Rebrick Contest Winners-Frosted Pie, Harley Quinn Robs Gotham Bank, Two Face Chase, Inside Wayne Manor, Brick by Brick: Making of the LEGO Batman, Behind the Brick, Me and My Mini Fig, Trailers and Promos.

Hope it helps someone.
PostTweetShare Share with WhatsApp Share with Messenger
Community Updates
EBay DealsEBay discount code
New Comment Subscribe Save for later
5 Comments
20th May
There's a seller selling for £2 as well
21st May
Jeezo how many copies of this film does this company have? Managed to snag it from them for £1.85 not too long ago, but £2.45 is still well worth it.
21st May
Im looking for some cheap uv codes if anyone knows a seller who has a decent supply of good movies. trying to slowly build a collection on google play.
21st May

There's a seller selling for £2 as well

I bought from that guy, now the listing was removed, so not sure if I will get my copy.
24th May

Still haven't received it either lol