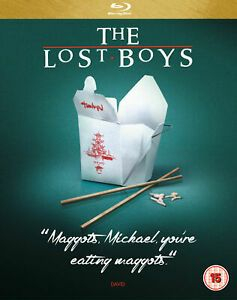 I bought the OST 25 years ago and wore the CD out! Ordered again but had to get delivery as I can't go out in daylight!
1st Sep
Death by stereo!
1st Sep
Excellent movie.
1st Sep
Best soundtrack of any film ever. And the film's pretty decent too
1st Sep
Still on iPlayer for another 19 days if anyone just wants to watch it: bbc.co.uk/ipl…oys
1st Sep

Missed sucka!
1st Sep
Good price I'm hoping for a 4k release
1st Sep
Michael...Michael...Michael...
1st Sep
how much do u think we shud charge em for this
1st Sep
Is this the best version currently on blu ray? I know there have been a couple of releases are they all the same?
1st Sep

All the same Warner release from 2008 I believe, not the greatest of transfers reportedly. Been holding off for a UHD release