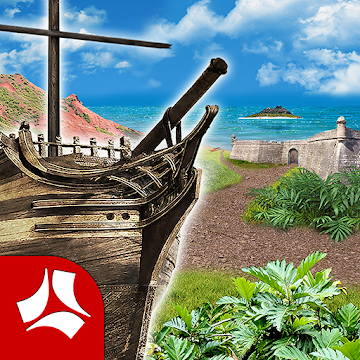 Embark on your own treasure hunt in this beautifully designed classic point and click adventure game. Explore old trails, puzzles, and structures left behind by a castaway crew as you hunt for their lost pirate ship that was blown on to an island centuries ago.

Uncle Henry has been hunting lost treasures for as long as you can remember. His stories of adventure excited your imagination as you were a child growing up. Now with your newly acquired archeology skills, he has been reaching out from time to time for your help in tracking down some of these difficult to find treasures.

In his latest quest, he has been hunting for the treasure map known to be in the lost pirate ship "Queen Anne's Revenge". Thought to have sunk off the coast of the American shores, Uncle Henry has discovered new information that the ship was really blown on to an island when it was caught in a hurricane while sailing through Caribbean waters.
PostTweetShare Share with WhatsApp Share with Messenger
Community Updates
Google Play DealsGoogle Play voucher
New Comment Subscribe Save for later
8 Comments
14th May
Heat
14th May
Cant play game without in app purchase at first level . So its not free
14th May
Fantastic game, downloaded when it was last free.
14th May

Cant play game without in app purchase at first level . So its not free

I have played all of their games and you absolutely do not need the in-app purchases!
14th May
Just checked IOS App Store and showing as £2.99, Although they have recently doubled the size of the game by adding new screens.

I recommend all of their games and they are all of a similar quality. One of my favourite software houses.
14th May
I've paid for the premium versions of most of their games with all extras includee and loved them... They then deleted them from the app stores and replaced with these in app purchase funded versions. I think the original developer has sold to a money grabber...
14th May
Thank you
15th May
Cheers reindeer333 🙃