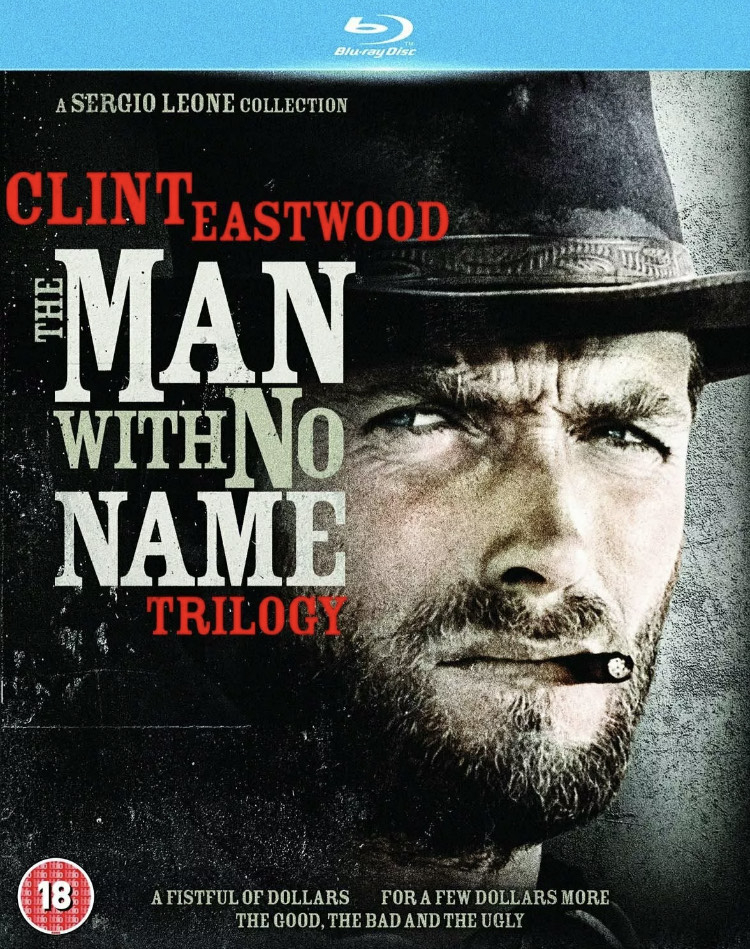 The Man With No Name Trilogy (Blu-ray) - £6.99 Delivered @ TheEntertainmentStore/eBay

Triple bill of Sergio Leone Westerns starring Clint Eastwood as the Man With No Name. In ‘A Fistful of Dollars’ (1964), the laconic gunslinger (Eastwood) makes a financial killing by playing two feuding families off each other in a small southwestern town. ‘For a Few Dollars More’ (1965) sees him reluctantly joining forces with bounty hunter Colonel Mortimer (Lee Van Cleef) to battle psychotic bandit El Indio (Gian Maria Volonte) and his gang of outlaws. In ‘The Good, the Bad and the Ugly’ (1966), set during the American Civil War, the paths of three loners - Joe (Eastwood), Tuco (Eli Wallach) and Setenza (Van Cleef) - cross as they search for the grave of Bill Carson, home to a hidden fortune. As the war intensifies, the treasure seekers become drawn into a battle that dwarfs their own mercenary pursuits.
PostTweetShare Share with WhatsApp Share with Messenger
Community Updates
EBay DealsEBay discount code
If you click through or buy, retailers may pay hotukdeals some money, but this never affects which deals get posted. Find more info in our FAQs and About Us page.
New Comment Subscribe Save for later
4 Comments
22nd Nov 2019
The man with no name has a name. in For A Few Dollars More Lee Van Cleef goes to see an old man in a bed who's living next to a rail line. The old man tells Lee Van Cleef what Clint Eastwoods character name is. I don't remember exactly what it was, not watched it for years but it's in the movie.
Anyway, good deal OP, heat from me
22nd Nov 2019

From the IMDB "Trivia" page:

"Monco" is officially not the same character as "Joe" in A Fistful of Dollars (1964). This was the finding of an Italian court that adjudicated the lawsuit brought by Jolly Films, producer of A Fistful of Dollars (1964). After the release of that movie, Writer and Director Sergio Leone had a falling out with the producers and made this movie with a different producer, Alberto Grimaldi. Jolly Films sued, claiming ownership of the "Joe" character, but lost when the court decided that the western gunfighter's persona, characterized by the costume and mannerisms, belonged to the public domain's folklore.