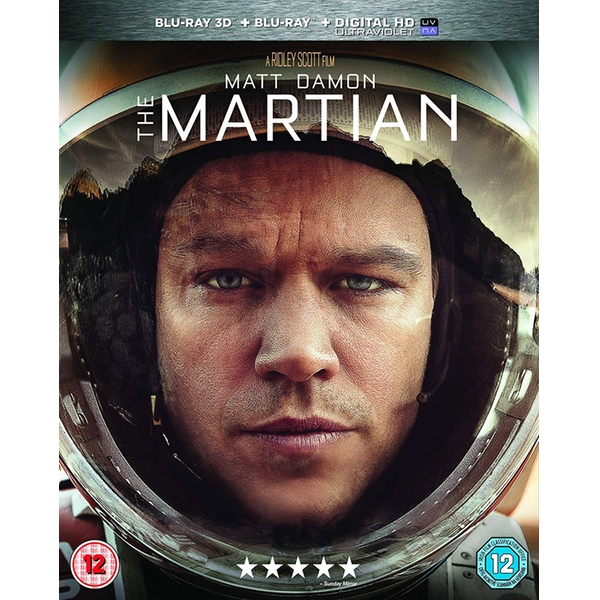 The Martian 3D + Blu-ray + Digital DownloadPlease note this is a region B Blu-ray and will require a region B or region free Blu-ray player in order to play.

During a manned mission to Mars, Astronaut Mark Watney (Matt Damon) is presumed dead after a fierce storm and left behind by his crew. But Watney has survived and finds himself stranded and alone on the hostile planet. With only meager supplies, he must draw upon his ingenuity, wit and spirit to subsist and find a way to signal to Earth that he is alive. Millions of miles away, NASA and a team of international scientists work tirelessly to bring "the Martian" home, while his crewmates concurrently plot a daring, if not impossible rescue mission. As these stories of incredible bravery unfold, the world comes together to root for Watney’s safe return.

PostTweetShare Share with WhatsApp Share with Messenger
Community Updates
365games.co.uk Deals365games.co.uk promo code
New Comment Subscribe Save for later
11 Comments
22nd Jan
check poundland if your nearby, had it for £2 in folkestone store for a couple of months now
22nd Jan

Martian in Poundland? The Daily Star could dine out on that for weeks
22nd Jan

was in there on Monday
22nd Jan

you mean the Sunday Sport

Can it spell Martian?
22nd Jan

Can it spell Martian?

Possibly too much information but your contribution is noted
22nd Jan

22nd Jan
Yeah 2 quid in poundland. When I think about how much it originally cost me. Now I've gotten rid and have the extended 4k.
22nd Jan

I bought it today from York Coney Street. Just watched it on PS VR it was brilliant in 3D