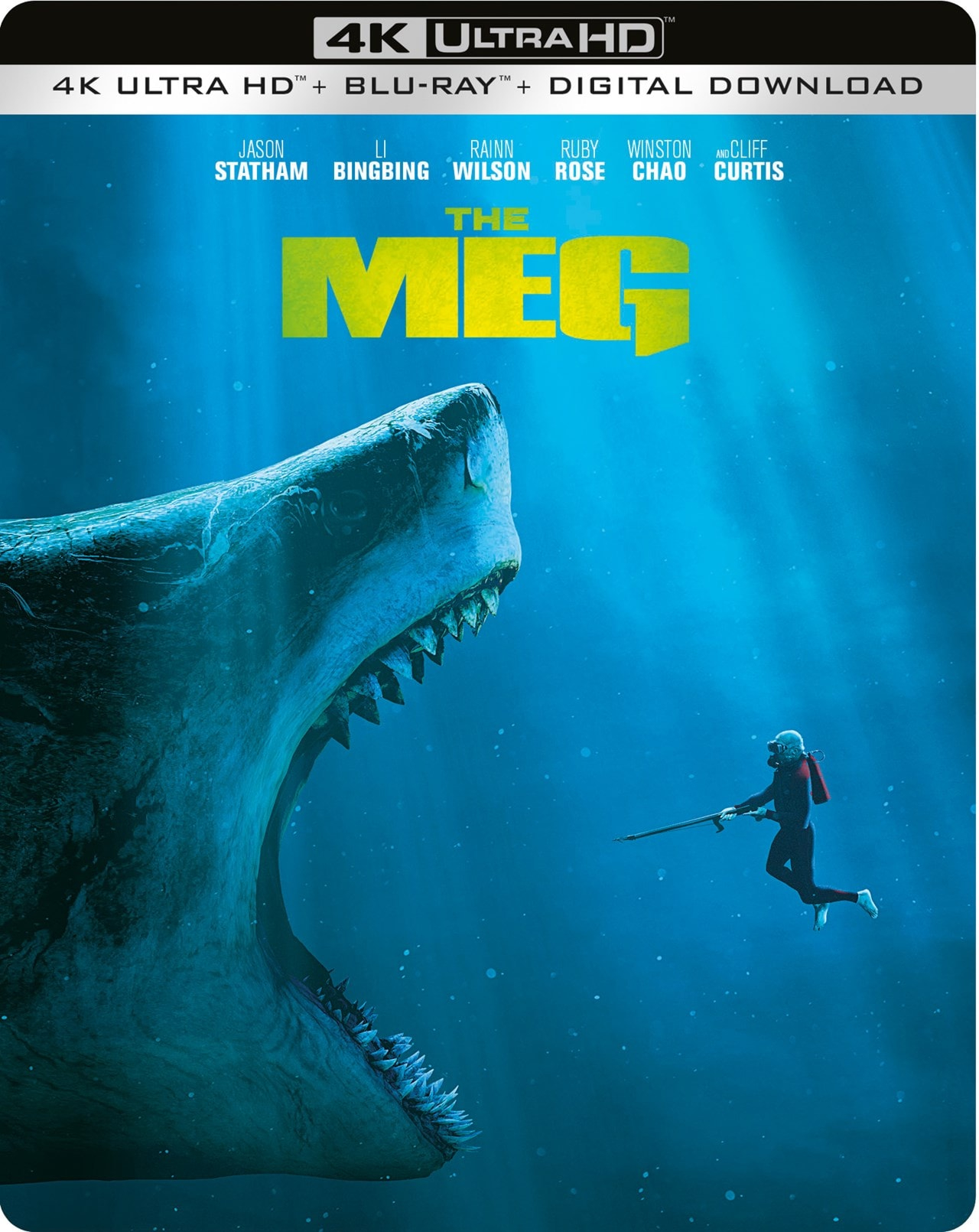 
Sci-fi action horror starring Jason Statham as a deep sea diver who mounts a rescue mission to free a group of scientists from the clutches of a massive megalodon shark. Five years after a similar rescue attempt failed, Jonas Taylor (Statham) is called upon once again to save the crew of a submersible which has lost contact with their research facility, Mana One, during a mission to survey the depths of the ocean. Can he save them from the jaws of the megalodon this time around and earn redemption?
PostTweetShare Share with WhatsApp Share with Messenger
Community Updates
HMV DealsHMV promotional codes
New Comment SubscribeSave for later
9 Comments
29th May
My son is obsessed with this film at the moment! Thanks for posting
29th May
Great artwork always seems to be when the film is bad
Edited by: "Alf.Garnett" 29th May
29th May
1h 52m of my life that I'll never get back.
29th May
Great price for a 4k steelbook, terrible movie.
29th May
Sweet have some heat 🔥 I thought it was really fun
29th May
Shocking movie
29th May
For all the haters, go watch Once upon a time in Hollywood... I bet that would be awesome in your eyes
Edited by: "johnszi23" 29th May
29th May

I liked this and that
29th May
Agree with most, thought it was pretty dire. Last creature feature film that was good was Crawl, look it up if you haven't seen it. Nice looking steelbook tho if you like the film