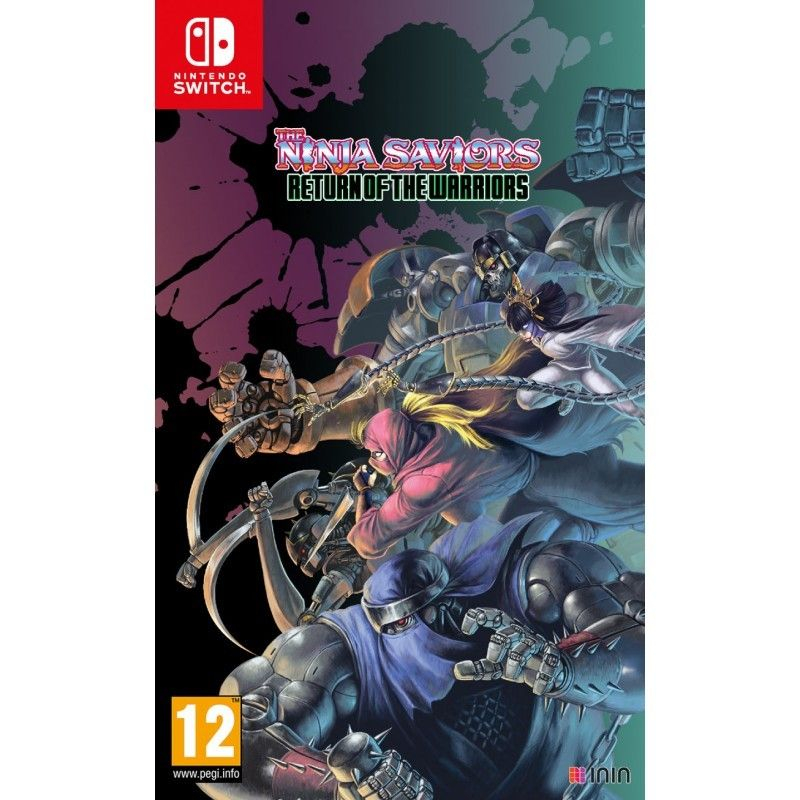 The Ninja Saviours Return of the Warriors - Nintendo Switch £14.95 The Game Collection

Good price for a physical copy of the game. Cheaper than the Nintendo eshop

In THE NINJA SAVIORS – Return of the Warriors, the player assumes the role of one of five android ninjas to take on the tyrant Banglar and his henchmen with a variety of individual moves in a dystopian future.

The original developers from back in the day, TENGO PROJECT, have also made an already outstanding game even better audiovisually in every respect.

The 16-bit pixel art of the classic has been retained, but significantly revised, and new animations have been added. The legendary sound of TAITO’s house band ZUNTATA is, of course, part of the fun once again, and along with the original soundtrack from the arcade machines, there will also be the music from the Super NES version and a completely newly arranged soundtrack to choose from.

EDIT: just checked out a review... Has anyone played this, because it seems as if it's not nearly as good as the likes of Final Fight etc.
Edited by: "prankster101" 8th Feb
8th Feb

PS4 is same price... …PS4 is same price... Finally.https://www.thegamecollection.net/the-ninja-saviours-return-of-the-warriors-ps4/?sqr=ninja&EDIT: just checked out a review... Has anyone played this, because it seems as if it's not nearly as good as the likes of Final Fight etc.

Not played it myself yet (ordered it just before posting the deal) but most reviews are good. 80 on metacritic metacritic.com/gam…ors
8th Feb
I was waiting for a price drop on this via eShop but at this price...I took the bait. Thanks OP.
8th Feb
The wife's gonna kill me, only gone and ordered the dam thing
8th Feb

PS4 is same price... …PS4 is same price... Finally.https://www.thegamecollection.net/the-ninja-saviours-return-of-the-warriors-ps4/?sqr=ninja&EDIT: just checked out a review... Has anyone played this, because it seems as if it's not nearly as good as the likes of Final Fight etc.

I think it's way better than final fight, it's a lot more challenging, blocking is more important than any other beat em up I've ever played, but I think River City Girls and 2 games on the Capcom beat em up bundle (armored warriors + battle circuit) are better. Also 2 player is weird on this as you share a health bar so unless you get good with a friend multiplayer is a no no.