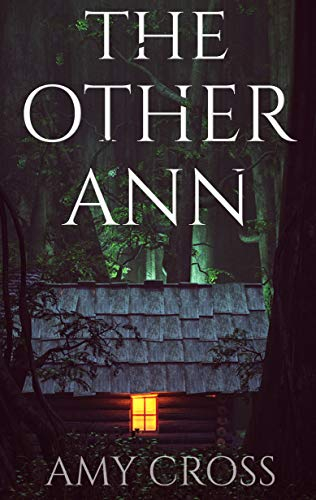 What would you do if you had to live with an exact copy of yourself? Not a clone, not an impostor, but 'you' from an alternate universe. A version of you that has survived an apocalyptic event. A version of you who somehow lived through the end of the world.

Ann Garland lives alone, avoiding human contact wherever possible. She's perfectly happy. She just doesn't like being around people. And then an inter-dimensional portal opens, allowing two billion survivors to flood through from a post-apocalyptic alternate reality where the world has been destroyed.

As humanity struggles to cope, governments worldwide implement a new law. Under the terms of the Rutherford Act, all citizens now have a duty to take in their doppelgangers from the other world. And that includes Ann.

Ann's double is like her in every way, except that she's lived through World War 3. Soon, Ann begins to suspect that her double is hiding something. Her suspicions grow, until finally she comes to believe that the other Ann is out to kill her. Is Ann merely paranoid, or is her double aiming to take over her entire life and replace her?

The Haunting of Hardstone Jail

When the notorious Hardstone Jail is reopened after many years of neglect, nobody cares about the ghost stories. They just want somewhere to put more prisoners.

But a ghost has been waiting patiently at Hardstone. The ghost of a little girl walks the corridors, seeking revenge for something that happened a century ago. And anyone who looks into her eyes will be dead within days.

Sent to Hardstone for a horrific crime she doesn't remember committing, Amanda Weir just wants to be ignored and forgotten. Soon, however, she discovers that the ghost isn't the only horror lurking within the prison's walls. Horrific experiments are being conducted on prisoners, and Amanda is quickly put to work assisting the barbaric Dr. Bell. How are these experiments tied to the ghostly girl, and what evil force is threatening to throw the entire jail into chaos?

The Girl Who Threw Rocks at the Devil

“Please bury her. We cannot wait another night. Bury her so that this nightmare can finally end!”

In a world gripped by fears of an impending apocalypse, Brother Barnard begins to fear that he has made a terrible mistake. The dead woman's grave is quickly torn open, and strange noises begin to plague the abbey. A witch-hunter is in the area, searching for a woman of great evil. By the time he realizes the truth, however, Brother Barnard might be powerless in the face of a terrible power.

Twisted Little Things and Other Stories

A woman is preparing breakfast for her children when she hears a dangerous voice in her head...

Late one night, an old man meets a strange girl on a canal towpath...

Twisted Little Things and Other Stories is a collection of short horror stories. These are tales of the hidden darkness that can lurk in the modern world, threatening to lash out and destroy lives. Some of the stories are about ghosts, others are about the way evil spreads from mind to mind, and some are about vast and powerful secrets that exist on the edges of human perception. In each of the stories, a life is about to be changed forever, with terrifying results.
PostTweetShare Share with WhatsApp Share with Messenger
Community Updates
Amazon DealsAmazon discount code
New Comment Subscribe Save for later
1 Comment
15th Feb
Thanks OP 🌞