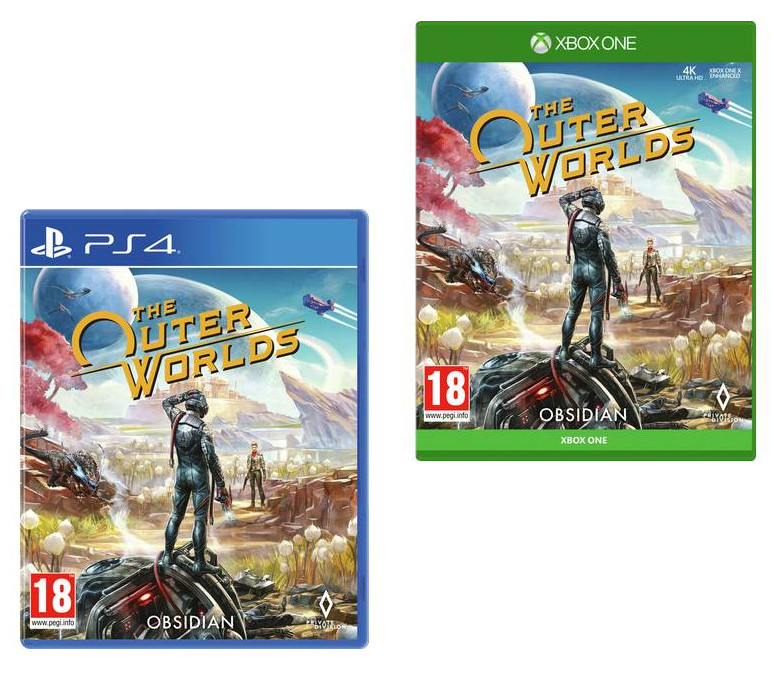 On offer and reduced by £5.

The Outer Worlds (Xbox One) 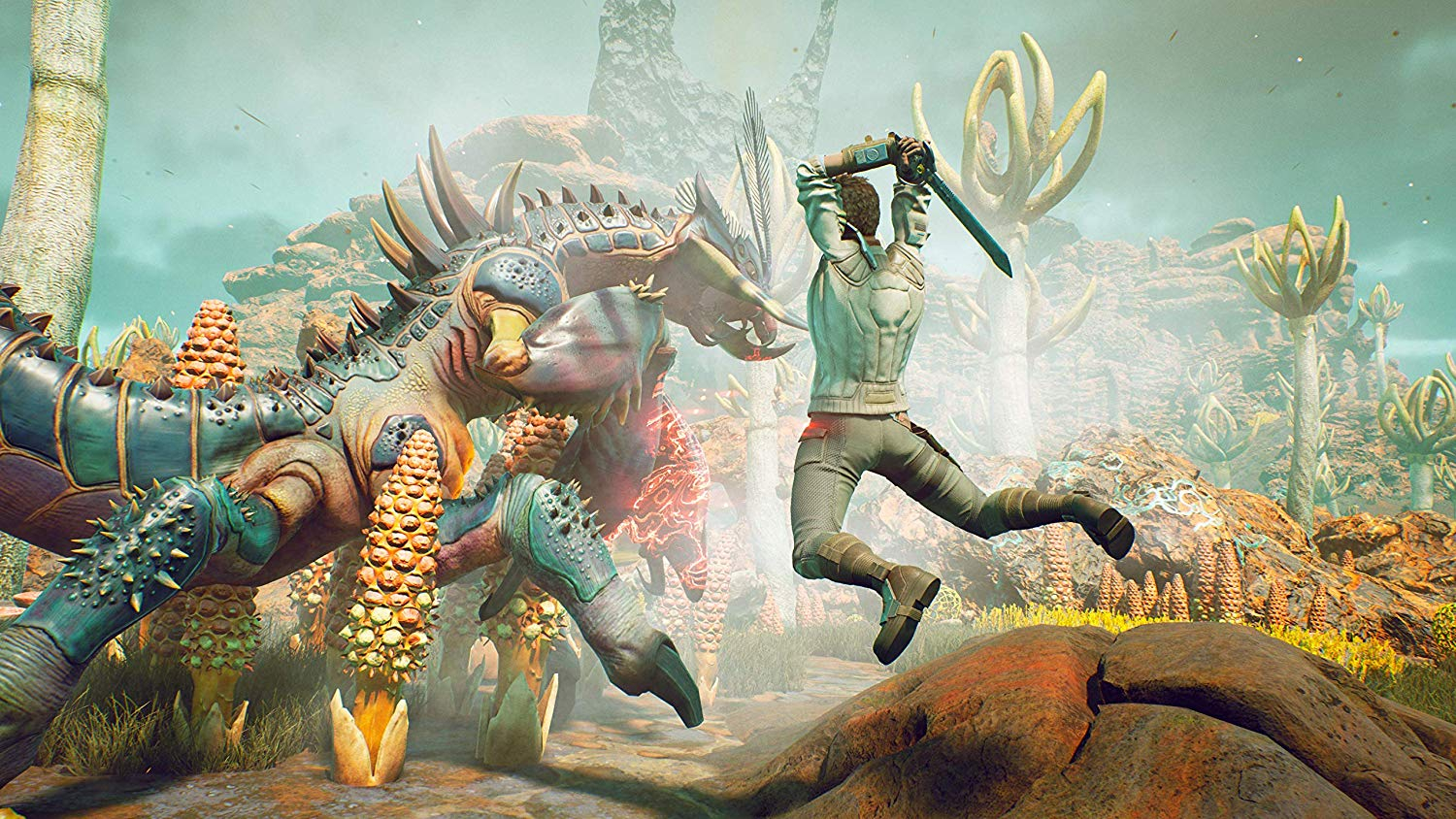 The Outer Worlds is a new single-player sci-fi RPG from Obsidian Entertainment and Private Division. As you explore a space colony, the character you decide to become will determine how this player-driven story unfolds. In the corporate equation for the colony, you are the unplanned variable.

In keeping with the Obsidian tradition, how you approach The Outer Worlds is up to you. Your choices affect not only the way the story develops; but your character build, companion stories, and end game scenarios.

Lost in transit while on a colonist ship bound for the furthest edge of the galaxy, you awake decades later only to find yourself in the midst of a deep conspiracy threatening to destroy the Halcyon colony. As you explore the furthest reaches of space and encounter various factions, all vying for power, the character you decide to become will determine how this player-driven story unfolds.

New to The Outer Worlds is the idea of flaws. A compelling hero is made by the flaws they carry with them. While playing, the game tracks your experience to find what you aren't particularly good at. Keep getting attacked by Raptidons? Taking the Raptiphobia flaw gives you a debuff when confronting the vicious creatures, but rewards you with an additional character perk immediately. This optional approach to the game helps you build the character you want while exploring Halcyon. 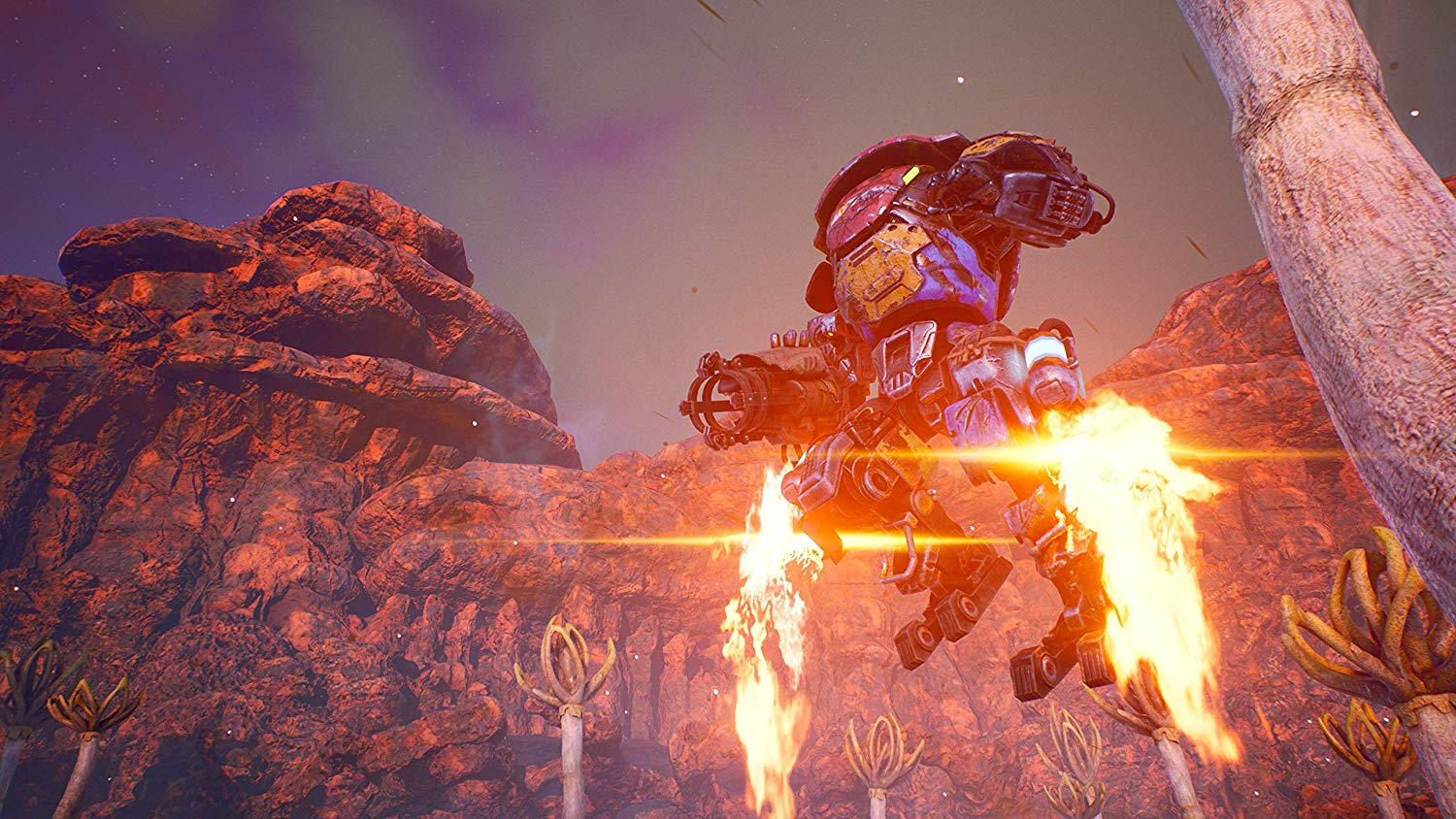 Yes that is the frustrating problem i found with cex. I somehow found somebody selling modern warfare for £20 on ps4. I need the xbox one version and was stuck because they give me the best price £37. The problem is it is still £50 at cex and i feel will have long waiting time for it to drop
5th Dec 2019

I just take the cash nowadays. There is nothing that CEX offer that make me want to be tied to their ecosystem.

CEX is such an awful company now... Can't believe it was one of the best videogames retailers 20 odd years back.

Although to be honest... They are the best videogames retailer (on the dying high street). They've seen off competition from the likes of GAME, Cash Convertors, HMV etc.

They're not Base, TGC, or Shopto though... Bless them.

Agreed. I used to live in their Rathbone Place branch some twenty plus years ago, where PC games were 20p and they couldn't be touched on the cheap prices. We're talking the Electronics Boutique era!
5th Dec 2019
Its a bit strange buying this on PlayStation and investing in a world knowing the sequel will be an Xbox exclusive, even though as a standalone game it might be good.
I struggle with games like this with such heavy emphasis in dialogue anyways, I think there's only been a couple like Witcher 3 and Bioshock that I've found actually found interesting enough to want to listen to all dialogue and read up on the lore.
With games its never Game of Thrones or Godfather levels of writing and intrigue let's be honest.
5th Dec 2019

Alas, there were a few egotistical nobodies who started working there. And then the decline started...
Edited by: "prankster101" 5th Dec 2019
5th Dec 2019

I see your point, but LA Noire and its ilk might disagree with you.
5th Dec 2019

Ha, I probably met you at one point or another then. It was a treasure trove of new and old gaming that you could spend hours in as a customer.

Absolutely! I found some of the staff were burgeoning pseudo hipsters that took themselves way more seriously than their station, and were actually downright arrogant and rude to customers (I remember having to write to the CEO at one point because some female staff member with dyed red hair told me to move out of her way after she refused to deal with the scratched disc I returned that wouldn't play on cutscenes). Some abiding memories there included the music literally drowning out any semblance of conversation because they cranked the death metal to 11, which I don't miss I must admit.
5th Dec 2019

I worked in the store between the years 1998-2000. Went back during my uni holidays in 2001 to discover the rot really setting in. Worked for the company in one capacity or another till 2003.

Not sure what the store is like now though...

CEX Rathbone Place is one of those stores that has ceased to be a gaming institution, and hasn't been relevant for over a decade. The Myspace of gaming stores.

A store doesn't become irrelevant unless it's being badly mismanaged. Although let's face it, CEX are definitely more relevant than the likes of GAME etc...

Still... If CEX Rathbone Place was being managed correctly, it would still be a major gaming power house.

The way I look at it... Myspace gave way to Facebook.

Rathbone Place has ceased to exist as a gaming institution.

Yeah I used to go there after work myself (I worked in Harrods as a grad for a Saturday job that era for my sins) around 1997+. I introduced my younger cousin to it who was in childlike awe of the sheer levels of stock and gaming history in one place over two floors. It was a kind of Tower Records for gaming. The retro computers like Commodores and Neo Geos behind glass, rigged up to a small CRT playing demos on screen made the place feel like a gaming museum. The place sucks now, and it isn't nearly competitive on prices vs online, (I get the economics of overheads of course vs online trading). My most recent experience of how the mighty have fallen, was in the Enfield Town branch, where the guy refused to let me look at the XB1 Resident Evil 2 Remake to read the back of it, which sat behind him on the shelf, or even touch it, because it had a disc still in it. I said why can't I have a read of it, to which he replied nonchalantly, people steal them. I said, but you're holding my debit card, you're logged into my account on the system as we speak (same account since the 90s), and you're suggesting by that statement that I'd potentially steal this copy of the game because it has a disc in it? So he proceeds to take the game off the shelf behind him, takes two steps back towards the shelf, and holds it out for me gripping the game so tightly with two hands at arms length, not letting me touch the box. I couldn't read the details on the back of the box at all, he was that far away from me. Yep, true story, I couldn't make this up.
Edited by: "Buzroastbeef" 5th Dec 2019
5th Dec 2019

Its a bad day when the smell of the store outlasts the actual store itself but I think its safe to say this is the case for all CEX...
5th Dec 2019
Worth buy from from Currys for the Same price (May grab 6 Months Spotify Premium)
Edited by: "Brutes" 5th Dec 2019
5th Dec 2019

CEX... Tis a haven for trash. Hence the 1 star reviews!

google.com/amp…amp
5th Dec 2019
CEX pricing is weird, they charge more for used games than many of the online stores sell new and they usually pay a pittance if you want to sell them anything. Strangely though they are currently paying £40 cash for Pokemon Shield which is more than Curry’s are selling it for.
5th Dec 2019

Tis why I refuse to support them. In this day and age, there is no excuse for paying brand new prices for second hand goods.

CEX are a trash company designed to line their own pockets.

It's easier and more cost effective to just get cash and spend it with an online retailer.

A lot of people including myself found the story ended abruptly, like they ran out of budget. I don't agree with the ending being "proper", old school sure but a slideshow is hardly pushing boundaries.
5th Dec 2019
Amazon price match
5th Dec 2019
such a good game, best of the year imho
29th Dec 2019

Who in their right mind doesn’t sub to game pass instead....mind boggles

People like me that like physical games, yes we are a diying breed but digital only is almost fully upon us and i like owning a physical copy and collecting them.