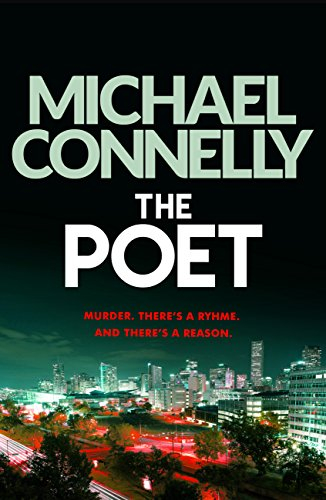 Blurb from the book:

The apparent suicide of his policeman brother sets Denver crime reporter Jack McEvoy on edge. Surprise at the circumstances of his brother's death prompts Jack to look into a whole series of police suicides, and puts him on the trail of a cop killer whose victims are selected all too carefully. Not only that, but they all leave suicide notes drawn from the poems of writer Edgar Allan Poe in their wake.

More frightening still, the killer appears to know that Jack is getting nearer and nearer. An investigation that looks like the story of a lifetime might also be Jack's ticket to a lonely end.
PostTweetShare Share with WhatsApp Share with Messenger
Community Updates
Amazon DealsAmazon discount code
New Comment Subscribe Save for later
9 Comments
1st Feb
good writer
1st Feb
Definitely worth a read.
1st Feb
Thanks, bought it
1st Feb
my favourite writer along with Grisham . you should start with his 1st Bosch story as he brings other characters in gradually . well worth the 99p
2nd Feb
The TV series "Bosch" is good as well
2nd Feb
Honestly read them all in order, really enjoyed the Lincoln Lawyer series as well. But definitely this is a great story and from what I recall, requires zero knowledge of the others.
2nd Feb
Excellent book, this. Michael Connelly is a fabulous author.
2nd Feb
Thank you for the heads up. Purchased
2nd Feb
First Michael Connelly book I tried, definitely worth a read at this price.