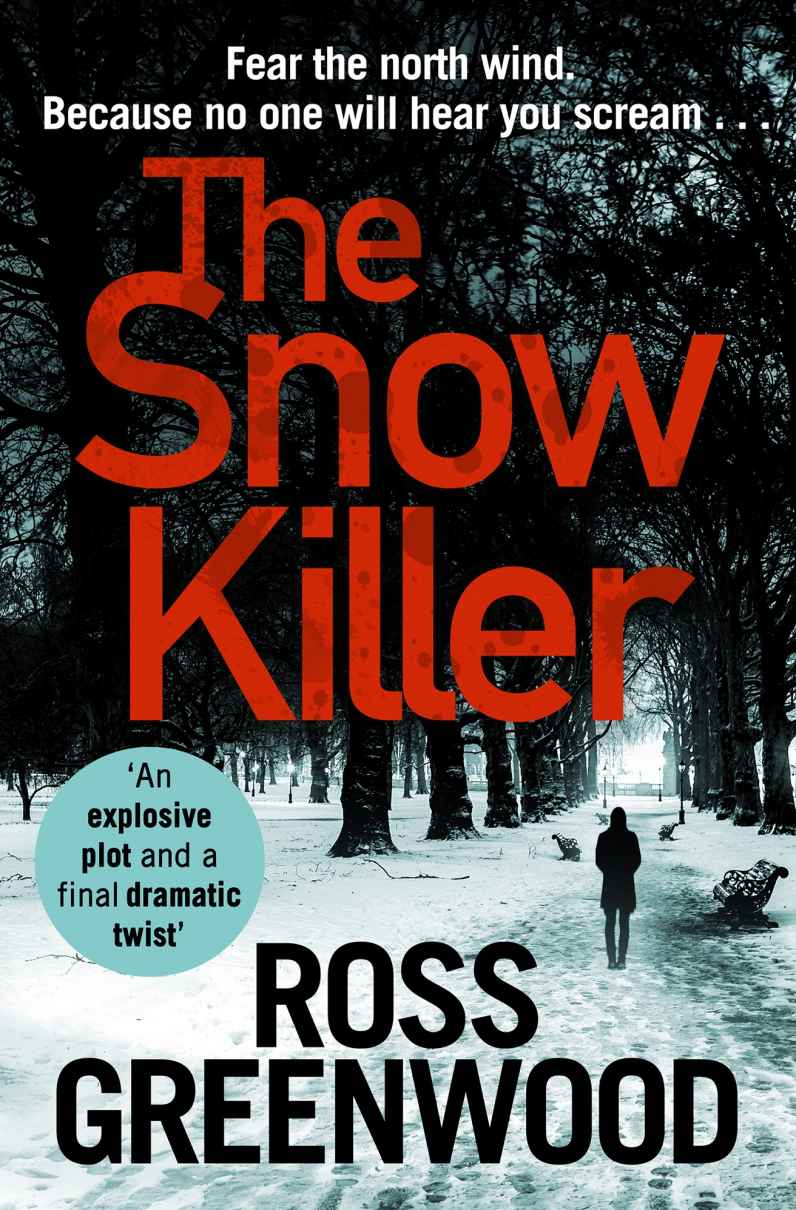 The Snow Killer by Ross Greenwood. Currently a best seller on Amazon 99p for the Kindle Version

This is Ross Greenwoods latest book. Currently a best seller and a bargain for 99p on kindle.
Description
‘Fear the north wind. Because no one will hear you scream…’

A family is gunned down in the snow but one of the children survives. Three years on, that child takes revenge and the Snow Killer is born. But then, nothing - no further crimes are committed, and the case goes cold.

Fifty years later, has the urge to kill been reawakened? As murder follows murder, the detective team tasked with solving the crimes struggle with the lack of leads. It’s a race against time and the weather – each time it snows another person dies.

As an exhausted and grizzled DI Barton and his team scrabble to put the pieces of the puzzle together, the killer is hiding in plain sight. Meanwhile, the murders continue…

The first in a new series, Ross Greenwood has written a cracking, crackling crime story with a twist in its tale which will surprise even the most hardened thriller readers. Perfect for fans of Mark Billingham and Stuart MacBride.

Praise for The Snow Killer:

'Move over Rebus and Morse; a new entry has joined the list of great crime investigators in the form of Detective Inspector John Barton. A rich cast of characters and an explosive plot kept me turning the pages until the final dramatic twist.' author Richard Burke

‘With The Snow Killer, master of the psychological thriller genre Ross Greenwood once again proves his talent for creating engrossing and gritty novels that draw you right in and won’t let go until you’ve reached the shocking ending.’ Caroline Vincent at Bitsaboutbooks blog

'Ross Greenwood doesn’t write clichés. What he has written here is a fast-paced, action-filled puzzle with believable characters that's spiced with a lot of humour.' author Kath Middleton

What readers think of The Snow Killer:
'Absolutely brilliant!!'

'A crime novel with a social conscience.'

' It grabbed me a few pages in and wouldn't let go'
Features & details
Product Details
Publication date: 12 Nov 2019
Publisher: Boldwood Books
Language: English
ASIN: B07XLFWZ7D
Amazon.co.uk Sales Rank: 30
PostTweetShare Share with WhatsApp Share with Messenger
Community Updates
Amazon DealsAmazon discount code
If you click through or buy, retailers may pay hotukdeals some money, but this never affects which deals get posted. Find more info in our FAQs and About Us page.
New Comment Subscribe Save for later