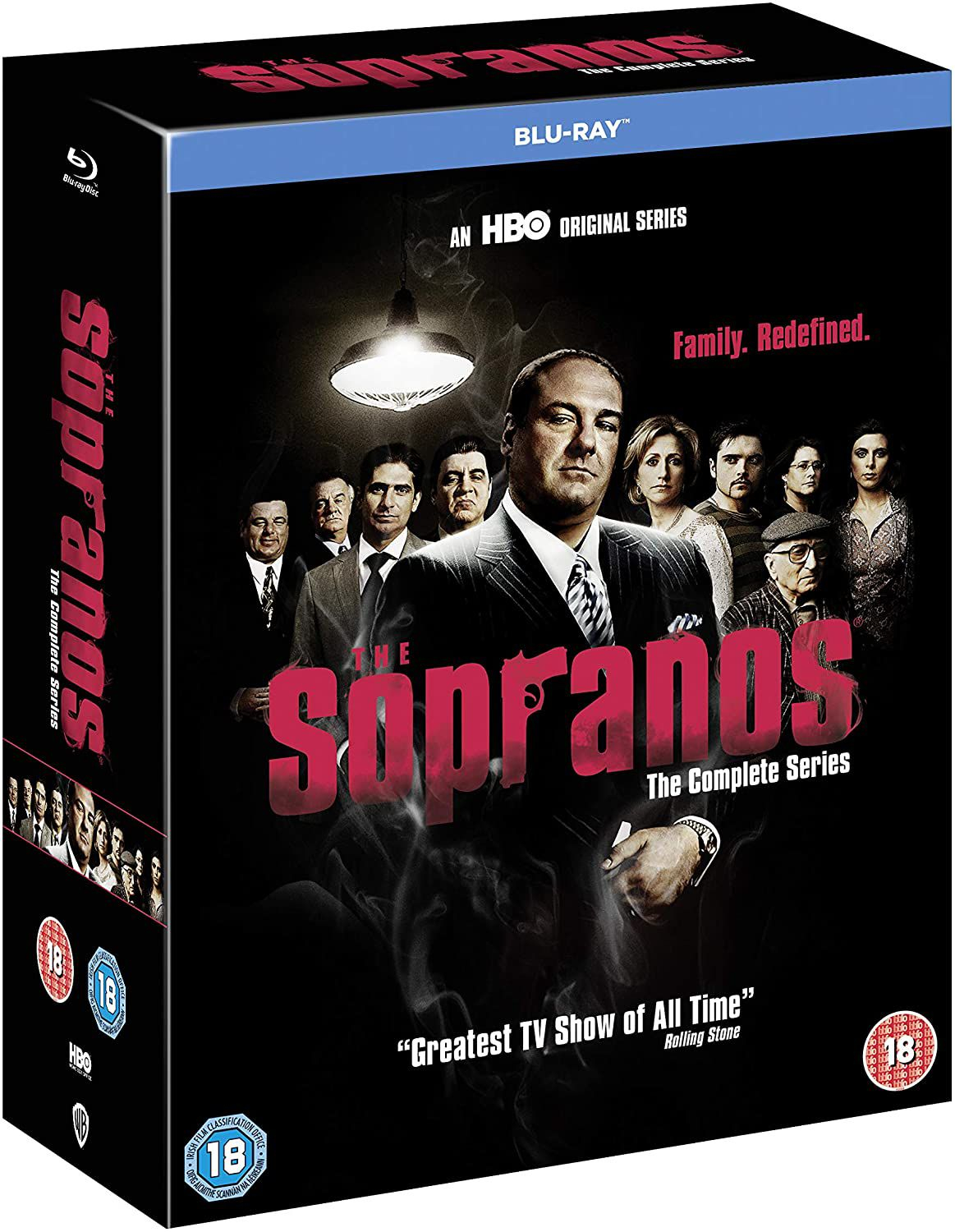 Fifteen years after making its revolutionary debut and radically altering the TV landscape, fans of the legendary HBO series The Sopranos can now experience the show like never before as all 86 episodes of the beloved Emmy-, Golden Globe- and Peabody Award-winning series are available for the first time in Blu-ray. With 28 Blu-ray discs packaged in an elegant box set featuring iconic artwork from the series, The Sopranos: The Complete Series Blu-ray is an essential addition to any home entertainment collection.