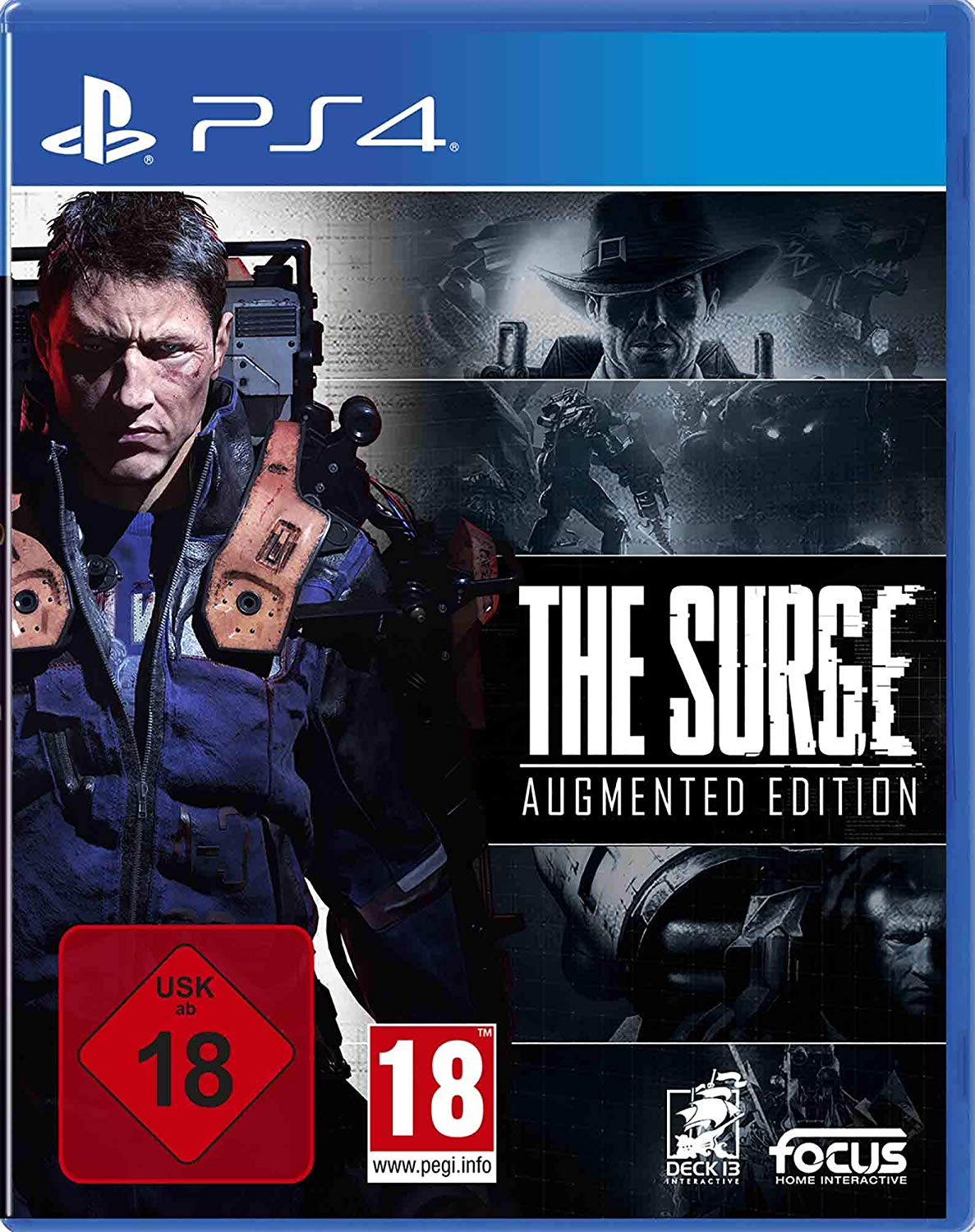 Unsure if the DLC is on the disc or a code. Half of the Q&A on Amazon Germany says it is DLC and half are saying it is on the disc. This is currently priced at £34.99 on PSN UK. I think it is a good price for the game and all DLCs included if you are willing to faff around. I needed a copy, so ordered one.

Survive the ultimate and extended experience of the hardcore action-RPG The Surge! The Augmented Edition includes the full game, all its expansions and all its DLCs. 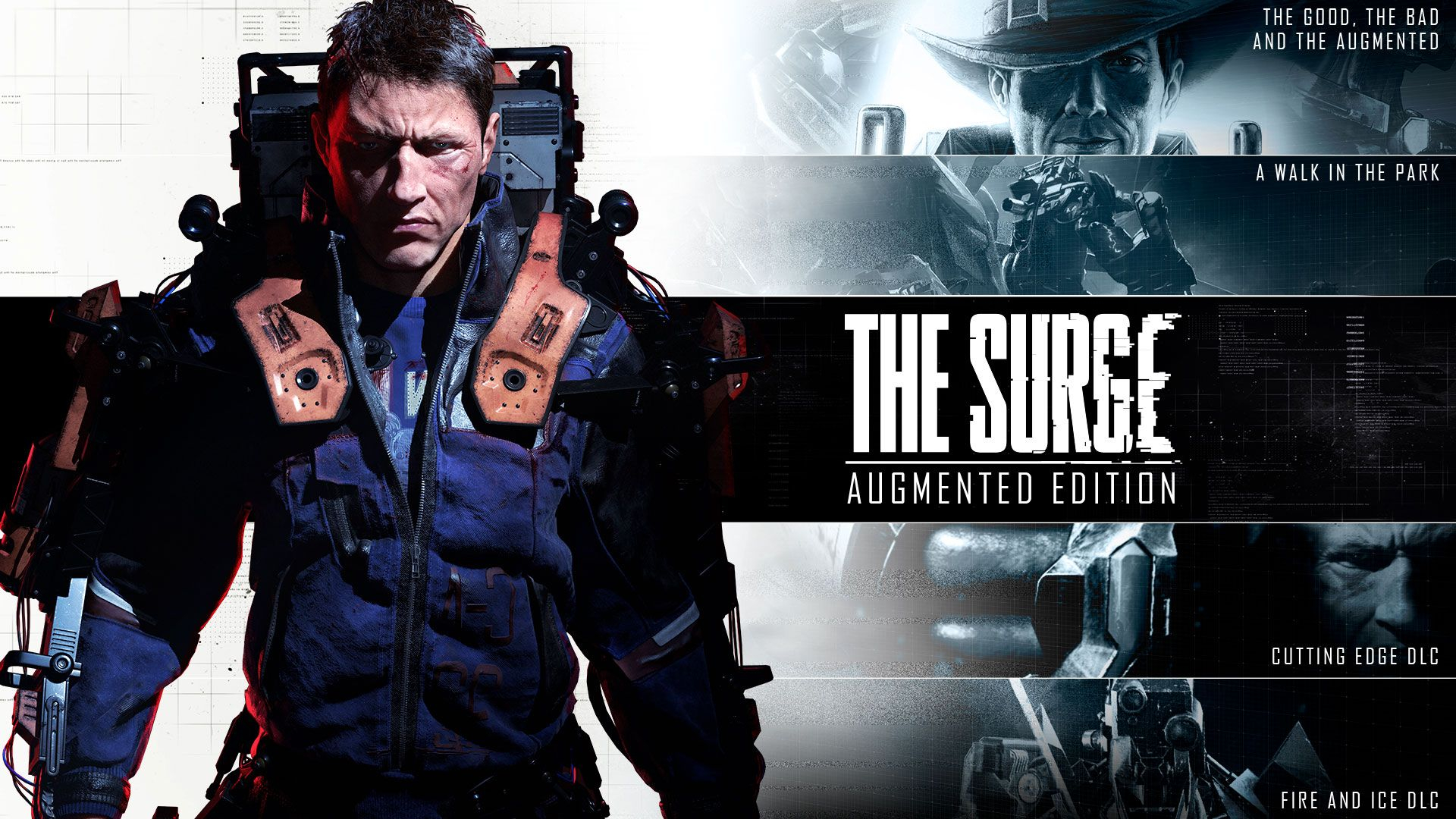 A catastrophic event has knocked you out during the first day on the job… you wake up equipped with a heavy-grade exoskeleton, in a destroyed section of the complex. Robots gone haywire, insane augmented co-workers and rogue AI - everything wants you dead. Defy deadly enemies and huge bosses in tight, visceral melee combat. Target and slice specific limbs off your foes, with a next-gen loot system where you loot what you dismember. Equip, upgrade and craft new weapons and armors sliced from enemies, and make yourself stronger through a fresh take on leveling-up. 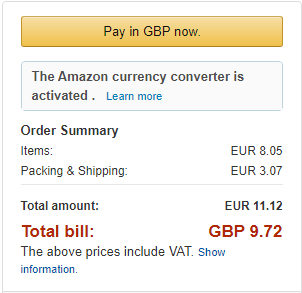 It will be in German or English too?

Yes it plays in English. But the cover is German. Augmented edition in physical form was only released in Germany.
7th Feb
Purchased
8th Feb
Pricedrop to EUR 5,03
9th Feb
Bargain! £7.09 now at GBP price on Amazon.

Not got access to my Revolut to faff around but would have been £6.88 roughly with fee free card.

Awesome finds mate. Only if I didn’t have the other two games...
9th Feb

Awesome finds mate. Only if I didn’t have the other two games...

Good deal, nice spot with The Surge.
10th Feb
Hi, anybody know how to request refund on price difference? Ordered with original price and then it dropped the next day. Thanka in advance for any help.
11th Feb
PSA: The Surge DLC is a code. Recieved my copy today. You must have a German account to redeem it. Plus, it expires on 26/02/2020 so you need to redeem it soon!
11th Feb

Hi, are You sure it requires German account to redeem? I am waiting for my copy amd was hoping it would be possible to redeem on my Uk account.
11th Feb

Yup, tried several times. Had to look up a translation guide to set up a DE account for myself. That did the trick though.
11th Feb

Thanks for replying, now I am wondering is it worth the hassle to create another account just for one game. Sony is taking a p...
11th Feb

You'll be able to play it on your regular account, but a German one is required to actually redeem it.
11th Feb

Yeah i know, but dlc will not be tied to my main account, i don't like to have like 3 different accounts to use my games or dlc. At least Microsoft is better in that matter.
11th Feb

I can confirm this, got my copy today and DLC is region locked to Germany, so you will need an additional German account. Bummer
27th Feb