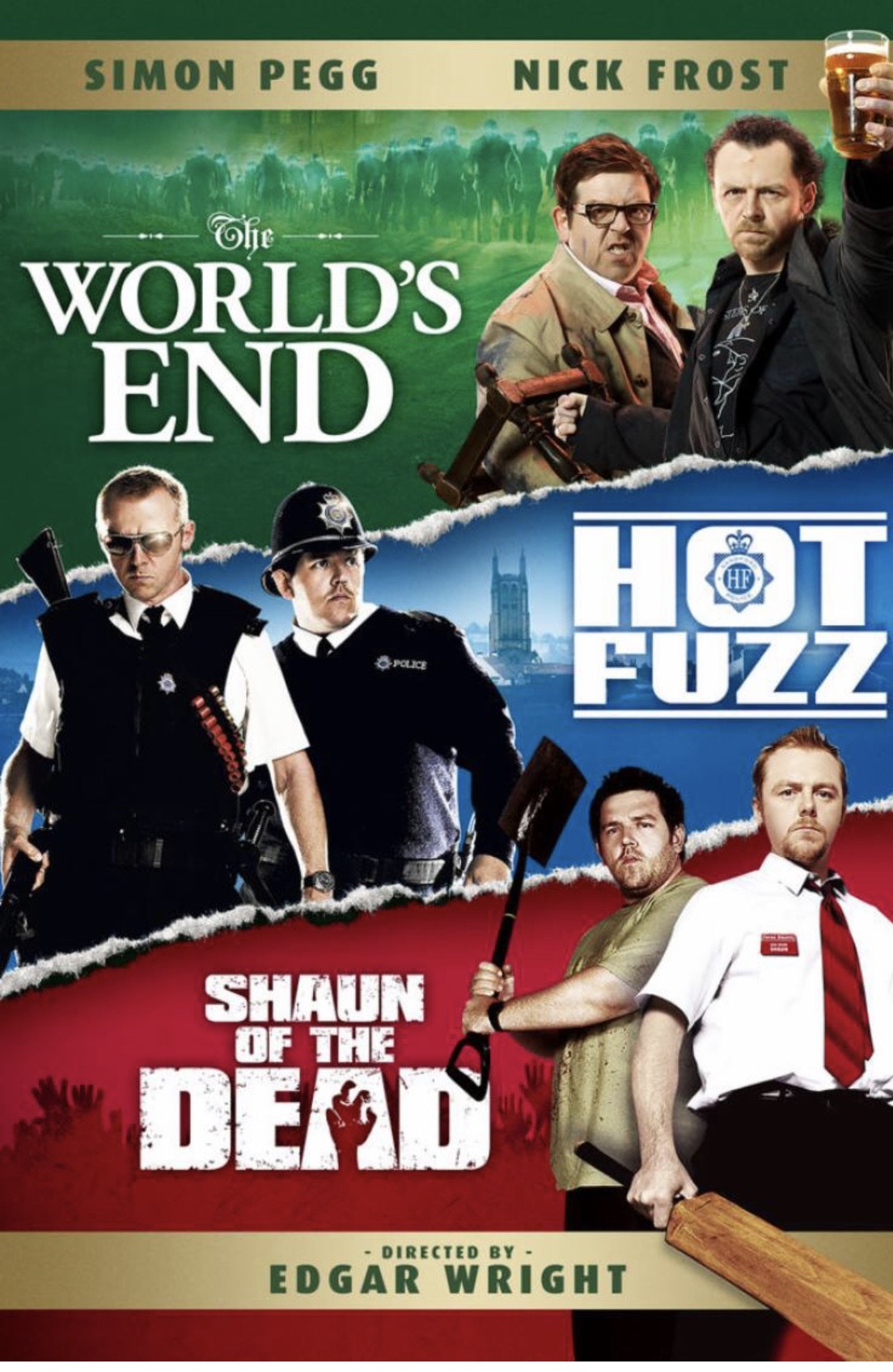 There comes a day in every man's life when he has to get off the couch.and kill some zombies. When flesh-eating zombies are on the hunt for a bite to eat, it's up to slacker Shaun (Simon Pegg) and his best pal Ed (Nick Frost) to save their friends and family from becoming the next entrée. Novelist Stephen King gushes Shaun of the Dead is "a 10 on the fun meter and destined to be a cult classic" and Newsweek calls it "a bloody hoot!"

Nicholas Angel (Simon Pegg) is a big-city cop who can't be stopped- but he's making everyone else on the force look bad. When he is reassigned to a small, quiet town, he struggles with this new, seemingly idyllic world and his bumbling partner (Nick Frost). Their dull existence is interrupted by several grisly and suspicious accidents, and the crime-fighting duo turn up the heat and hand out high-octane, car-chasing, gun-fighting, big-city justice in this hilarious hit critics are calling, "Outrageous! Uproariously Funny!" (Thelma Adams, US Weekly)

Twenty years after their first epic pub crawl attempt, the "five musketeers" reunite to complete the ultimate challenge- one night, five friends, twelve bars - a boozy quest on which only the strongest will survive. They soon realise that reaching their final pub, The World's End, may be the least of their troubles. They're having the time of their lives, ready to take on the world.but tonight they may have to save it. Simon Pegg and Nick Frost reteam with director Edgar Wright in this wildly entertaining thrill ride that critics call "sheer comic perfection" (Peter Travers, Rolling Stone).

Of prices.
11th Jun
Well this is a great price unlike whoever it was posting £40 earlier
11th Jun 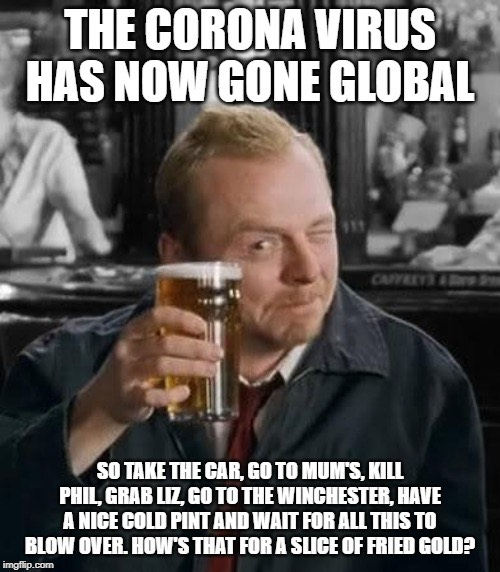 ...of the Dead?
12th Jun
Not seen Worlds end yet, looks decent but people say it’s not so good.

Haven’t risked it though since Shaun of the dead and Hot Fuzz are so terrible.
12th Jun
Thought this was a pack of ice cream cones! Strawberry mint and chocolate!
12th Jun

They’re all terrible, highly overrated films
12th Jun
Great films and a great price. I picked up shaun of the dead and hot fuzz during mega movie week, so this deal isnt for me as only need the worlds end. Im sure that will come up on offer shortly. Heat added OP
12th Jun

So glad you're playing it safe mate... Well done.

Thanks, it's a dangerious world out there.
12th Jun

There have been other deals for this recently were people were commenting about what they thought of Worlds End, so I came here to read those comments.
12th Jun
Shaun of the Dead is one of my favourite movies.

Hot Fuzz is decent, it was actually better on a second viewing some years after. Well worth watching.

The Worlds End is terrible and should be booted out of the Cornetto trilogy and replaced with something worthy.