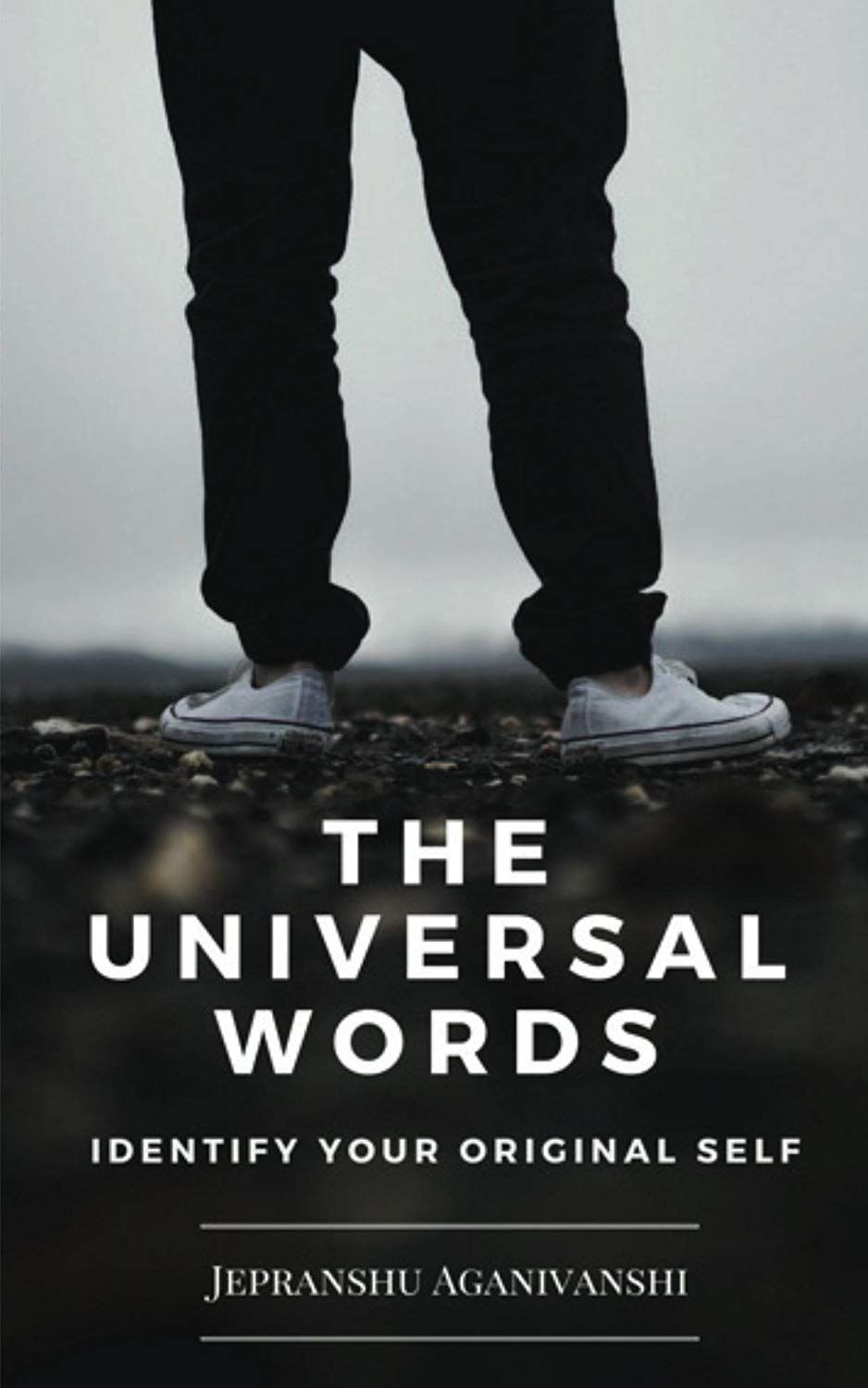 Product Description
Everything is dynamic in this stable form except The Universal Wisdom which collectively guides the self to the states of Awakening & Beyond. Every human being is a super human being not gifted with super natural powers but blessed with super natural sensory abilities which the majority of human beings never realise about in their lifetime. Everything is in a cycle and getting out of it is oneself's biggest task at hand. The Universal Words discusses those integral words of our common rulebook of nature and its living beings that a human being commonly encounters while on its journey of spiritual awakening at first and enlightenment thereafter.

The book is divided in to two parts, 'The Early Phase' and 'The Culminating Phase' metaphorically explaining the two stages of a human's so-called self-realisation journey. It has 60 medium length poems along with 16 'doha' (couplets) and 7 intersections (short poems) arranged in a manner in which the cycle of an individual's realisation generally takes place from being in an Unknown state to being a Learner to becoming an Observer to understanding deep mysteries of Existence to integrating the Self with That Only Self.

Time will never arrive by itself, one has to initiate it at first. Read and dig The Universal Words and become more aware of your own ongoing journey of working days and sleeping nights. Get on to an Inner Ride and understand the single reason behind everything which was denied. Realise your True Inner Potential and Reveal for Your Self, its Original Self.

About the Author
Jepranshu Aganivanshi is a keen observer of both natural and man made systems which collectively forms the system of human individuals & societies. He loves reading within disciplines & that has showered upon him a sense of inter-disciplinary perspective he says. He's an Architect and a Human Development Planner by education and a Knowledge Enthusiast by nature. Words are important for him and so came the art of poetry he feels. It streamlines his thought process in sync with the larger picture of the larger vision he says. One thought poster of his room says - 'Explore your ideas and be creative, little things make the real change'.
PostTweetShare Share with WhatsApp Share with Messenger
Community Updates
Amazon DealsAmazon discount code
New Comment Subscribe Save for later
2 Comments
2nd Feb
Not free! It's 99p
2nd Feb
99p refund now being processed... thanks