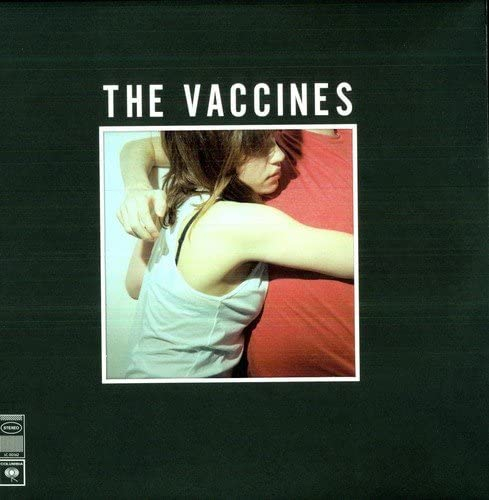 Price drop for this superb debut.

Influenced by the likes of The Ramones and The Stooges, London-based four-piece The Vaccines release their debut album 'What Did You Expect From the Vaccines'. Hotly tipped as part of the BBC Sound of 2011 poll, The Vaccines prove what all the fuss has been about with a record boiling with attitude and energy, featuring the singles 'Wreckin' Bar (Ra Ra Ra)' and 'Blow It Up'.

Tracklist:
1. Wreckin' Bar
2. If You Wanna
3. Lack Of Understanding, A
4. Blow It Up
5. Westsuit
6. Noergaard
7. Post Break Up Sex
8. Under Your Thumb
9. All In White
10. Wolf Pack
11. Family Friend
PostTweetShare Share with WhatsApp Share with Messenger
Community Updates
Amazon DealsAmazon discount code
New Comment SubscribeSave for later
20 Comments
15th Jun
Good album, good price.
15th Jun
Gone back up now
15th Jun
Gutted I missed this
15th Jun
Heat
Got "if your wanna" in my head now
15th Jun
Expired now £14.98
18th Jun
Back at £12.50 if anyone missed this
20th Jun
Great album, one I always come back to
21st Jun
The base line at the start of "all in white" ringing out across a festival. *sigh good times *
24th Jun
Now reduced even further to £11.75.
Edited by: "G0rdonGekko" 24th Jun
24th Jun
Glad I missed it first time round now. Great album, ordered
24th Jun
Glad I found this one, it hasn’t notified me though, may be worth messaging HUKD
24th Jun
Great album
24th Jun
Great Album.
25th Jun
Great album and band - hope to see em again - maybe next year.
26th Jun
Thanks, just cost me a bit, will have to get the rest of what they have done.....
27th Jun
Ordered yesterday. Thanks op.
1st Jul
Now £10.99.
1st Jul

amazon.co.uk/Com…537 this is a great price too
6th Jul

I just received this.. Ended up being signed which is a bonus..
6th Jul

I just received this.. Ended up being signed which is a bonus..