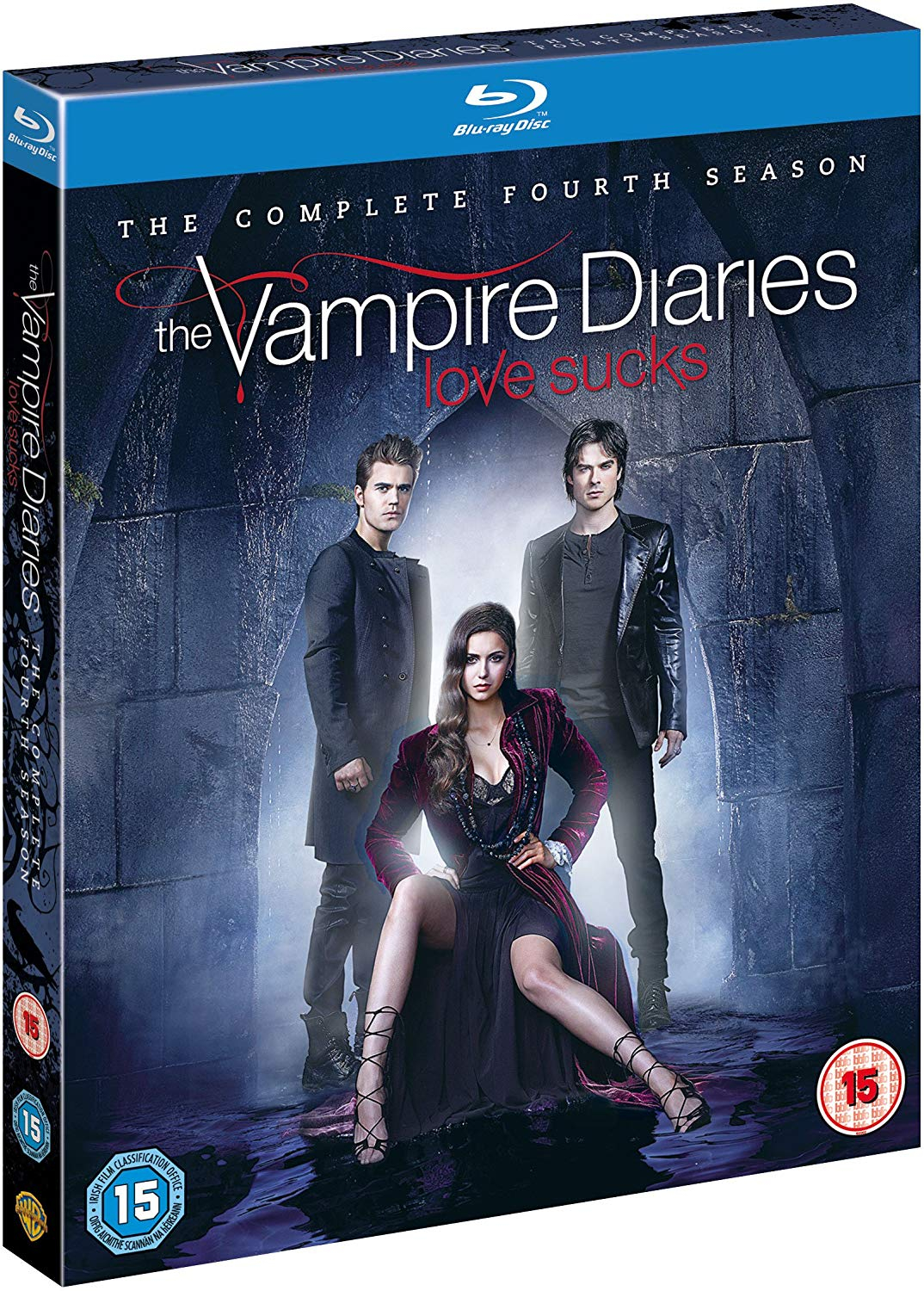 Based on the best-selling book series, The Vampire Diaries is the story of two vampire brothers obsessed with the same gorgeous girl in a small town where supernatural beings live in secret amongst its residents.

The fourth season starts off with everything in transition. Elena faces her worst nightmare as she awakens from her deadly accident to find she must now endure the terrifying change of becoming a vampire -- or face certain death. Stefan and Damon are torn even further apart over how to help Elena adjust to a life she never wanted, and everyone must cope with the chaos created after the vampires and their supporters were outed to the town council and local leaders. Despite everything, as Elena and her friends enter into the final stretch of high school before graduation sends them on different paths, they feel the bond to their home town of Mystic Falls take on a deeper meaning when a new mysterious villain is introduced who seems intent on destroying it.

Senior year is finally here, and Elena should be having the time of her life. Instead, she faces her worst nightmare, struggling with the painful transformation from human to vampire. As Damon mentors Elena into a supernatural life, their repressed passions explode, causing Stefan to undertake a desperate quest to restore humanity to the girl he adores. But as Elena ruthlessly quenches her newfound thirst for blood, and her friends race to find a vampire cure based on clues inked onto Jeremy’s flesh, the world around them falls prey to a host of sinister forces. Mystic Falls takes on vampire hunters, a hybrid rebellion and more in all 23 pulse-pounding Season Four episode.
PostTweetShare Share with WhatsApp Share with Messenger
Community Updates
Amazon DealsAmazon discount code
If you click through or buy, retailers may pay hotukdeals some money, but this never affects which deals get posted. Find more info in our FAQs and About Us page.
New Comment Subscribe Save for later
5 Comments
17th Dec 2019
I don't think Ultra Violet works anymore but great price for a great show heat given x
22nd Dec 2019

I bought this and Resident Evil The Final Chapter at the same time. Resident Evil UV code still works but this one doesn't as far as I can see. The Resident Evil one works as it asks you to redeem at Sony who have changed their site to allow you to redeem it on Google Play instead. This one wants you to redeem on Flixster which are shut down completely from 19th December so may have worked until then but not anymore. These UV codes used to be redeemable at multiple places though so it may be that there is one old UV linked site that is still operating and allows redemption of this.
22nd Dec 2019

My flixster has just gone to Google play.

Yes, you migrated your existing library so most of your content is now on Google Play, but I was saying you can no longer redeem codes on Flixster (which you already expected based on your earlier message), however you can if it is a Sony UV code as they have changed how it transfers, so it appears not all UV codes are equal.
22nd Dec 2019
I may have found a working page to get this to work (having tried another one I hadn't redeemed but that one doesn't work and has a strange error). I tried the Vampire Diaries code and it seemed to work but I then found I already had this season digitally on my account so can't verify if it can still be migrated afterwards, but it said the code was accepted at least so someone else could try.

Put the code in on this logging into your Flixster account and then go to the migrate page and scroll down to see if it will let you migrate the content to Google Play still.
Edited by: "nige182" 22nd Dec 2019