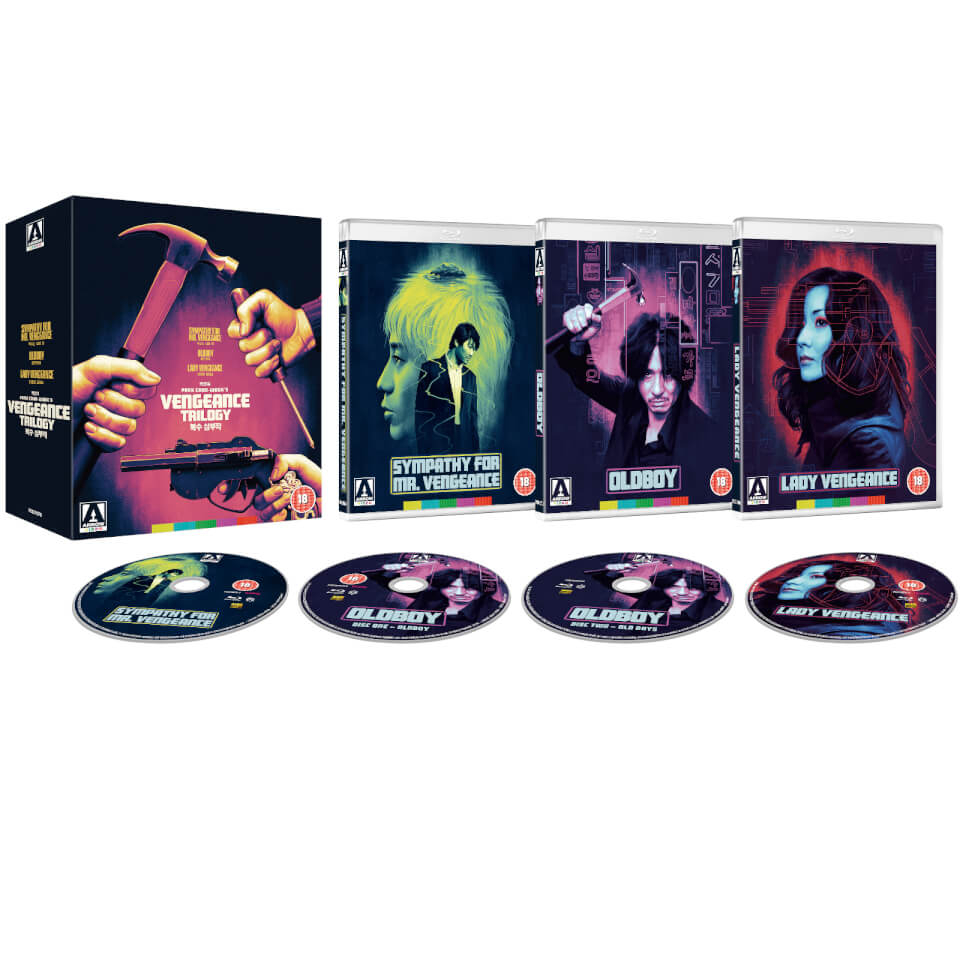 The Vengeance Trilogy Blu-Ray (Arrow Video) £22.68 at Zavvi (With Code) 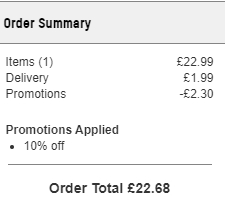 Sympathy for Mr Vengeance tells the harrowing tale of a young deaf-mute man, Ryu, who kidnaps a wealthy businessman’s daughter in an attempt to extort money to pay for his sister's kidney transplant. A terrible accident sets the child’s father on a fateful path of revenge. Oldboy tells the grisly story of Oh Dae-su, a normal man inexplicably imprisoned in a grim hotel room-like cell for 15 years, without knowing his captor or the reason for his incarceration. Eventually released, he searches for answers and retribution. Lady Vengeance tells of Lee Geum-ja, a model prisoner serving a sentence for a murder she did not commit, who plots a dastardly revenge against the real murderer when she gets out.

Park Chan-wook’s visually stunning masterworks of revenge are presented in this new collection with a massive array of extras, including the feature-length Oldboy making-of documentary Old Days.

I got the LE set but I much prefer the packaging on this set.
22nd Feb
If you have the taste for Korean movies after watching Parasite. Put these on your list.
22nd Feb
I remember getting the dvd trilogy about 10 years ago and it included a hammer (which was actually a bottle opener).
22nd Feb

And was the outer box split? That happened a lot.
22nd Feb

Me too. I'm thinking about selling it and getting this.
22nd Feb
Only £20.69 if you are red carpet member.
22nd Feb
Lady Vengeance is probably my favourite out of the three. That sick nonce got what he deserved
22nd Feb
With red carpet it’s £20.69
23rd Feb

Mr is my favourite
23rd Feb

Nice that Korean Cinema is finally getting some recognition.

I have hundreds of Korean DVDs. I think one of my first was The Foul King, which came bundled with a wrestling mask if you pre-ordered it
23rd Feb
Good luck receiving this in one piece from Zavvi. Most horrendous packaging ever and diabolical customer service. Amazon packaging is also poor, but slightly less so, but amazon customer service is superb for returns.
Only thing that sometimes arrives in one piece is zavvi steelbooks.

Cold because anything other than steelbooks just isn't worth it with zavvi because although it may be cheaper, it will 9 times out of 10 arrive damaged.
Edited by: "r4963" 23rd Feb
23rd Feb

What's red carpet. Does it guarantee they'll actually use proper packaging and not a very thing bubble mailer?
23rd Feb

Better packaging as in nicer artwork featuring all of the movies rather than emphasising just Oldboy, which it was originally going to be.

Amaray cases are fine. The problem with digipaks is that they get grubby over time despite how well you look after them.