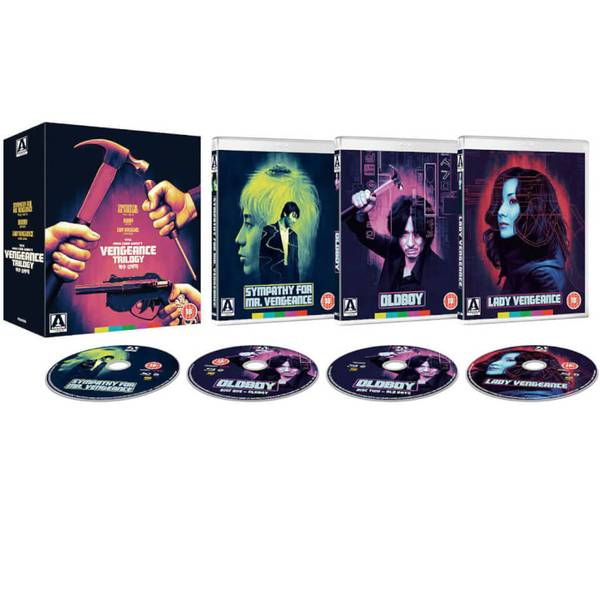 Thanks to Krypto_as the amazon deal has gone oos
"Just in case you did want to purchase it you can do so from Zavvi for the same price. You have to use the discount code FREEAC for free delivery"

Sympathy for Mr Vengeance tells the harrowing tale of a young deaf-mute man, Ryu, who kidnaps a wealthy businessman s daughter in an attempt to extort money to pay for his sister's kidney transplant. A terrible accident sets the child s father on a fateful path of revenge.

Oldboy tells the grisly story of Oh Dae-su, a normal man inexplicably imprisoned in a grim hotel room-like cell for 15 years, without knowing his captor or the reason for his incarceration. Eventually released, he searches for answers and retribution.

Lady Vengeance tells of Lee Geum-ja, a model prisoner serving a sentence for a murder she did not commit, who plots a dastardly revenge against the real murderer when she gets out.

Park Chan-wook s visually stunning masterworks of revenge are presented in this new collection with a massive array of extras, including the feature-length Oldboy making-of documentary Old Days.