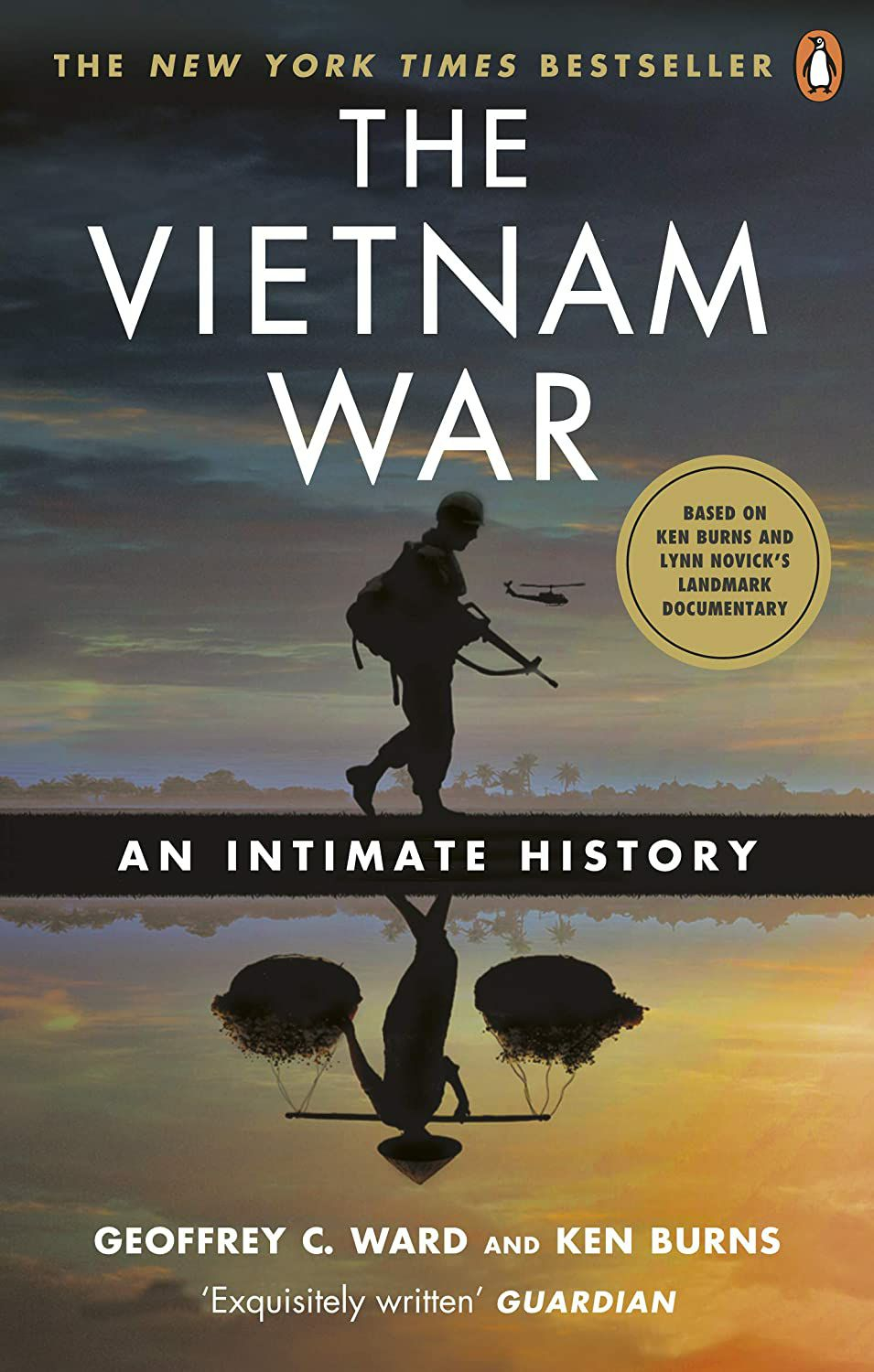 **The New York Times Bestseller**
**The book of the landmark documentary, The Vietnam War, by Ken Burns and Lynn Novick**

The definitive work on the Vietnam War, the conflict that came to define a generation, told from all sides by those who were there.

More than forty years after the Vietnam War ended, its legacy continues to fascinate, horrify and inform us. As the first war to be fought in front of TV cameras and beamed around the world, it has been immortalised on film and on the page, and forever changed the way we think about war.

Drawing on hundreds of brand new interviews, Ken Burns and Geoffrey C. Ward have created the definitive work on Vietnam. It is the first book to show us the war from every perspective: from idealistic US Marines and the families they left behind to the Vietnamese civilians, both North and South, whose homeland was changed for ever; politicians, POWs and anti-war protesters; and the photographers and journalists who risked their lives to tell the truth. The book sends us into the grit and chaos of combat, while also expertly outlining the complex chain of political events that led America to Vietnam.

Beautifully written, this essential work tells the full story without taking sides and reminds us that there is no single truth in war. It is set to redefine our understanding of a brutal conflict, to launch provocative new debates and to shed fresh light on the price paid in ‘blood and bone’ by Vietnamese and Americans alike.

"The companion volume to Burns' Vietnam War documentary series on PBS, the book stands alone as a powerful summary of the whole conflict. It tells the story of the war from every conceivable angle, including that of the young Vietnamese fighters. It's extraordinarily well-reported and written, and filled with memorable photographs and illustrations--a reminder that the war was, perhaps for the first time, shaped as much by powerful images as written reports."
--Lancaster Online, Mark Bowden's "Ten Favorite Books on the Vietnam War"

"A vivid and often captivating volume...a valuable resource."
--David Greenberg, The New York Times Book Review
PostTweetShare Share with WhatsApp Share with Messenger
Community Updates
Amazon DealsAmazon discount code
New Comment Subscribe Save for later
11 Comments
4th May
Thanks for posting, ordered. Heat from me
4th May
I watched the 10 episode series on a Emirates flight 3 years ago. Now I am going through it again on Netflix.... that war was an absolute disaster. I would recommend people to watch that documentary, it is a absolute masterclass.

will get the 📖 book. Heat.
Edited by: "RaiKush" 4th May
4th May
Heat added. Looks excellent with amazon reviews of 5/5 from 204 reviews. Thanks for posting.
4th May

Agreed. Gives a very balanced view of the war and a riveting watch.
4th May

Whats the show called ?
4th May

There you go mate.
4th May
Looks like it's all available to watch on YouTube
Edited by: "wellhellothere" 4th May
4th May
Thanks
4th May
And USA's deaths from Covid19 have now exceeded those from 28 years in Vietnam!
4th May
Peter Coyote absolutely narrates this documentary profoundly. If there was a PhD for narration, then this man has it. Keeps u gripped and your eyes intensely engrossed on your monitor/TV/Projector. Masterclass. Got the book now, so will go through it.
4th May
in summery gulf of tonkin was a lie and 80 thousends american soldier and millions of vietnamise died for a lie