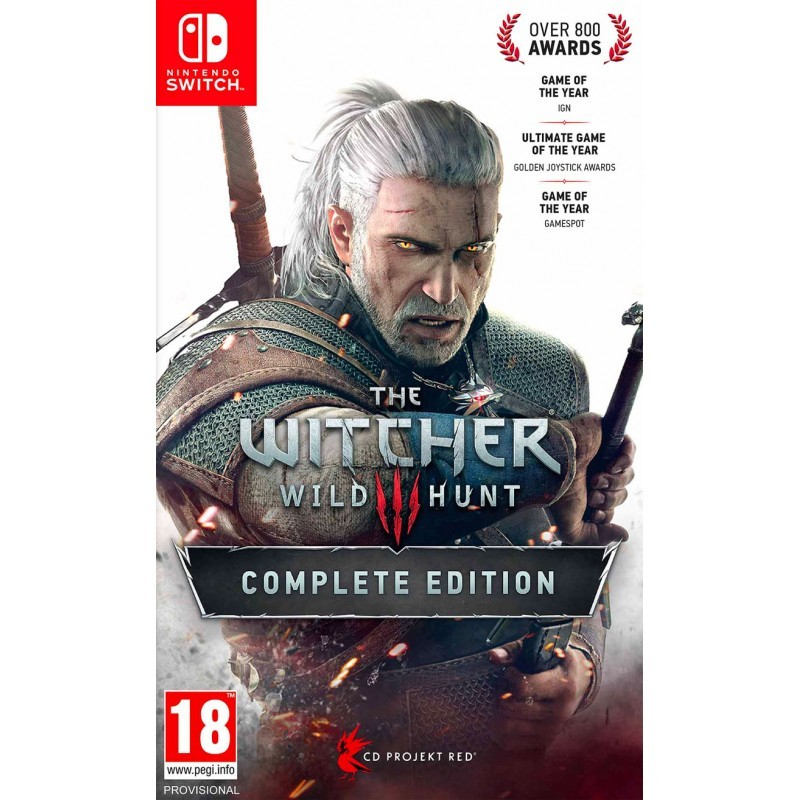 Cracking price for the Nintendo Switch version and includes all DLC (which are great btw).

Game Description:
Winner of over 250 Game of the Year awards, The Witcher III: Wild Hunt is a story-driven, open world adventure set in a dark fantasy universe.

You are Geralt of Rivia, mercenary monster slayer. At your disposal is every tool of the trade: razor-sharp swords, lethal mixtures, stealthy crossbows, and powerful combat magic. Before you stands a war-torn, monster-infested continent you can explore at will. Your current contract? Tracking down the Child of Prophecy, a living weapon that can alter the shape of the world.

The Complete Edition contains every piece of downloadable content released for the game, including two massive story expansions: Hearts of Stone & Blood and Wine. It's the perfect opportunity to enter this world for the first time or relive the adventure - on the go!

Metacritic Score: 85 / 100
PostTweetShare Share with WhatsApp Share with Messenger
Community Updates
The Game Collection DealsThe Game Collection promo code
If you click through or buy, retailers may pay hotukdeals some money, but this never affects which deals get posted. Find more info in our FAQs and About Us page.
New Comment Subscribe Save for later
14 Comments
18th Dec 2019
This release beats many collector editions in terms of the amount of goodies added, not to mention that it is an awesome game
Edited by: "Dinth" 18th Dec 2019
18th Dec 2019
You have to love the Nintendo tax.
18th Dec 2019
I think I just got the last one in stock. Sorry!

You have to love the Nintendo tax.

You have to love the Nintendo tax.

why here the price is desevered it was bulit from the ground up for the switch and people put hundreds of hours into making it, so for all that hard work they shoudnt get the paid, if it was you on the team i bet you would be upset if you got paid less money so they could put it out a £20!

also its the first game on larger cart.

Buy a PC and get it on that for this price

Didn't know you could take a pc on the go, you do know that's the big selling point of this version and not everyone has pc able to run this game.

Never understand why the " master race " need to make posts like this if people wanted on Pc they would not be looking at the switch deals.
18th Dec 2019

Agree with this completely. I bought this for PS4 but can't get extended periods of time in on it - bought again on Switch to play on he sofa when the TV is otherwise in use and I can still be relatively socialble with the rest of the family.
18th Dec 2019
The nintendo tax is what puts me off buying this. I have the Wither 3 for both Xbox and PS4, love it, but its 3 times the price currently, and it looks awful on switch. If this was £20 even £25 I'd excuse the image quality, but for such an amazing and beautiful game, it deserves to be played on something beefier. Even an Xbox One. 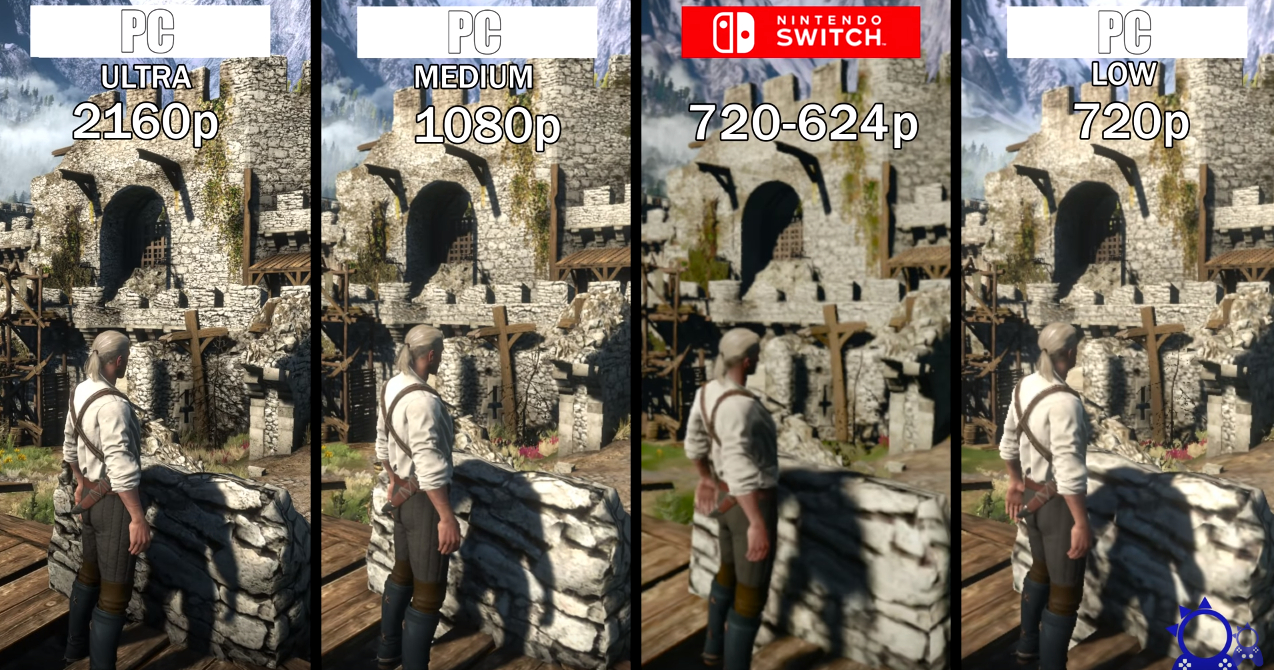 I second this, I've owned it on switch and it looks appalling. If anyone has the option, they should get it on any other platform.
18th Dec 2019
TV series of this starts on Friday! So if you’re a fan of the game, might be worth checking out! I’m looking forward to it
Edited by: "Madgick3" 18th Dec 2019
19th Dec 2019
I have it on PS4 (not Pro, sadly) and Switch. I would love an option to turn off TAA, but other than that I think it’s better than I could ever have imagined it would be.

Clearly they’ve dialled things back quite a bit, but as the screenshot above shows, it’s recognisably the same (beautiful) game and it runs at a pretty consistent 30fps.

I think it’s such a stunner that if you’re going to play it docked, Switch is obviously the worst option - but worst or not, it’s still not a bad option for what is absolutely a must-have game. I’m happy I own both.