A lot of game for the money


The Witcher: Enhanced Edition Director's Cut
The Witcher is a role-playing game set in a dark fantasy world where moral ambiguity reigns. Shattering the line between good and evil, the game emphasizes story and character development, while incorporating a tactically-deep, real-time combat system.

Become The Witcher, Geralt of Rivia, and get caught in a web of intrigue woven by forces vying for control of the world. Make difficult decisions and live with the consequences in a game that will immerse you in an extraordinary tale like no other.

A time of untold chaos has come. Mighty forces clash behind the scenes in a struggle for power and influence. The Northern Kingdoms mobilize for war. But armies on the march are not enough to stop a bloody conspiracy...

The Witcher 3: Wild Hunt
The Witcher: Wild Hunt is a story-driven open world RPG set in a visually stunning fantasy universe full of meaningful choices and impactful consequences. In The Witcher, you play as professional monster hunter Geralt of Rivia tasked with finding a child of prophecy in a vast open world rich with merchant cities, pirate islands, dangerous mountain passes, and forgotten caverns to explore.

PostTweetShare Share with WhatsApp Share with Messenger
Community Updates
Steam Store DealsSteam Store voucher
New Comment Subscribe Save for later
13 Comments
23rd Jan
W3 Goty is also on sale, not sure that 1 and 2 are that great. Thanks for sharing!
23rd Jan

Yeah saw that too - think there is a seperate post for it.
23rd Jan
2 is decent enough
24th Jan

They're both excellent games, though the original is going to put most people off very quickly due to how dated it is. The Witcher 2 is an amazing game though (personally I prefer it to TW3), still looks excellent and plays similarly enough to the third game. Digital Foundry took a look back at it recently: 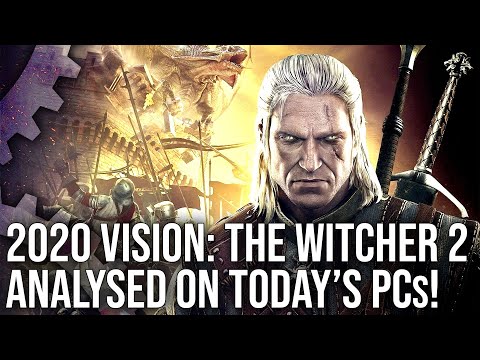 Awesome! I started with TW3 GOTY edition (plus watched the Netflix series) and am working my way backwards - so good to know. Great price for all 3 games. Have some heat from me OP.
24th Jan
Come er’e Roach
24th Jan
If you want The Witcher 3 GOTY Edition with all the DLC, but also want Witcher 1 & 2, I'm not sure if it's a better option to buy Witcher 3 GOTY on it's own first, then buy the bundle after as Steam usually discounts the bundle further by the value of the game you already own. I'm not an expert on how Steam discount their bundles though when you own games this is just a theory that could work out better for you if you want all the DLC instead of buying the Expansion pass for a further £7.99 after buying the trilogy.
24th Jan
Toss a coin to your witcher, oh valley of plenty.
24th Jan

"You cross oceans when I call but get caught on the tiniest fence"
24th Jan
If you want The Witcher 3 DON'T buy this bundle. You'll want the DLC for it and the expansion pass is £7.99.

Instead buy the £10.49 Game of the Year Edition and *then* this bundle with the tiny 10% discount for 1 & 2 if you want them. £13.44~ in total.
25th Jan
Really enjoyed the first time games myself best part is your decisions from 1 get carried to 2 and then onto 3 too so its the best way to experience it If you can give the older styles a chance
25th Jan
I'd personally go for GOTY. The first two games will be dated, so it may be harder to enjoy unless you feel nostalgic as you've played before. GOTY gives you two amazing expansion packs, I'm on the second one (Blood and Bones) and it adds an extra map, characters, armour, monsters and tonnes of quests. Really enjoying it. And I'm a person who doesn't finish games often
27th Jan
Witcher 2 is fantastic. Witcher 3 beats 2 in scale and content, but Witcher 2 is arguably more curated an experience. Kinda like comparing Arkham asylum to the later Arkham games.