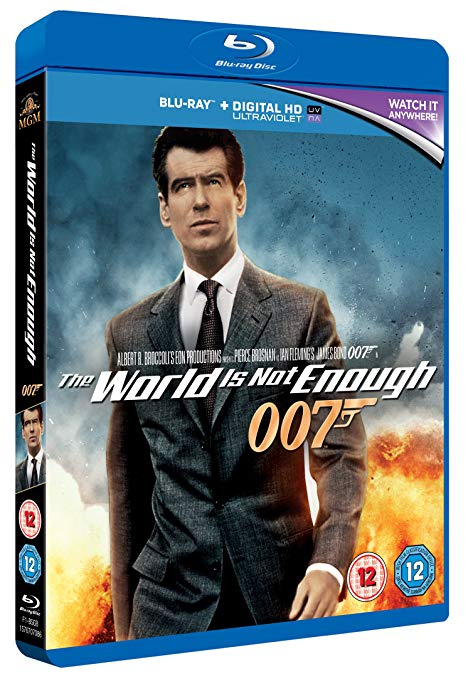 Not sure if this includes a redeemable UV code too?

Pierce Brosnan's third outing as Bond sees him come up against another dangerous nemesis - Renard (Robert Carlyle), a power-crazed terrorist intent on taking control of the world's oil supplies. Bond has his work cut out defeating Renard, as the villain has a bullet lodged in his brain which renders him immune to any pain. As his mission grows more perilous Bond also encounters sultry oil heiress Elektra (Sophie Marceau), and nuclear scientist Christmas Jones (Denise Richards).
PostTweetShare Share with WhatsApp Share with Messenger
Community Updates
Amazon DealsAmazon discount code
New Comment Subscribe Save for later
6 Comments
3rd Mar
Voted hot I would of thought it still come with code and should be valid no problem

If it does not come with code just email Amazon and they're probably refund you as it's advertised with code
3rd Mar
‘I’m having Christmas in Turkey’...one of my favourite Bond lines!!!!
3rd Mar
'I thought Christmas only comes once a year'
4th Mar

For the digital copy you mean? Ultraviolet has closed down anyway so the code would be useless.
4th Mar

Ultraviolet has closed down but if you redeem it at the the studio digital redemption site (e.g foxredeem.com/ if its a 20th century fox title as in the Amazon description) you may be able to redeem the digital copy at Google Play (Have found many other Fox titles with digital codes redeem at Google Play (not absolutely sure with James Bond titles)).
Edited by: "thomas58" 4th Mar
4th Mar