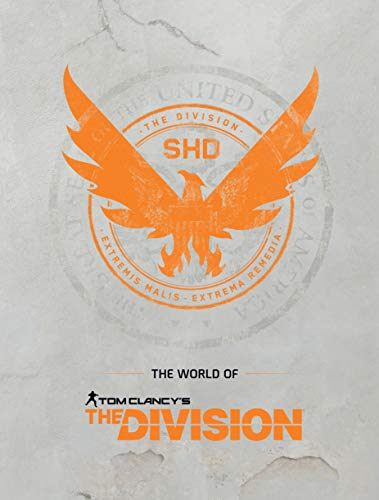 The World of Tom Clancy's The Division Hardcover Book £19.81 @ Amazon

Incisive lore and detailed art in a cunningly designed hardcover that will bring readers into the ravaged streets of New York City and Washington DC as seen in Ubisoft's record-breaking videogame series!

On Black Friday, a deadly biological attack was thrust upon the populace of New York. Within weeks, millions lay dead, and the city was placed under quarantine. The only force with any hope of restoring order are the embedded agents of the SHD - more commonly known as the Division. Despite the quarantine, the infection continues to spread across the country. Amidst a ruined government, a shattered infrastructure, and an eroding civilisation, the Division is now called to action in Washington DC - but if the agents fail, the capital will fall, and the nation with it.

The World of Tom Clancy's The Division is the meticulously crafted result of a partnership between Dark Horse books and Ubisoft Entertainment, offering readers a unique insight into the chaotic and dangerous world of the hit games. Don't miss this opportunity to learn all there is to know about the tactical methods, the high-tech tools, and the all-important mission of The Division!
PostTweetShare Share with WhatsApp Share with Messenger
Community Updates
2 Comments
Post a comment