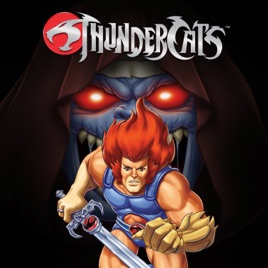 Never been below £39.99 on the UK iTunes store and cheapest ever on the US store.

All 130 episodes from the classic animated series. During the first season, the world of Thundera is in crisis. The planet's structure has become unstable and is near collapse. With their destruction imminent, Thundera's denizens, known as the Thundercats, escape in a spaceship and plot a course for a new home. While in transit, the Thundercats are attacked by evil mutants and their craft is irreparably damaged. Jaga, the eldest Thundercat, sacrifices himself in order to pilot the ship safely to its destination: Third Earth. 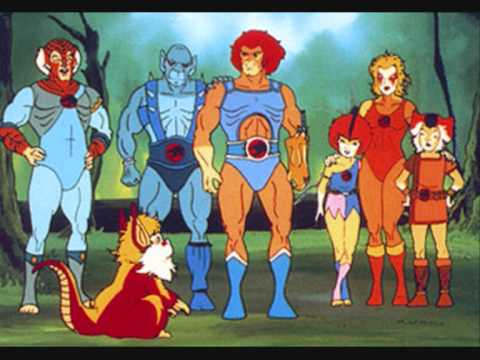 In the second season, when a recurring vision torments leader Lion-O, the Thundercats realise that three more Thunderians must have survived the destruction of Thundera. A daring rescue mission pits the Thundercats against the villainous Mumm-Ra, who has strengthened his forces of mutants and broadened the range of his dark territories. Ultimately Lion-O saves the new Thunderians, but the cost is high: Mumm-Ra becomes even more powerful and more determined to destroy the Thundercats. 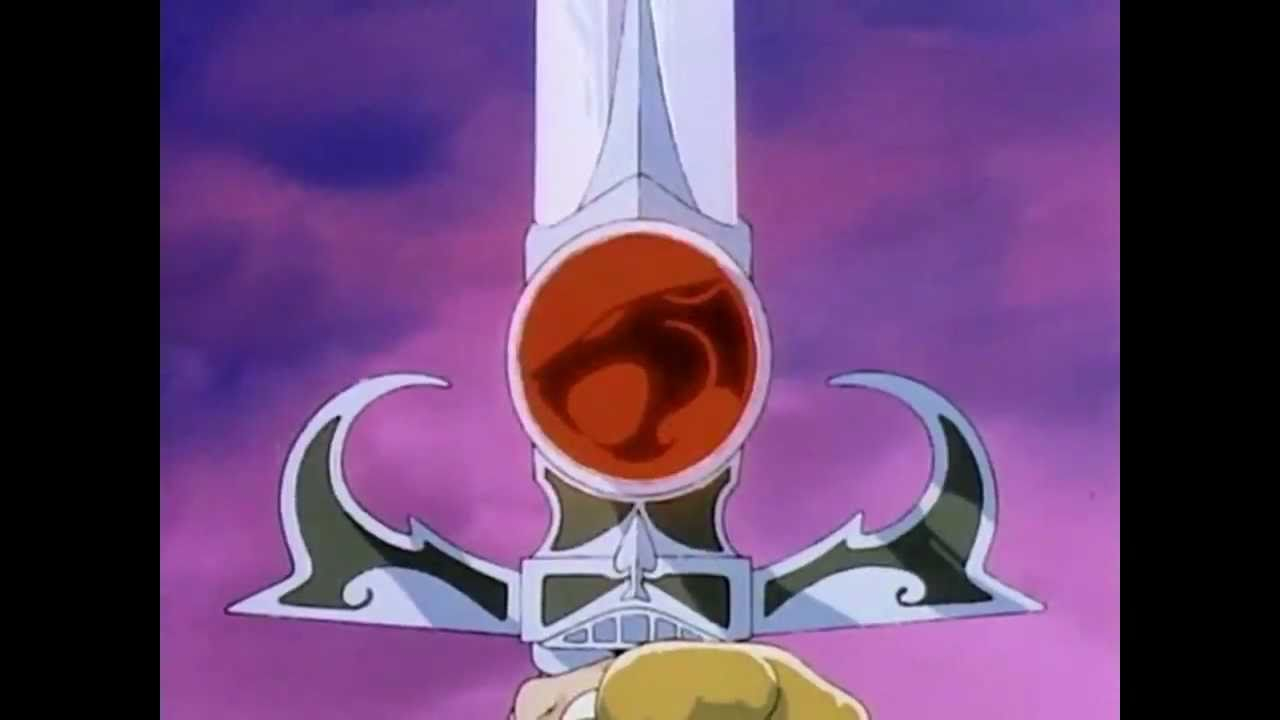 The ThunderCats, led by their fearless leader Lion-O, are a noble band of survivors from the peaceful world of Thundera. As the heroes adopt Third Earth as their new home and encounter alien beings galore – some friendly, some looking for a fight – they must brave their strange surroundings and newfound responsibilities as protectors. Watch as they face off against vicious mutants of Plun-darr and their evil master Mumm-Ra, who are bent on destroying the fledgling civilization. Experience all the exotic creatures, mystical powers and action-packed battles in this epic ThunderCats collection, with over 47 hours of thrill and excitement from every classic adventure!
PostTweetShare Share with WhatsApp Share with Messenger
Community Updates
ITunes Store DealsITunes Store voucher
New Comment Subscribe Save for later
Top comments
23rd Feb
Tried to get the kids to watch this but they were laughing at it all the way.

No HD on the horizon?

Hooooooooo
23rd Feb
Tried to get the kids to watch this but they were laughing at it all the way.

I got quite upset. This was one of my favs.
23rd Feb
Loved this show as a kid
23rd Feb
Amongst the best shows ever created! Hope they don't ruin it with a crap woke version of this in the future!
Edited by: "polarbaba" 23rd Feb
23rd Feb

I think they already have!
23rd Feb

I think they already have! 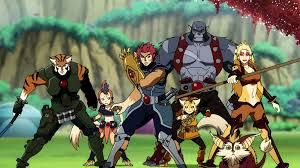 Panthro is in on it with them!
‌
23rd Feb

[Image] Panthro is in on it with them!

[Image] Panthro is in on it with them!

Sad to say, 'this' isn't even the ruined version. 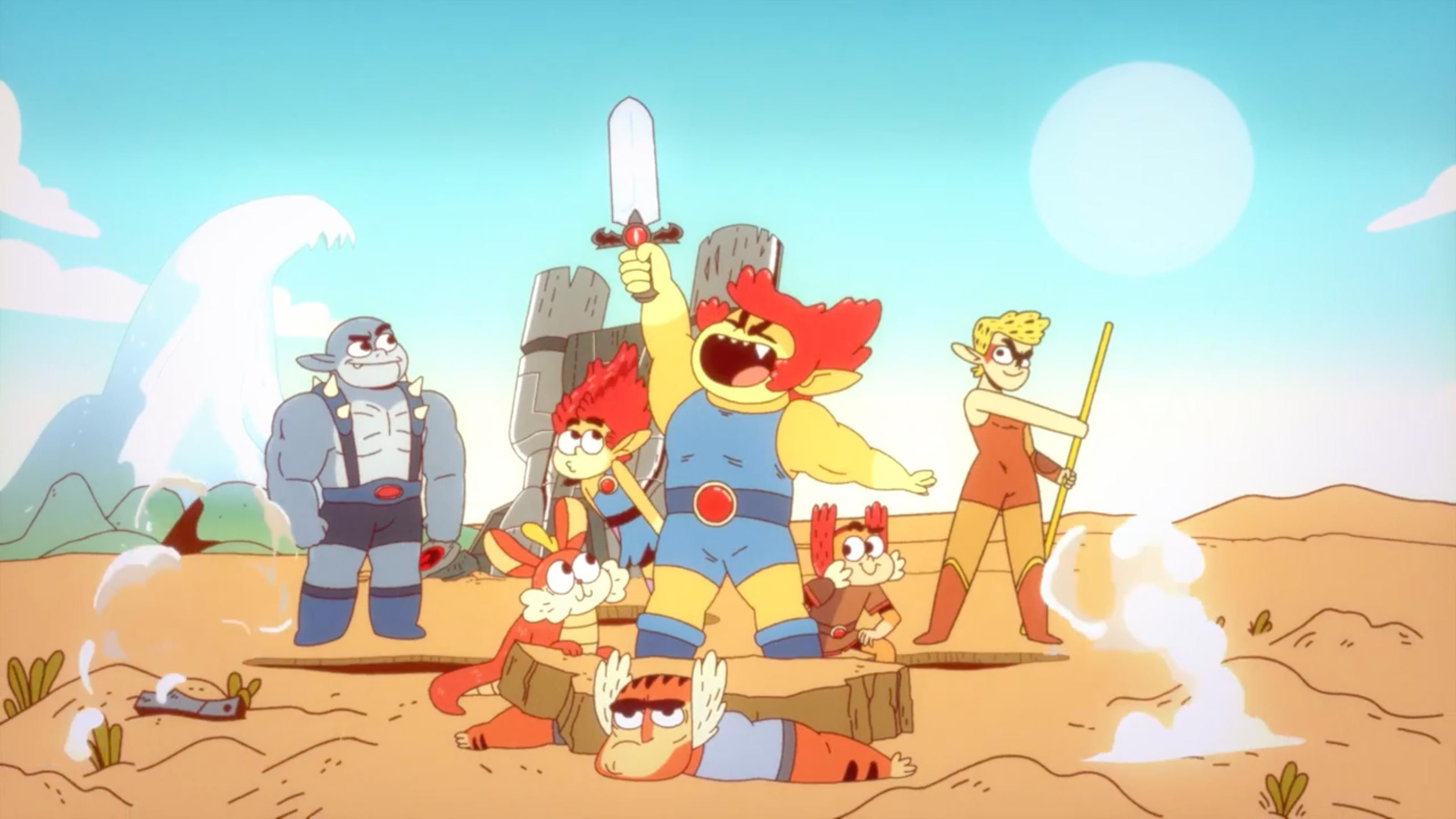 Is this a spoof?
Or are they trying to be serious with it?
23rd Feb

What a mess!. Is nothing sacred!
23rd Feb

Is this a spoof?Or are they trying to be serious with it?

Cartoon Network put this out a month ago

Is this a spoof?Or are they trying to be serious with it?

I think they are going the 'comedy' angle with it? But I haven't watched it or even know if it's released yet.
Found this video, but tbh it's so terrible I can't help feel its purposefully bad 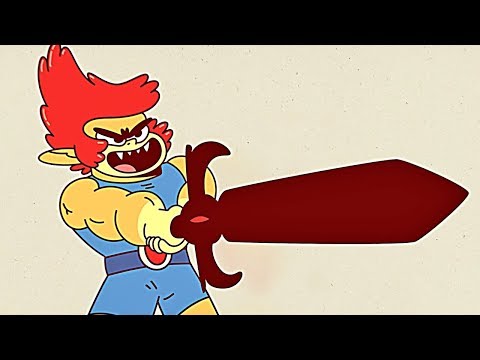 23rd Feb
How do people purchase US content on U.K. accounts? I want to buy some US only shows but never get past the address input.
23rd Feb

You need a US account. Can’t be done on a UK account. Here is a guide to creating one.

You would then buy US iTunes credit from somewhere like PC Game Supply or Target.com
23rd Feb

I tried to watch it when it was released on dvd over a decade now I think, it did not age well unfortunately.

23rd Feb
My favourite cartoon of my childhood the memories 😃
23rd Feb
I got this awhile ago. I was super excited...
I think some things are best left in memory as this was not anywhere near what I remembered.

Netflix have a great show about all these toys from my childhood called The Toys That Made Us. Well worth watching.

The Toys That Made Us is brilliant. The Movies That Made Us is pretty good too.
23rd Feb
got this on dvd few years back, was confused as they were all naked in the first episode, its not what i remember watching.
23rd Feb

Exactly what I thought. But they get their armour later on in the first episode
23rd Feb
Also tried to watch He-man with the kids.

But to be honest, I was cringing a little.
Was a bit too 70's. It wasn't what I remember.
Maybe because it was the first episode?

...Ho!
23rd Feb
Not sure about getting this..$30 for something that was very good in my memory but not sure if it will hold up now.
23rd Feb

I got it for the collection. I have Ninja Turtles, He-Man and Thundercats on iTunes now. Wish they would add Mysterious Cities of Gold, Dungeons & Dragons and Dogtanian

Just discovered Mysterious Cities of Gold is on iTunes but £14.99 for Season 1 which is all the 80s episodes.
Edited by: "ThePointyEnd" 23rd Feb
23rd Feb

Now that was a program and a half but I watched a few of these 80's cartoons back and I don't want to ruin the nostalgic feeling I get when I think back and ruin it for myself.

Love Jayce and the Wheeled Warriors One of my most favourites though was Voltron: Defender of the Universe (Lionforce)
23rd Feb

Didn’t realise Jayce was on the US store, just checked out the preview and the quality is far better than the DVD set I’ve got.