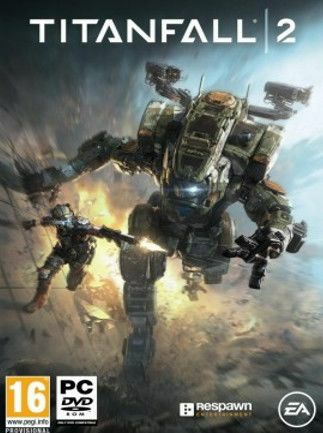 Great game for the price, especially for the ultimate edition!

Call down your Titan and get ready for an exhilarating first-person shooter experience in Titanfall™ 2! The sequel introduces a new single player campaign that explores the bond between Pilot and Titan. Or blast your way through an even more innovative and intense multiplayer experience - featuring 6 new Titans, deadly new Pilot abilities, expanded customization, new maps, modes, and much more.

Unlock the Battlefield™ 1 inspired Red Baron Warpaint for the Ion Titan in Titanfall™ 2 by playing both games on the same account.

Experience a captivating single player story. Titanfall™ 2 features a single player campaign packed with action and inventive twists. Play as a Militia rifleman stranded behind enemy lines, who encounters a veteran Vanguard-class Titan. The two must work together to uphold a mission they were never meant to carry out.

Enjoy multiplayer action that's second to none. The sequel gives players more of the adrenaline-fueled multiplayer combat they've come to expect from the franchise. Take the fast-paced, first-person action to the next level with more Titans, deadlier Pilot abilities, and much more. And be sure to stand out in the middle of all the chaos with new, expanded Pilot, Titan and loadout personalization options!

Join Your Friends on The Frontier. Titanfall™ 2 introduces Networks, the social tissue for Titanfall™ 2 that makes experiencing all the heart-pounding action with old friends, and new, fast and easy. Whether you prefer Social or Competitive play, you'll be able to create or join the perfect Network to suit you and your crew.
PostTweetShare Share with WhatsApp Share with Messenger
Community Updates
Origin (EA Store) DealsOrigin (EA Store) promo codes
If you click through or buy, retailers may pay hotukdeals some money, but this never affects which deals get posted. Find more info in our FAQs and About Us page.
New Comment Subscribe Save for later
2 Comments
15th Aug 2019
Phenomenal amount of AAA fun for less than a fiver - campaign is one of the best I have ever played! (Playing games since 1984 )
16th Aug 2019
Already posted