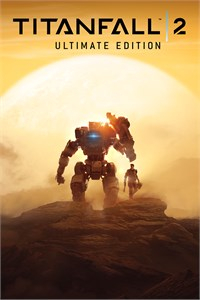 Cracking game, good price, if you don't have it, time to pick it up I think.

Thanks mate - hope all goes well with you.
18th Feb

Thanks mate - hope all goes well with you.

Good to know - all well here too
18th Feb

Good to know - all well here too

Good to hear!:D
18th Feb
One of amusing little touches is that the Titan shows an eject message when you're fired out the cockpit which is normally just something along the lines of pilot ejecting. However there's a small chance you'll get a different eject message mostly a quote from a film or similar such as A leaf on the wind or just another day at the office:

reddit.com/r/t…ir/
18th Feb
Brilliant game
22nd Feb
Is there still an active online community? I spent so many hours with the first Titanfall. Loved it<3