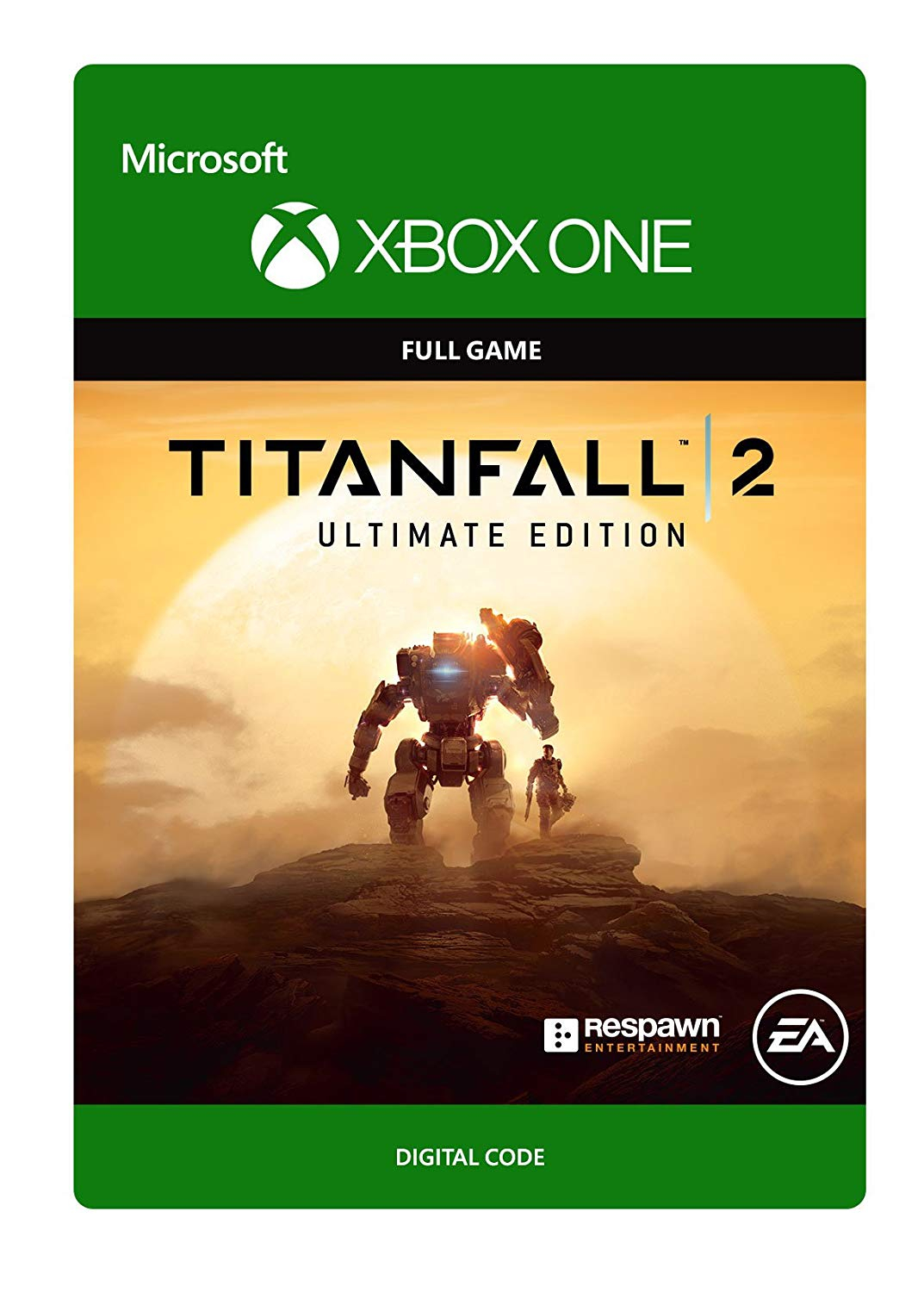 It's the same price at Microsoft Store but this might be helpful to those having gift balance to spend on Amazon UK.Sold by Amazon Media EU S.à.r.l.
Note: After purchase, this item is stored and can be downloaded again from Your Games Library.
By placing your order, you agree to our Terms of Use.
This product is non-returnable and non-refundable.
Note: Currently, this item is available only to customers located in the United Kingdom.
Platform: Xbox One Download CodeDescriptionThe best way to jump into one of the most surprising shooters of 2016 is with the Titanfall® 2 Ultimate Edition. Not only do you get access to all of the content included in the Digital Deluxe edition, this bundle also includes a Jump Start Pack which instantly unlocks all Titan and Pilot classes and arms you with the funds, Double XP tokens AND a custom warpaint skin for the R-201 Carbine all to get you up to speed on the Frontier. Ultimate Edition includes :(Scorch & Ion Prime Titans, Deluxe Edition Warpaint for 6 Titans, Deluxe Edition Camo for all Titans, Pilots & Weapons, Deluxe Edition Nose Arts for 6 Titans, Deluxe Edition Callsign),
Jump Start content (All Titans unlocked, all Pilot tacticals unlocked, 500 tokens to unlock loadouts, cosmetics and gear, 10 2x XP tokens), and
The Underground R-201 Carbine Warpaint.

You probably have amazon set to us. Didnt you change it for some US amazon download code deal in the past ?
29th Feb

I did own it but I'd never actually redeemed it (this thread reminded me too). Not sure what that means for me?
29th Feb

Think you'll avoid being sectioned as you actually own the game, but you're in for a treat
29th Feb

Is there a hidden setting somewhere, I've checked the obvious parts and everything is set to UK.
29th Feb

Nope. Buy it.
29th Feb
Such a great game for the money, every Xbox deserves a copy
29th Feb
The best FPS game on the market we need TF3
29th Feb
What a game. Can't believe I left it so long to play.
1st Mar
If you don't already have this, buy it. Fantastic game with a good campaign. Well worth it at this price.
1st Mar
My game of this generation. bit slow to get a multiplayer game at times but persevere as it’s so good. Much more balanced than cod etc
1st Mar
Excellent campaign. Get it bought!