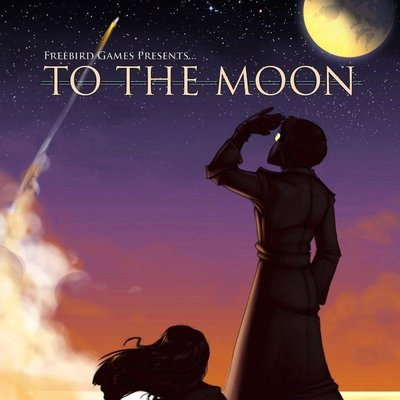 To the Moon is one of the most well-rated games on Steam, packing over 36K reviews and 96% of them are positive. The game tells a tale of two doctors exploring memories, and it's one of the most emotional games from the past decade. The game has gone cheaper but this is still a solid deal if you don't have it on your Steam library yet.

Regarding more about the game, it's a story-focused indie game straight from RPGMaker, that sure, can't scare some people off, but these Steam reviews don't lie. It's short, the soundtrack is incredible, the atmosphere and world is just fascinating and runs in every machine. As I said, this deal might not be the historical low (which is 1 cent from Humble six years ago) but it's the current best price and for the quality of the game I believe that £0.69 is fair game. I'm trying to avoid giving any more details on the story to make sure a spoiler doesn't come by mistake.

So, here's why this deal is a solid one

PostTweetShare Share with WhatsApp Share with Messenger
Community Updates
Indiegala Deals
New Comment Subscribe Save for later
4 Comments
5th Feb
For River...
5th Feb
Whenever I hear the piano music for this game it instantly brings tears to my eyes. Amazing game :')
5th Feb
Also on Switch now
5th Feb
Just be aware that there seems to be an ongoing issue at IndieGala lately where they don't actually have these keys available and you end up waiting days for your game. Just check their support forums.