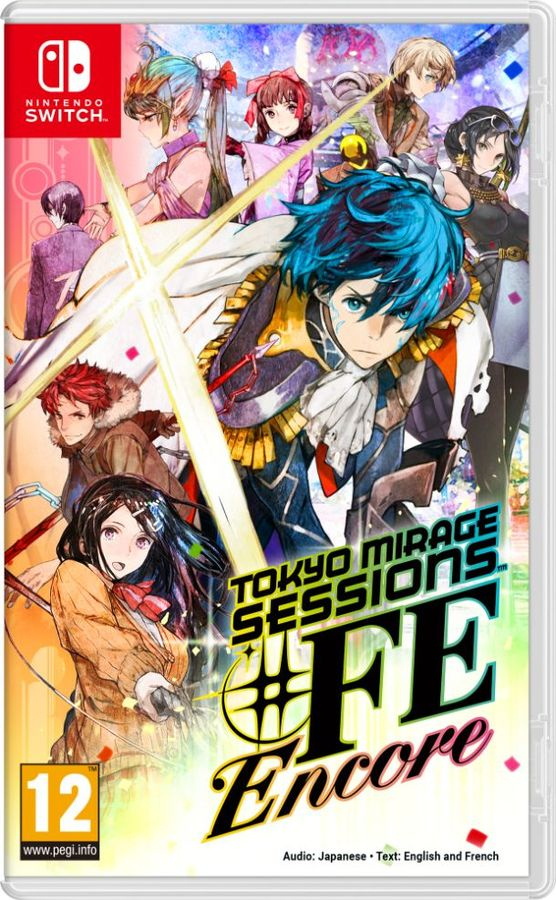 
The game that brought together the worlds of Fire Emblem and ATLUS is coming to Nintendo Switch. Tokyo Mirage Sessions ♯FE Encore is the Nintendo Switch version of the acclaimed RPG that originally launched on Wii U. This new version of the game contains a new song that wasn’t in the original, new story elements and the ability to take it on the go!

- The game that brought together the worlds of Fire Emblem and ATLUS is coming to the Nintendo Switch for the very first time
- A newly enhanced, definitive update of the critically acclaimed game that launched on Wii U in 2016
- The story follows a group of young music stars as they attempt to stop a mysterious invasion from another dimension
- Set in an alternative Tokyo and heavily inspired by Japanese pop-culture, the game uses a classic turn-based battle system and uses heavily-stylised graphics similar to Persona, the Shin Megami spin-off series
PostTweetShare Share with WhatsApp Share with Messenger
Community Updates
ShopTo DealsShopTo discount code
If you click through or buy, retailers may pay hotukdeals some money, but this never affects which deals get posted. Find more info in our FAQs and About Us page.
New Comment Subscribe Save for later
8 Comments
22nd Nov 2019
Preorder now been waiting for this to come up
22nd Nov 2019
Ps plus deal has broken their site its on a go slow for me
Edited by: "westy90" 22nd Nov 2019
22nd Nov 2019

Preorder now been waiting for this to come up

I wouldn't preorder yet, although I guess you can cancel if a better price comes up.
22nd Nov 2019

Yeah I'll keep an eye out

Tbh alot of games I want day one I've got cheaper preordering first thing, it can only go lower not higher.

if anime girls are your bag, that might bother you?
9th Jan
Tokyo Mirage Session FE Encore is back up for preorder at Shopto. shopto.net/en/…71/
17th Jan
Anyone had their copy dispatched? I recieved a dispatch notification yesterday, but my account still says processing.
17th Jan

yeah mine says shipped. I assume its been delivered - will find out when i get home