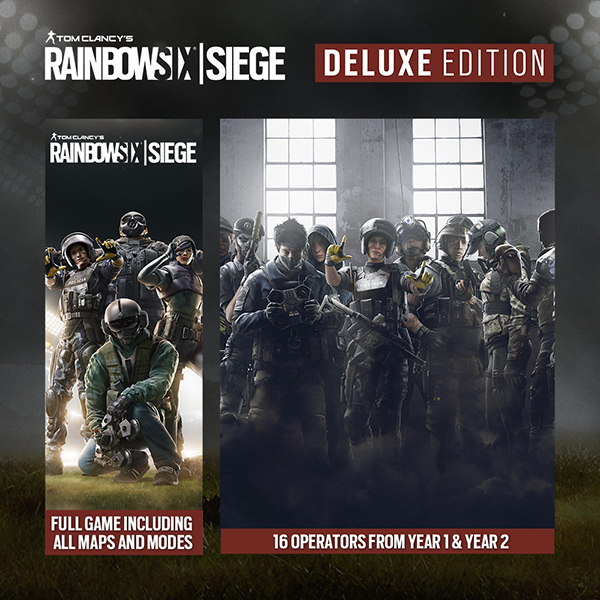 Tom Clancy's Rainbow Six Siege is 60% off at STEAM. Special promotion that ends at the 26th of March 2020. All other versions such as the Deluxe, Gold and Ultimate Editions have been discounted as well. The game also has partial controller support.

A snatch for any CS:GO fans or people who play FPS Games. Would highly recommend the Deluxe Edition as it comes with the full game and the 8 Year 1 Operators (Frost, Buck, Valkyrie, Blackbeard, Caveira, Capitão, Hibana and Echo) as well as being 67% off. 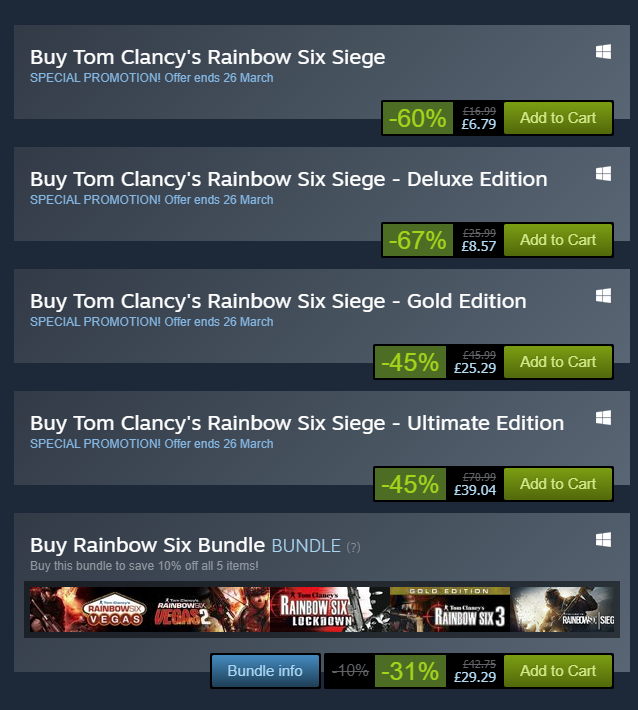 Cheaper on uplay through gamersgate.com

You have to use both (as in installs and binds to your Steam account and then opens uPlay as well).
10th Mar
Just a heads up, the deluxe edition also includes Year 2 operators aswell but you’ll also have to grind a it for renown for the original operators.

Thanks for the notice
10th Mar
deluxe £8.05 @Fanatical install on uplay fanatical.com/en/.