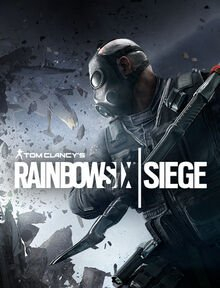 Use the code EXTRA20 to get it for the price mentioned.

Description
Squad up and breach in to explosive 5v5 PVP action. Tom Clancy's Rainbow Six Siege features a huge roster of specialized operators, each with game-changing gadgets to help you lead your team to victory.

Master the art of destruction and gadgetry.
Face intense close-quarters combat, tactical team play, and explosive action in every moment.
Experience new strategies and tactics as Rainbow Six Siege evolves over time. Change the rules of Siege with every update that includes new operators, weapons, gadgets and maps.

Rainbow Six Siege is the acclaimed first-person shooter franchise developed by the renowned Ubisoft Montreal studio for the new generation of consoles and PC. Inspired by the reality of counter terrorist operatives across the world, Rainbow Six Siege invites players to master the art of destruction. Intense close quarters confrontations, high lethality, tactics, team play, and explosive action are at the center of the experience. The multiplayer gameplay of Rainbow Six Siege sets a new bar for intense firefights and expert strategy in the rich legacy of past Rainbow Six games. 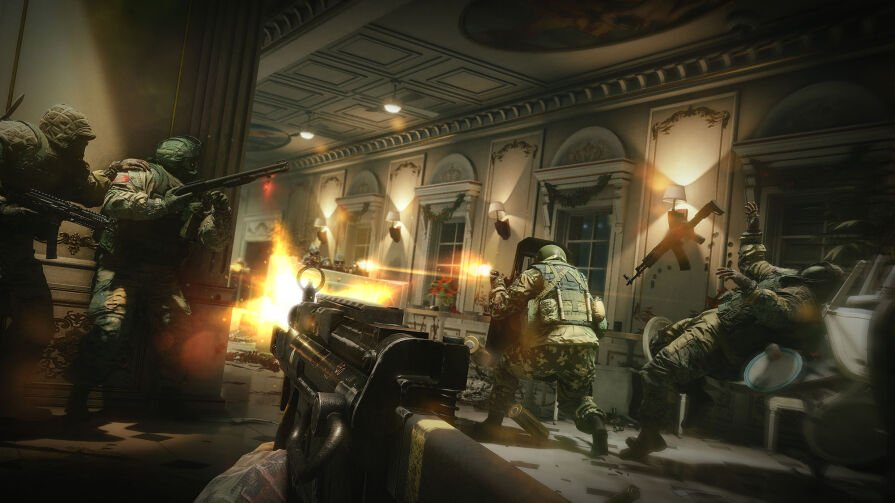 COUNTER TERRORIST UNITS
Counter terrorist operatives are trained to handle extreme situations, such as hostage rescue, with surgical precision. As “short range” specialists, their training is concentrated on indoor environments. Operating in tight formations, they are experts of close quarter combat, demolition, and coordinated assaults. Rainbow Six Siege will include operators coming from five of the most worldwide renowned CTU: the British SAS, the American SWAT, the French GIGN, the German GSG9 and the Russian SPETSNAZ.

THE SIEGE GAMEPLAY
For the first time in Rainbow Six, players will engage in sieges, a brand-new style of assault. Enemies now have the means to transform their environments into strongholds: they can trap, fortify, and create defensive systems to prevent breach by Rainbow teams.
To face this challenge, players have a level of freedom unrivaled by any previous Rainbow Six game. Combining tactical maps, observation drones, and a new rappel system, Rainbow teams have more options than ever before to plan, attack, and diffuse these situations.

PROCEDURAL DESTRUCTION
Destruction is at the heart of the siege gameplay. Players now have the unprecedented ability to destroy environments. Walls can be shattered, opening new lines of fire, and ceiling and floors can be breached, creating new access points. Everything in the environment reacts realistically, dynamically, and uniquely based on the size and caliber of bullets you are using or the amount of explosives you have set. In Rainbow Six Siege, destruction is meaningful and mastering it is often the key to victory.

Hope it helps someone.
PostTweetShare Share with WhatsApp Share with Messenger
Community Updates
Ubisoft Store DealsUbisoft Store promo code
If you click through or buy, retailers may pay hotukdeals some money, but this never affects which deals get posted. Find more info in our FAQs and About Us page.
New Comment Subscribe Save for later
16 Comments
17th Dec 2019
Every PC gamer should have this game!
17th Dec 2019
Need this price for Steam version not uplay :/
17th Dec 2019

Every PC gamer should have this game!

How is the ranking I.e. newbies getting wiped out by experiences players
17th Dec 2019

How is the ranking I.e. newbies getting wiped out by experiences players

They changed alot recently. So there is a 1-50 pool, so you get matched with only lower level players until you are comfortable and feel like moving into unranked or ranked. Unranked uses the same rules as ranked, but you don't go up or down in rank, Ranked is obviously where you go to get your Silver, Gold, Plat, etc.

For this price, it's a few beers, get a few mates if you can, and give it a go. I honestly think it's the best team based tactical shooter that's ever been made, and the fact it's still going stronger than ever over 4 years now, everyone else believes the same.
17th Dec 2019

Need this price for Steam version not uplay :/

Why? So you can launch Steam and Uplay to play the game? Great idea...

Steam is a glorified launcher or launchers, Valve hasn't made a game in over 10 years, and the next one is a VR game ("yay" said all 23 Valve Index owners) and the prices have doubled for pre orders since I became a member of Steam back in 2004.

Steam is exactly that, Steam rising from a turd on a winter's day.

Use Discord, rant over
Edited by: "EmperorRosko" 17th Dec 2019
17th Dec 2019
what a brilliant game!! been playing around 3 years and you learn so much everyday one of the best shooters... if you loved the old school search and destroy on call of duty 4, mw2 and black ops you will feel right at home .
17th Dec 2019
Great game but graphics could be better
17th Dec 2019

I don't want to install a whole another launcher (uplay) just to play a single game.

Just as a small counterpoint which applies to certain games - having things on steam makes it much easier to play then via a Steam Link.

I've been playing Halo Reach via Xbox Game pass but can't get it to run on my TV as there isn't a .exe for games via the Xbox for PC application. This might not be the case for most games, but when Reach eventually is on a steam sale, I'll be adding it for that reason

i only prefer siege too not really a fan of anything else from them ... i used to really enjoy splinter cell would like to see that make a comeback
17th Dec 2019
Thanks, always meant to try this out and need something to break up endless games of Mordhau. The Steam premium isn't worth it to me on this game. Time to reinstall uPlay I guess!
Edited by: "dobo" 17th Dec 2019
17th Dec 2019

Mate even if you buy on steam, it installs uplay! Hahahahhaha
18th Dec 2019

Steam are parasites, stay well clear. A lot of gamer's that use Steam become OCD tethered, their lives mostly evolve around their phones, and gaming based around hoarding on Steam. Bit sad, but hey ho.
19th Dec 2019

700+ games and counting, damn you steam sales and humble bundle, although thankfully neither are that great nowadays so it's barely increased in last yew years.