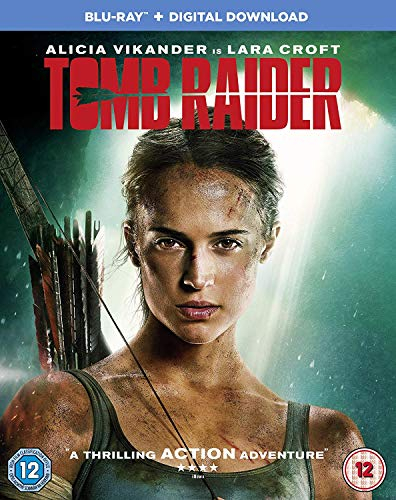 £2.75£4.9945% offAmazon Deals
16
Get deal*Get deal*
16Get deal*Get deal*
268°
Tomb Raider Blu-ray with Dolby Atmos £2.75 prime / £5.74 non prime @ Amazon
£2.75
Posted 8th Apr 2021
Product Description
Roar Uthaug directs this action adventure reboot of the popular computer game starring Alicia Vikander as Lara Croft. Following the disappearance of her father Lord Richard Croft (Dominic West), Lara inherits his estate and stumbles upon his work on the mythical Queen of Yamatai, Himiko, who was said to have held ultimate power over life and death. In search of answers, Lara enlists the help of Lu Ren (Daniel Wu), captain of the ship Endurance, to sail to the island believed to have been Yamatai. After a violent storm wrecks their ship, Lara finds herself on the mythical island where she becomes embroiled in a fight against archaeologist Mathias Vogel (Walton Goggins), who has taken over the island along with members of the shadowy organisation Trinity as they also investigate the legend of Himiko, but with more sinister intentions in mind to harness her great power...

Synopsis
Lara Croft (Alicia Vikander) is the independent daughter of an eccentric adventurer who mysteriously vanished when she was a teen. Determined to forge her own path, she refuses to take the reins of her father’s global empire just as she rejects the idea that he’s truly gone. Against her father’s final wishes, Lara leaves everything she knows behind in search of her dad’s last-known destination: a fabled tomb on a mythical island. Her mission will not be easy; just reaching the island will be extremely treacherous. Against all odds and armed with only her sharp mind, blind faith and inherently stubborn spirit, she must learn to push herself beyond her limits as she journeys into the unknown. If she survives this perilous adventure, she could earn the name Tomb Raider.
PostTweetShare Share with WhatsApp Share with Messenger
Community Updates
16 Comments
Post a comment