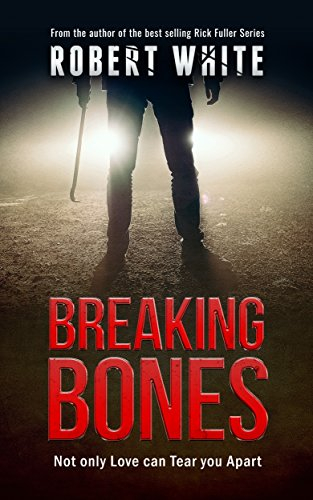 Crisp, slick and often terrifyingly violent, this 1980's crime thriller will appeal to the readers of Ian Rankin, Martina Cole and Stephen Leather.
Robert White is an Amazon best selling crime fiction author.
His novels regularly appear in the top ten downloads in the Crime and Action and Adventure genres.
Robert is an ex cop, who captures the brutality of northern British streets in his work. He combines believable characters, slick plots and vivid dialogue to immerse the reader in his fast paced story-lines.


Frankie Verdi, Eddie Williams and Tony Thompson, are The Three Dogs. A ruthless criminal gang. A law unto themselves. Detective Jim Hacker has watched The Dogs grow from thuggish youths to psychotic criminals and seems to be the only cop in town with the determination to see justice done. Meanwhile Jamie Strange, a young Royal Marine, finds himself embroiled in the lives of the gang when his girlfriend, Laurie Holland, cuts off their engagement... to be with the most dangerous of The Dogs: Frankie Verdi.
Strange knows right from wrong, but when Verdi begins to target Jamie's family, he makes an enemy of a man, more dangerous than even he could imagine.

Many Thanks
3rd Apr
Thanks Boz much apprec
Edited by: "daverob" 3rd Apr
3rd Apr
Thank you. I don't know how you do it but I'm so glad that you do
3rd Apr

Thank you. I don't know how you do it but I'm so glad that you do