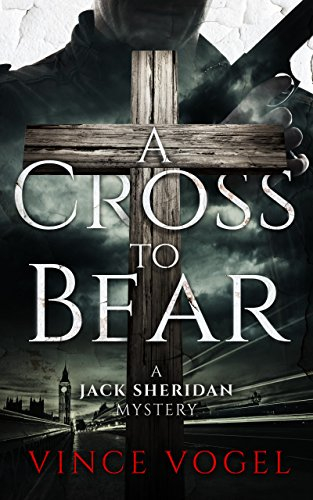 857 ratings Average Score 4.5/5 - Paperback is £12.99
Once the star of Scotland Yard, burnt out East London detective Jack Sheridan is now a washed up cop working a low end station, estranged from his family and haunted by his past. The discovery in woodland of a young woman nailed to a wooden cross sends Jack spiralling into a direct confrontation with that past when the woman is identified as the daughter of a murdered cop he once knew. With a serial killer the media are dubbing the ‘Crucifix Killer’ slaying working girls on his patch, Jack must face his own demons and uncover a series of terrible secrets if he is to find the twisted killer.

On his way to the Tunisian border, Alex Dorring is informed that his sister has been murdered. Dorring is Agent 192 of Uriel, a clandestine assassins wing of MI6. With revenge on his mind, Dorring makes his way to London and begins investigating her death in his own special way. As he moves like a ghost through the underbelly of the city, he meets Chloe, a troubled nineteen year old trying to escape the very people Dorring has come to hunt. Could this girl be the key to leading him to the killer?

As both men operate under entirely different rules, the death of one girl sees a bed of lies, sexual violence, murder and corruption come rising to the surface as East London descends into chaos.

Thanks Boz... You're busy with deal yet again..