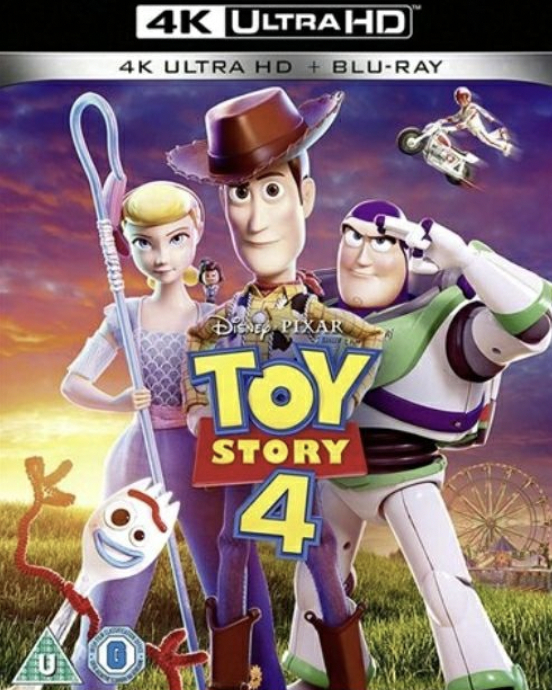 Very good price for Toy Story 4 on 4K. This is for the 3 disc version, which also includes the Blu-ray version of the film. Seems like 4K's are coming down in price. Available online (£1.95 delivery charge) and in selected stores. Be quick not many copies available.

Fourth instalment of the Disney-Pixar animated series. On Bonnie (voice of Madeleine McGraw)'s first day of kindergarten, she makes a new toy, a spork called Forky (Tony Hale), to join Woody (Tom Hanks), Buzz (Tim Allen) and the gang. However, the spork is not comfortable with being a toy and wants nothing more than to be thrown back in the trash. When Bonnie and her family go on a road trip, the toys are all taken along for the ride and find themselves having to keep a close eye on Forky to make sure nothing happens to Bonnie's beloved creation. They are helped by old friend Bo Peep (Annie Potts), who Woody finds discarded in an antiques shop, but her reappearance makes the cowboy question the real meaning of being a toy.
PostTweetShare Share with WhatsApp Share with Messenger
Community Updates
Post a comment