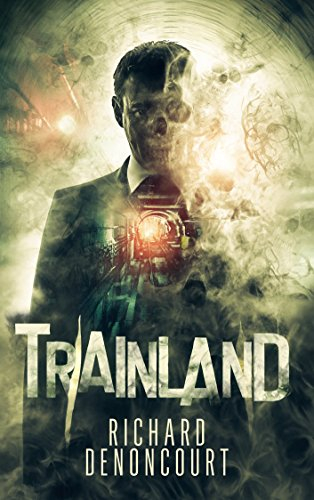 Would you descend into hell to rescue the person you love most?

Jack Devins could have saved his four-year-old daughter, but he was too late to stop the tragic accident that stole Kelly away from him. Six months later, his life is falling apart. He's one bottle away from being a complete alcoholic mess. His job, his relationship with his wife and son, and his desire to live all hang by a thread.

Then one night, Jack hears his dead daughter calling to him from inside a subway tunnel. He believes he has finally lost his mind, until a strange, disfigured homeless man tells him the truth about Kelly's fate - and the surreal and terrifying way to save her soul from purgatory.

Guided by this mysterious "burnt man," Jack must descend into a supernatural city beneath Manhattan, where the souls of suicides roam the demon-infested streets and haunted alleyways, and inter-dimensional trains cross the sunless sky.

Jack has one chance for redemption. In order to succeed, he will have to unlock a secret power he brought with him to the underworld - a power coveted by those who would lay claim to Hell and beyond.