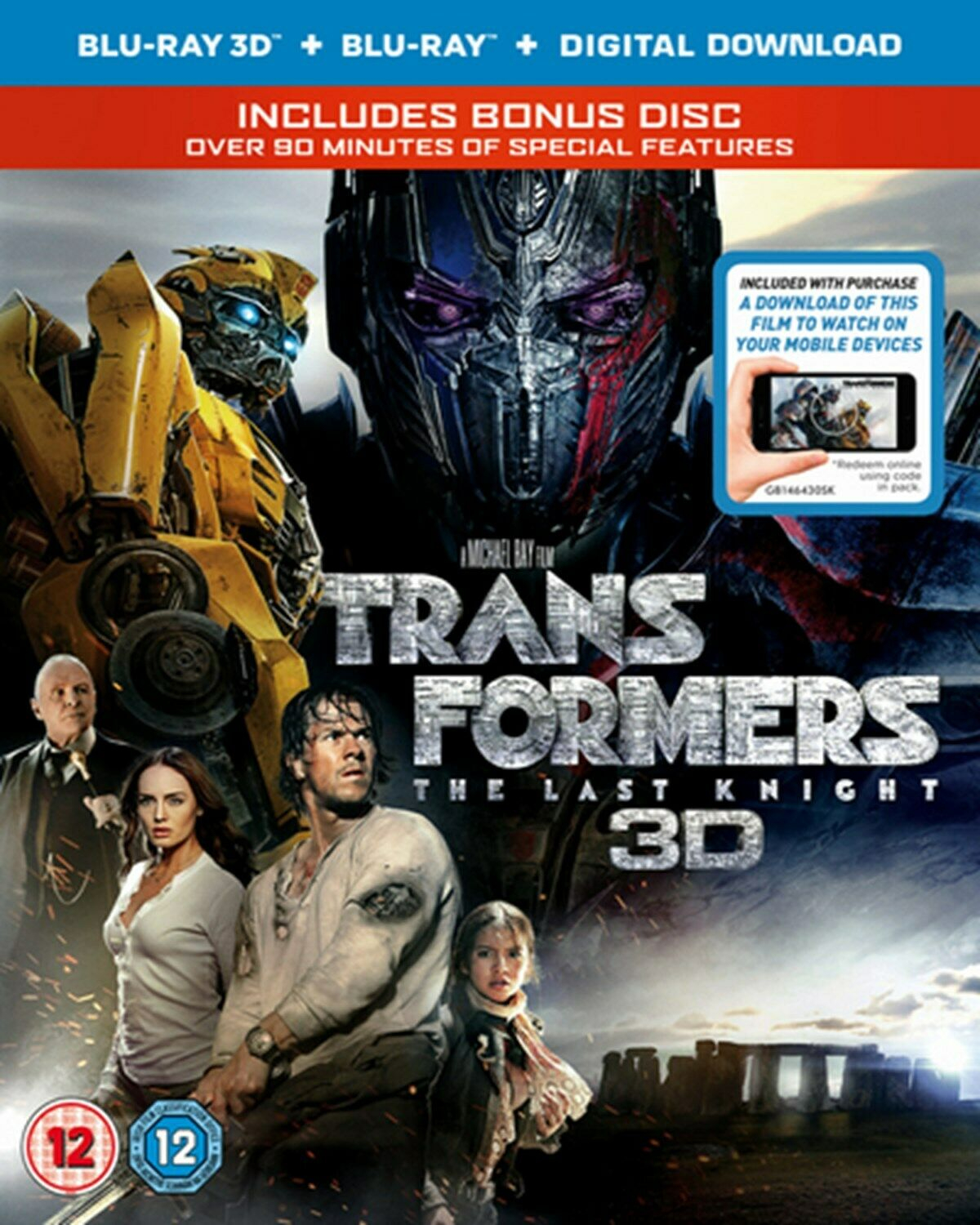 Transformers: The Last Knight (Bonus Disc, Blu-Ray + Digital Download) [Blu-Ray]
Directed by Michael Bay and starring Mark Wahlberg, Anthony Hopkins and Josh Duhamel, this sci-fi action adventure is the fifth instalment in the film series based on the 1980s cartoons. With the battle between the human race and the Transformers raging on, mechanic and single parent Cade Yeager (Wahlberg) forms an alliance with English Lord Sir Edmund Burton (Hopkins) in an attempt to figure out why the Transformers keep returning to Earth. Meanwhile, Autobots leader Optimus Prime (voice of Peter Cullen) learns he was responsible for the death of his home world Cybertron. Desperate to make amends, he returns to Earth in search of a mysterious artefact which could bring Cybertron back to life and will seemingly do anything to achieve his goal. The cast also includes Laura Haddock, Stanley Tucci, Isabela Moner and Tyrese Gibson.

10% off on the first order if you purchase on Zoom website.
PostTweetShare Share with WhatsApp Share with Messenger
Community Updates
EBay DealsEBay discount code
New Comment SubscribeSave for later
6 Comments
30th May
Just keep hold of the 3D till it comes back into fashion.
30th May

Just keep hold of the 3D till it comes back into fashion.

Or watch on your ps4 vr system
30th May

Just keep hold of the 3D till it comes back into fashion.

I love 3D, and projectors still pretty much all cater for 3D.

But this movie was...... hmmmmmmmm.
31st May
Anyone got a spare digital code for me
31st May
Abysmal film.
31st May
I'm missing the one that Isabela Moner was in. Think it was this but might just wait until it appears in Poundland