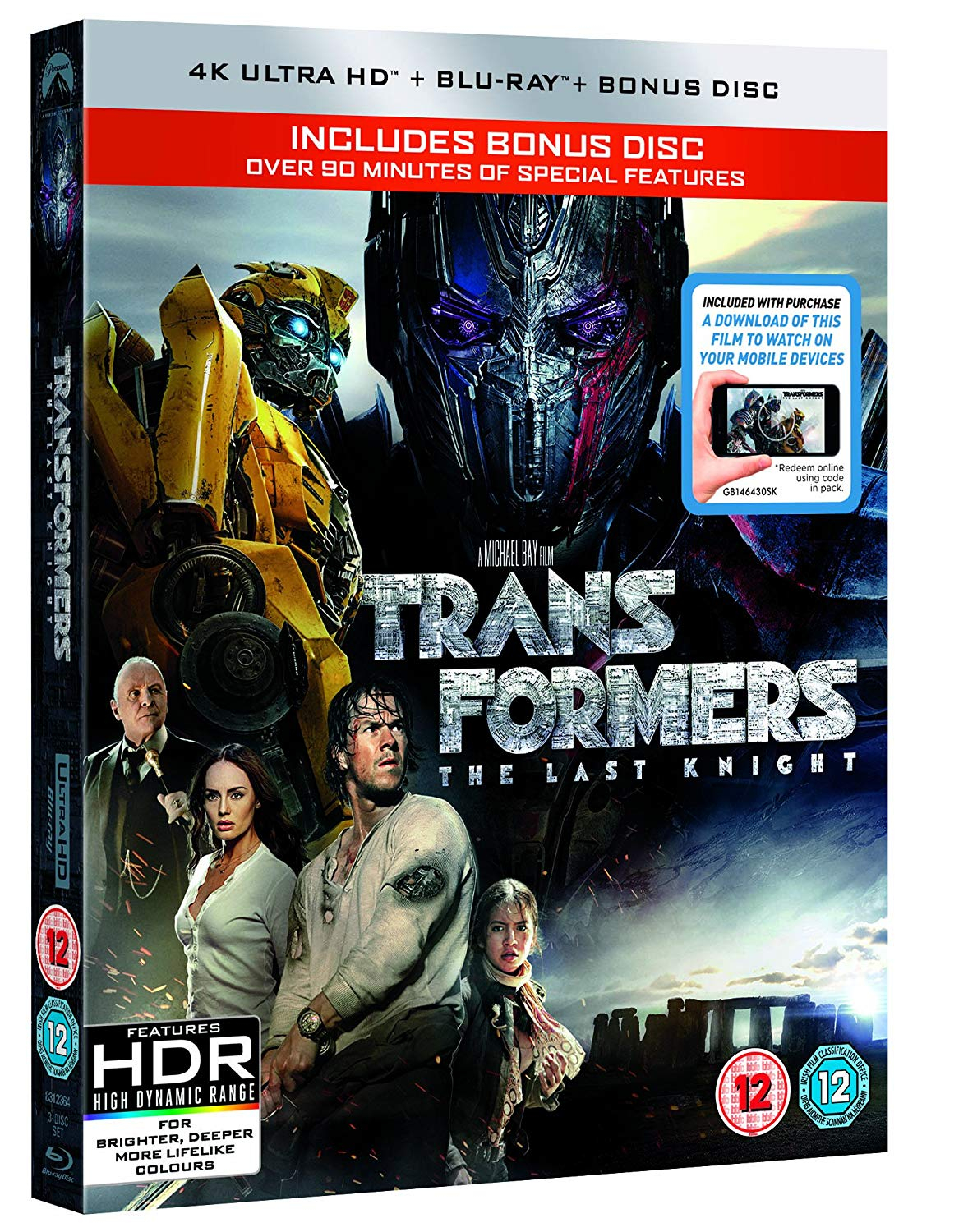 From Director Michael Bay and Executive Producer Steven Spielberg comes the biggest, most explosive Transformers yet. Our world's greatest hero becomes our fiercest enemy when Optimus Prime launches a mission to save Cybertron by destroying Earth. Now Bumblebee and Cade Yeager (Mark Wahlberg) must lead the Autobots against their former ally in the ultimate battle to save mankind from annihilation.

Includes Bonus Disc with over 90 minutes of Special Features

PostTweetShare Share with WhatsApp Share with Messenger
Community Updates
Cyber Monday 2020 DealsAmazon DealsAmazon discount code
If you click through or buy, retailers may pay hotukdeals some money, but this never affects which deals get posted. Find more info in our FAQs and About Us page.
New Comment Subscribe Save for later
2 Comments
2nd Dec 2019
Good price, shockingly bad film
2nd Dec 2019
Bad film, but looks great in 4k