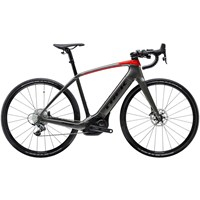 The Trek Domane+ is a drop-bar electric road bike that makes longer, faster road rides possible. A carbon frame with IsoSpeed and a stable endurance geometry, a powerful Bosch drive system for speeds up to 25 kph, and a sleek design with integrated lighting features make Domane+ the ideal ride for cyclists who want speed, all-road performance, and endless style.

Was just an observation and fair one
Edited by: "windta1ker" 23rd Jan
23rd Jan

Not really friendly, to be fair. In fact, sometimes it’s downright caustic.
23rd Jan
Yeh I'm getting that vibe . But I'll stick at it! I do love me some bike kit so that's all I'll really be posting.
23rd Jan
Downtube and bb ruined on an otherwise beautiful bike
23rd Jan
Having been passed by electric bike riders in the past as I'm climbing hills I considered theses a bit of a cheat but a friend now uses one on our group rides after an injury and they can still get out and do the rides with us. Great piece of kit.

Good discount, heat added.
23rd Jan
Nice discount but a lot of proprietary parts with high repair and maintenance costs and if you are in any sort of minor accident where the CF frame or forks need to be scanned it will take a while to dismantle. I'm never quite sure who uses an e-road bike like this I assume you can't use it for competitions and seems a bit unfair on a club ride. It's not exactly practical for nipping down the shop to buy your groceries or parked up outside work for commuting. Seems to have limited uses and high costs.

At the other end of the scale is Carrera's e-road bike which I'm sure doesn't compare but you'll still have £2500 in your pocket or more and ongoing costs will be a tiny fraction of money in comparison and is likely to outlast the Trek bike by many years because none of the parts are high cost proprietary parts that may not be available in the future. Both bikes will only assist you up to 15.5mph.

Some may criticise the Carrera over the Trek but if you are fifty miles form home and either the motor fails (common on Bosch) or you've damaged your drivechain you are walking home but the Carrera has two independent ways of propelling the vehicle either the hub motor or the normal gears. If you lose your derailleur or chain you just have to spin the cranks for the motor to keep working.

Definitely the Trek is the one to buy if you want to support your local independent bike shop assuming they do Trek servicing and repairs.

Yes I'm a bit cynical about high cost bikes like these as sometimes it seems people don't think about the very high ongoing costs associated with such a bike or the huge depreciation. 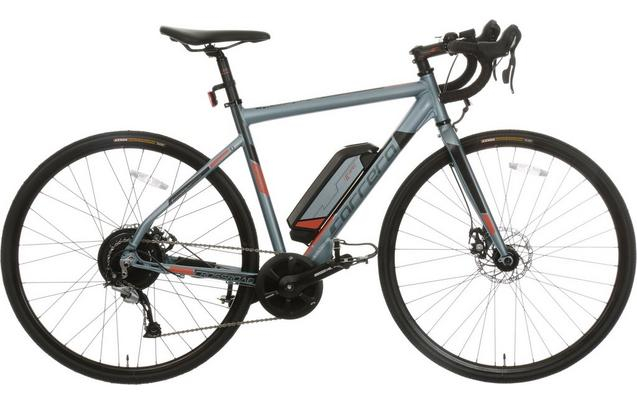 23rd Jan
Was going to buy this but then thought, why not just buy a car instead……
Edited by: "kidrock123" 23rd Jan
1st Feb
Looks great. I've had a trek ebike for 2 and half years and it's been a good experience. Do consider the price of the battery - mine packed up last month and I had to buy a new one. It wasn't heavily used either. I use it for going on day rides with fitter friends.