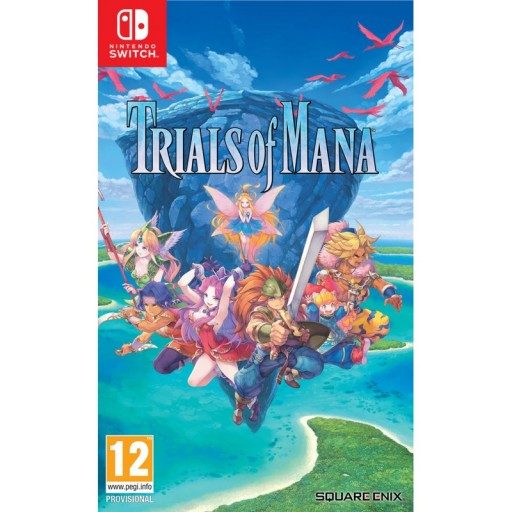 Trials of Mana for Nintendo Switch from The Game Collection.
£35.95 seems lowest price for a physical copy since January. Free Delivery too.
The early purchase dlc no longer applies I think. 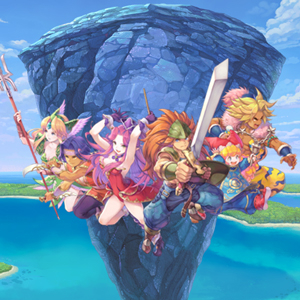 “Trials of Mana” is the 3D remake of the hit Japanese classic RPG released in 1995 as Seiken Densetsu 3.

The overlapping story of interwoven destinies changes depending on who you choose as your main character and companions!

This daring tale of overcoming the tests of fate has been given new life! Will these young adventurers be able to use the power of mana to save the world from the brink of destruction?

Revamped 3D GraphicsTrials of Mana is a full 3D remake of the third game in the Mana series, originally released in Japan as Seiken Densetsu 3. The entire game has been fully rebuilt from the ground up with modern 3D graphics.

Class changing raise your level and become the top-level classes. The character’s appearance and the magic and special attacks that they can learn will change depending on which class is selected and the light/ dark alignment.
PostTweetShare Share with WhatsApp Share with Messenger
Community Updates
The Game Collection DealsThe Game Collection promo code
New Comment SubscribeSave for later
18 Comments
28th May
Just finishing this up on PS4... Plat requires 3 play throughs so is a bit of a slog but the first play through was very enjoyable. I particularly like the dark / light class system.
28th May

How long was your first play through?
28th May

I wish the switch had trophies, I'm avoiding some switch titles for this reason
28th May

I wish the switch had trophies, I'm avoiding some switch titles for this reason
28th May

I dislike this approach to RPG games. Would prefer a single playthrough with more levelling or quests to complete a plat.
28th May

How long was your first play through?

Must of been about 30h for me. Characters level carry over and money and collectable and even an xp boost so next playthroughs will be quicker.
28th May
I played this for first time on ps4 preferred secret of mana i didn't find the music as good maybe that's nostalgia kicking in though but when i replayed SoM it was amazing.
28th May

You are able to change it to the original ost in the settings btw.
28th May

How long was your first play through?

25 hours or so... I did everything in my first and second play through. This last play through, I'm literally running through the game only fighting the bosses. To be honest, I wouldn't normally be arsed with Platinum in a game where they expect 3 play throughs but lockdown means I have more time for stupid pretend achievements which mean nothing!

Think I'm up to around 48 hours and I have around 2 hours play left. The game is a bit naughty as the starting character you choose defines which final boss you fight (out of 3) with a bronze trophy for each one, so you MUST play 3 times through if you want plat.
28th May

I agree in part but also sometimes feel liberated by the lack of achievements or whatever.
I find myself sometimes putting pressure on myself to persevere with something I'm not really enjoying for the sake of 100%... In the past I would have done so only on things I really enjoyed. I used to 100% pretty much all the RPGs I used to play (ie getting Knights of the Round on FF7 to level 99)... Sometimes adding achievements makes meaningful experiences feel arbitrary.
28th May

I agree! I abandoned the idea of Plat on FF7:R mainly due to ridiculousness of having to unlock all the dresses through multiple playthroughs of the relevant chapters. Hard mode play though I can deal with but not that nonsense....
Edited by: "Nicholas_B" 28th May
28th May

You are able to change it to the original ost in the settings btw.

Ye i switched between the 2 just to see how it changed since not having played the original. I just felt the ost was samey.
28th May
I used to be a right achievement *****(you know) but when I finally moved from 360 to what then ended up being my true next machine (3ds) I felt completely liberated not having trophies. It meant I could play the game how I wanted to and not suffer though stuff if I wasn't enjoying it. Having said that I totally get the pros and cons an we are of an age that a lack of trophies doesn't mean you don't like the game etc, it's just there if you want to do them
28th May

On the demo I felt the exact same thing, I did enjoy it though so will pick it up one day
29th May

I can see that on some games lol! But I always want to catch all the Pokémon and get the hyrule shield but cba no incentive for me to do it
29th May
Nnnng, must resist another switch game! Already got the Xenoblade special edition, borderlands and bioshock collections today, with the outer worlds due in a fortnight.

That said, I had been looking at this recently and I'm concerned it might eventually become hard to find in physical, and I do have a few quids worth of points for TGC....
30th May
OOS now.