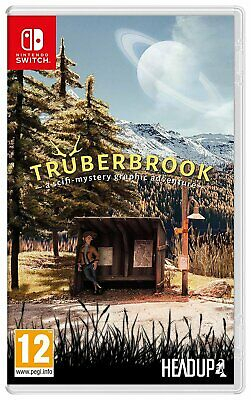 Truberbrook is a thrilling mystery adventure game set in rural Germany in the late 1960's. The player takes the role of young American physicist Tannhauser, who happens to end up in the eponymous village of Truberbrook, an ageing but beautiful health resort somewhere in the densely forested countryside of West Germany.


Truberbrook is a somewhat classic point-and-click adventure game with a modern approach.

Mood and atmosphere of the game are inspired by TV series like Twin Peaks, The X-Files and Stranger Things.