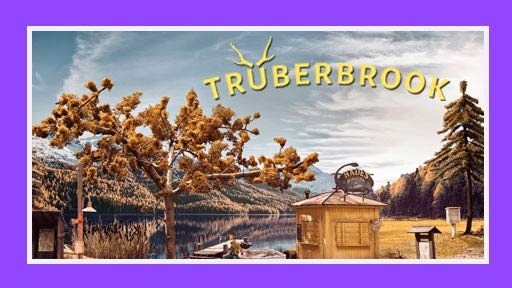 Another free PC game just recently added to the free offerings with Twitch Prime, Truberbrook is now available to redeem (and keep) for free, from 7 August to 4 September.

Imagine yourself on a vacation to Europe in the late sixties. Now, picture yourself as a young American scientist; Hans Tannhauser. Yes, that's your name in this scenario. While you're at it, think of Trüberbrook, a remote village in rural, mountain-sloped and densely forested cold-war Germany. Because, that's where you somehow end up after hitting the continent. But who cares, you won the trip in a lottery! Or at least, that’s how it seems. But don't fear, instead of getting some rest, you could find yourself having to save the world …

twitch.amazon.com
8 Comments
8th Aug
Where is the link?? As your link goes to twitch.tv/ and I can find it..
Thanks..
8th Aug

Make sure you're viewing in desktop mode if you're on mobile and logged in. Then click on the crown on the righish side of the menu bar and it lists all the prime perks
8th Aug

twitch.amazon.com
8th Aug
Decent game this, I completed it this year already. I wasn't aware of those influences at the time.
8th Aug

Thanks Bullfrog, that linked to more than just this game I could claim. Appreciated.
10th Aug