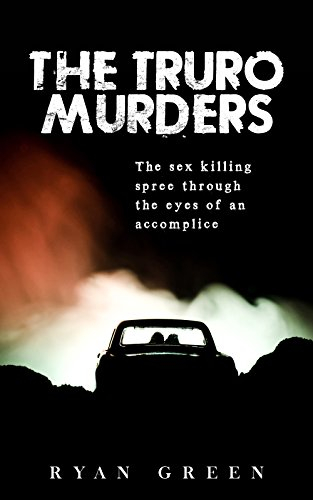 24 ratings‌ Scores 4.8 Out Of 5. Paperback is £10.99.
The Truro Murders presents the shocking true story of Christopher Worrell, and his accomplice, James Miller. The events in this book unveil one of the worst serial killing sprees in Australian history. Over the course of two months in 1976-1977, seven young women were brutally raped and murdered.

Worrell and Miller met in prison, and upon release, developed a dominant and submissive relationship that centred around feeding Worrell's sadistic urges towards women. Miller would deny any involvement in the murders, claiming his love for Worrell was the basis for his cooperation and silence.

In the space of twelve months between 1978-1979, remains of two of the victims were found within 1km of one another. Police linked the two bodies with another five young females reported missing in the area. The police uncovered two more skeletons within the Truro region and now faced the difficult task of piecing together the evidence and finding the countries biggest serial killers.

The Truro Murders portrays the sex-fuelled killing spree from the perspective of James Miller, the accomplice. Contained within this shocking true crime story are love, loss, manipulation, and extreme violence.

If you are especially sensitive to accounts of suffering young females, it might be advisable not to read any further.

If, however, you seek to understand the darker side of human nature by coming face to face with it, then this book is written for you. Scroll up and click on the Buy Now button at the top of this page.

PostTweetShare Share with WhatsApp Share with Messenger
Community Updates
Amazon DealsAmazon discount code
New Comment Subscribe Save for later
25 Comments
7th Jan
Link is a picture. Very unlike you Boz
7th Jan
The get deals not working?
7th Jan
Link not working
7th Jan
It may help with an actual link...
7th Jan
Click on ratings hyperlink or follow this link: Book
7th Jan
Got , thanks
7th Jan
Heat, thank you
7th Jan
Thanks Boz
7th Jan
Heat.....thanks again Boz, and an over-my-shoulder thank you from the wife.
7th Jan
Here you go people:

Link is a picture. Very unlike you Boz

The get deals not working?

All sorted had issue posting picture and added it to link by mistake sorry.
8th Jan

It may help with an actual link...

Heat.....thanks again Boz, and an over-my-shoulder thank you from the wife.

Many Thanks
8th Jan

‌
8th Jan
Wonder when these criminals will be featured on a Sky TV "Britains Most Evil Killers" episode.
10th Jan
Thanks again
‌