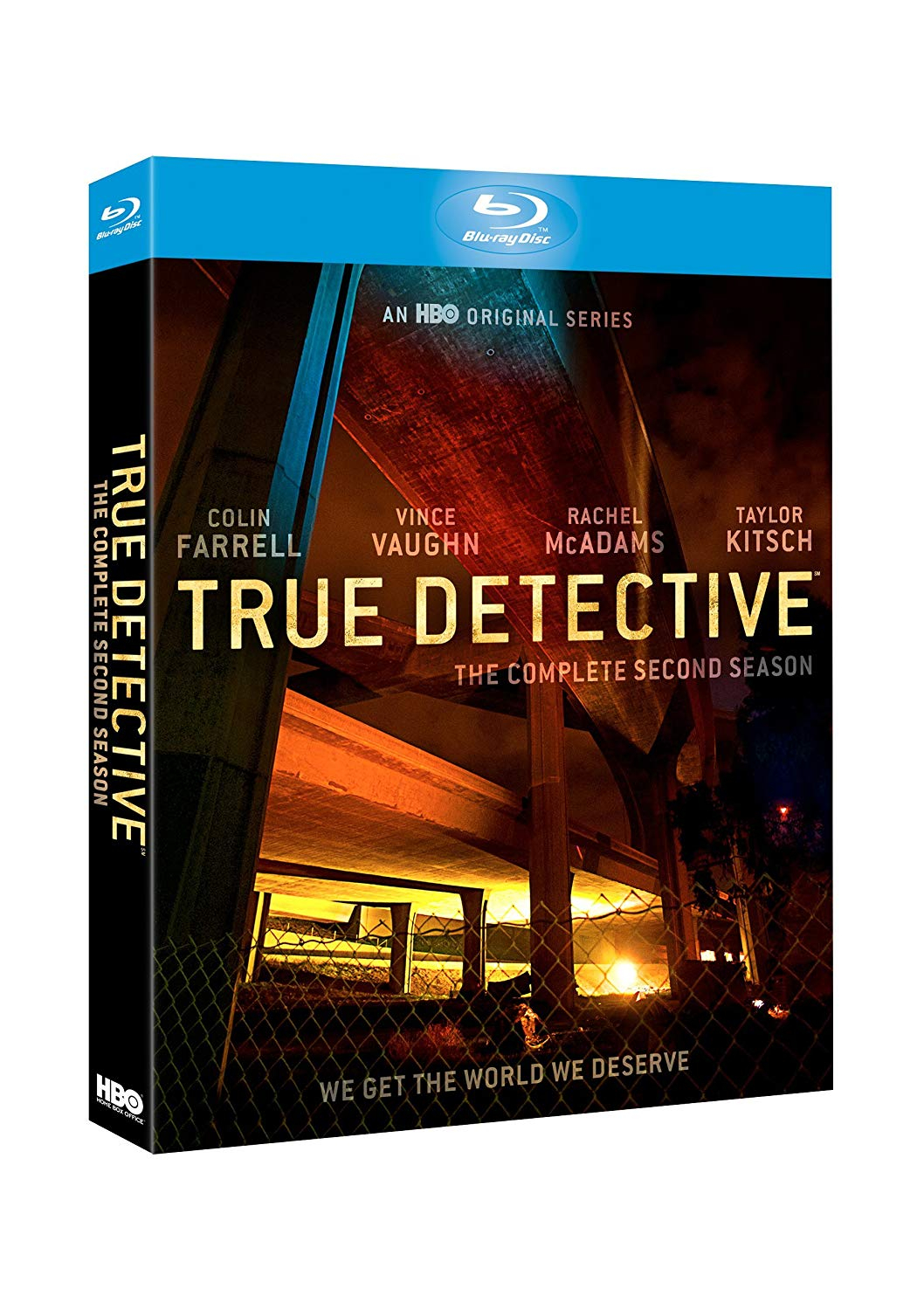 Never was going to be as good as season one but still a brilliant series.

Written and created by Nic Pizzolatto, True Detective returns with a new case and a new cast. A bizarre murder brings together three law-enforcement officers and a career criminal, each of whom must navigate a web of conspiracy and betrayal in the scorched landscapes of California. Colin Farrell is Ray Velcoro, a compromised detective in the all-industrial City of Vinci, LA County. Vince Vaughn is Frank Semyon, a criminal and entrepreneur in danger of losing his life's work, while his wife and closest ally (Kelly Reilly) struggles with his choices and her own. Rachel McAdams is Ani Bezzerides, a Ventura County Sheriff's detective often at odds with the system she serves, while Taylor Kitsch plays Paul Woodrugh, a war veteran and motorcycle cop for the California Highway Patrol, who discovers a crime scene which triggers an investigation involving three law enforcement groups, multiple criminal collusions, and billions of dollars.

Good series but was always going to be in the shadow of the masterclass that was series 1 imo. Now series 3 on the other hand, wow that's become a slog. I have one episode to go and still can't be bothered to just get it watched
6th Feb
Nothing will top season 1 but Season 3 was quite good in my opinion. Season 2 is a dud which is probably the reason the price is this low. Heat for the price though.
6th Feb
Ageee with the above - 1 was great and the other just weren’t...
6th Feb
Still decent, but 1 was awesome and 3 was very good
Sadly, it looks like Season 4 won't happen denofgeek.com/us/…ews
6th Feb
Season 1 is beautifully shot, superbly acted and has depth of plot. Season 2 is a let-down. Season 3 is back on form and a slow-burner, but requires patience. Loved the ending, though.
6th Feb
Season two is terrible! Buy season 1 or 3 for more money.
6th Feb

Pretty sure the director for true detective season 1 directs a few episodes for the outsider too.
6th Feb

Season two is terrible! Buy season 1 or 3 for more money.

It's not great, but terrible? It's alright.
6th Feb
I thought 2 came good in the end, but next to one it looked rinky-dink.
6th Feb

The Outsider is boring as hell to me. I gave up with it.

Loved True Detective Season 1
Edited by: "rev6" 6th Feb
6th Feb
So far I'm loving the outsider albeit I forward the slow bits.
6th Feb
True Detective season one is a masterpiece that you can rewatch. The others are very poor.
7th Feb
Pants
7th Feb
Don't remember True Detective having a shape shifting emotion feeding vampire, must have been season 2
7th Feb
Too bad its the worst season out of 3.
8th Feb
If you're thinking about buying this, just rewatch season 1.