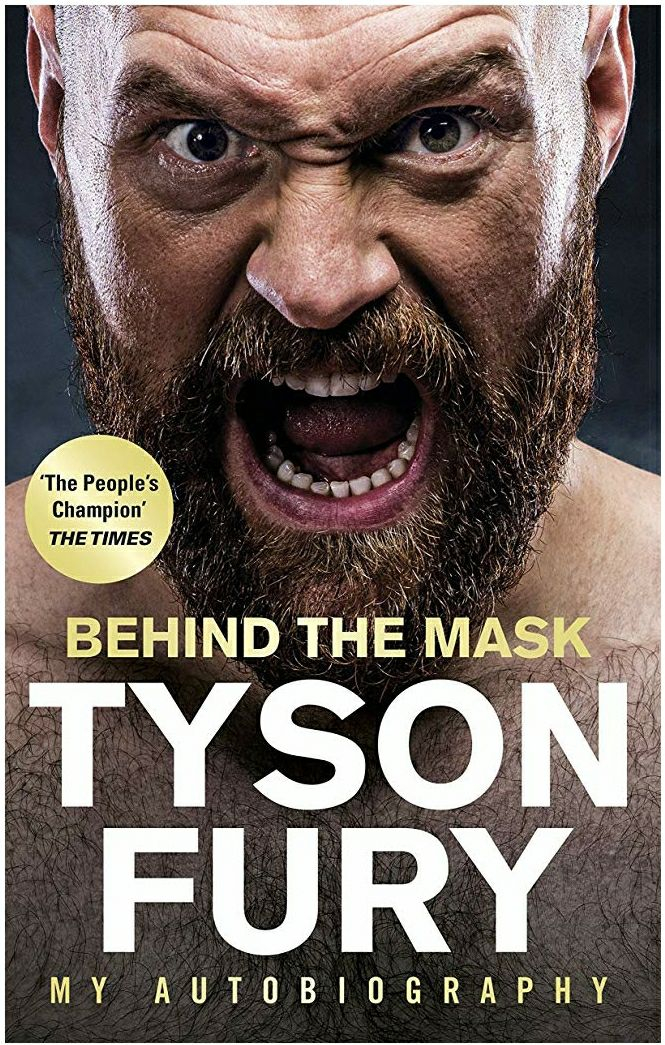 Tyson Fury - Behind the Mask: My Autobiography Hardcover £10 @ Amazon

A Manchester lad from Irish Traveller stock, born three months premature and weighing just a pound at birth, Tyson (named after his father’s boxing hero) grew up to become one of the most unlikely heavyweight champions in history. This ‘dream come true’ soon turned to nightmare, however, as alcohol and cocaine abuse took hold and Tyson was stripped of his titles. What followed was the darkest moment of his life – detailed in this book for the first time – in which he came within seconds of ending everything.

Like all the greatest stories, though, there is redemption and Tyson defies all the odds and literally drags himself to his feet. 10 million people around the globe watched Fury fight Wilder in the biggest fight of the boxing calendar. Speaking candidly about his struggles with mental health, this is Tyson Fury as you have never seen him before.

Behind the Mask is an unflinching autobiography from the greatest boxer of our time and a man who has demonstrated strength of a very different kind by conquering his demons.
________________________________
PostTweetShare Share with WhatsApp Share with Messenger
Community Updates
Amazon DealsAmazon discount code
New Comment Subscribe Save for later
17 Comments
10th Feb
I like the new, reborn version of Fury.

Don't have a problem with his views, beliefs etc as long as he keeps them to himself.

At the same time, my opinion of A Joshua has fallen a bit, especially his rant about Lennox Lewis.
Edited by: "Gollywood" 10th Feb
11th Feb

He had to be the "big bad guy" to help get fights and sell them.

Now that he's a big name, you can see how he truly is.

It's crazy to think you could have everything he has and still be depressed & suicidal. I'm glad hes pushing more to be done for mental health.
11th Feb

I think he will jab Wilders head off for the majority of it then go in for the KO in the last 3 rounds when Wilder is more tired.

I only give Wilder a punches chance to win, due to his crazy strength and that's purely if he can land that right hand early.

But history has taught us, the boxer always does better in rematches than the brawlers. A tough night ahead for Wilder indeed
11th Feb

Yeah his plan worked, played up so everyone would forget about the fact he took PEDs, shame so many blind people out there.
11th Feb

Either way, you can't deny he is extremely naturally talented.

I'd like to see anyone else lose 10 stone, have two boxing matches against pretty much nobodies, and then fight the current boxing champion - and lets admit - go on to beat him, all within 2 years.

Sure, Wilder isn't a very technical boxer, but he wouldn't have such an impressive record if he couldn't box at all.

And that knockout power is scary.
Edited by: "ArcAndPie" 11th Feb
11th Feb

He only got tested the week of the Wilder fight, says it all BUT I will add I think most take something.
Yes I take my hat off to him and I had him 8 rounds to 4 giving Wilder 2 KOs Fury won 8-6 but he did get a slightly long count so can we argue a draw was almost a fair out come and yes I hope he wins in style, the UK deserves AJ v Fury very early next year.
11th Feb

Yes - that's another thing - I dont think we will ever see Wilder vs AJ.

But Fury Vs AJ is definitly something that can happen if Fury wins, since they both prefer to fight in the UK, and the money they would each make would be pretty crazy.
11th Feb
Can’t see this being an interesting read but he’s doing his bit for mental health so fair play to him
11th Feb

Wilder doesn't for some reason see Fury as a threat to himself and will not fight anyone he's not sure of, ie Whyte, AJ, Parker and I think he wouldn't even fight D. Dubious if he got offered the fight, that's the reason we need Fury to win and Fury deserves the guarantee 50m for the AJ fight since he beat Wlad.
11th Feb
Tyson you are the best
11th Feb
This is colder than the winds outside today
11th Feb

I got a signed copy on day 1, it was an interesting read, in my opinion of course.

I went to one of his UK tours this time last year and got a meet & greet photo with him. He's a pretty sound guy from my experience, and I think all the talk he does is mainly for the cameras and to get the attention on him, and clearly it works.
Edited by: "ArcAndPie" 11th Feb
12th Feb
Tenner is asda also
23rd Feb
To this day!
23rd Feb
Bombsquad(strong)
28th Feb
In your face haters !