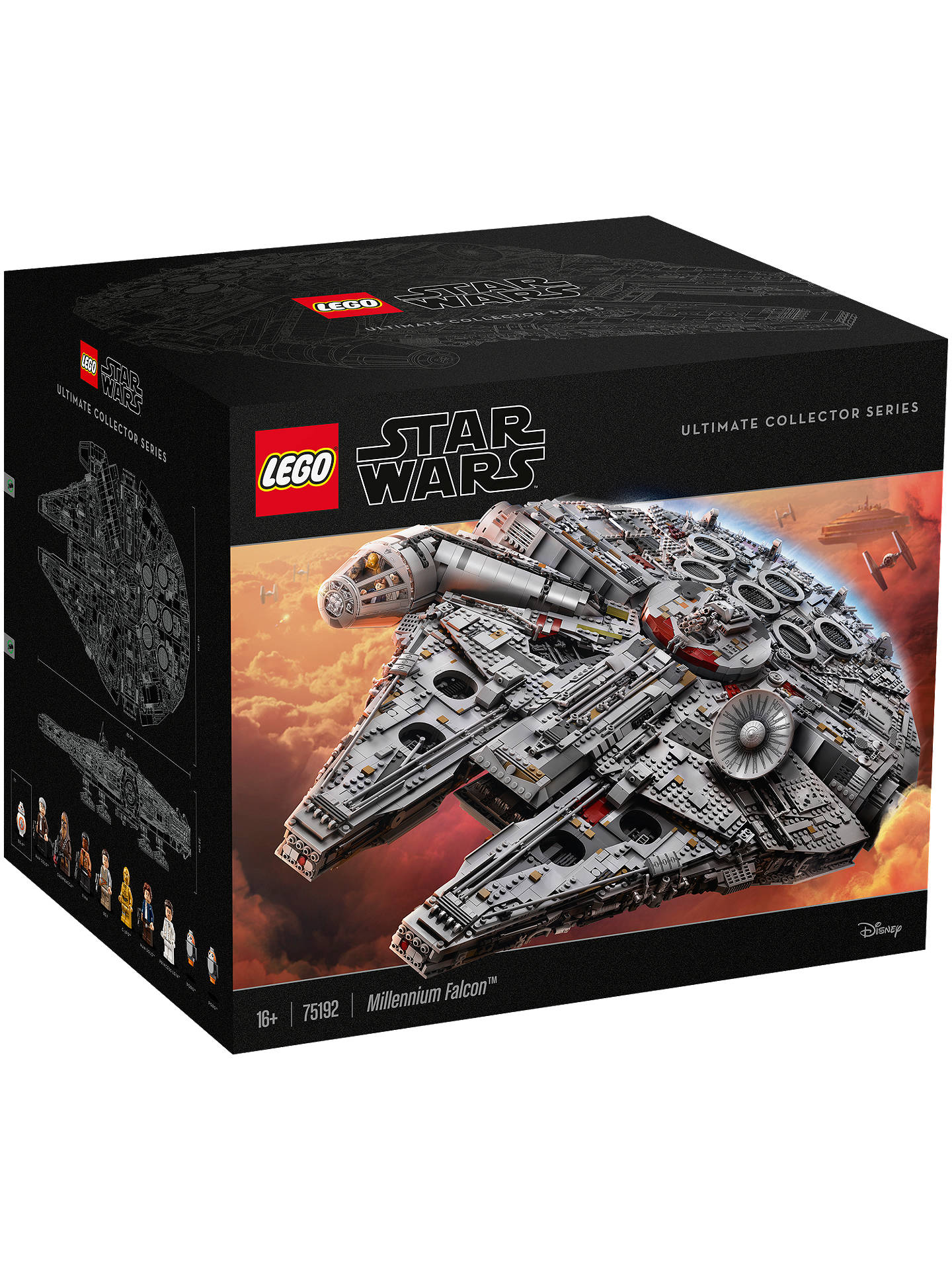 So today John Lewis released their new 'my Rewards' offer for the month which is an Online Reward:

Simple apply the code at the checkout when you shop online or on our app until 30 September. T&Cs apply.

While this can be applied for any of their Lego sets on offer, this comes in at a great saving IMHO, for a set that rarely drops in price by a significant amount.
PostTweetShare Share with WhatsApp Share with Messenger
Community Updates
Dan_82
2nd Sep 2020
Sign up here


One day Obi-Wan Kenobi and Luke Skywalker sought passage to Alderaan on the Falcon and the galaxy would never be the same again.

Even in a science fiction series as famous as Star Wars, the Millennium Falcon stands out with its iconic status, achieving legendary standing both within the Star Wars universe and among fans and film-goers.

Ever since Star Wars: A New Hope, the Millennium Falcon has been at the centre of the action. The Corellian YT-1300f light freighter, with its original designation YT-1300 492727ZED, is the ship of smugglers Han Solo and Chewbacca. Famed throughout the galaxy, not only did the Falcon attain 0.5 past lightspeed, it famously "made the Kessel Run in less than twelve parsecs."

The Star Wars LEGO Ultimate Collector Series 75192 Millennium Falcon is one of the largest, most detailed LEGO models ever created, consisting of over 7,500 pieces.

You can remove individual hull plates to reveal the highly detailed main hold, rear compartment and gunnery station. This model also features interchangeable sensor dishes and crew, so you decide whether to play out classic LEGO Star Wars adventures with Han, Leia, Chewbacca and C-3PO, or enter the world of Episodes VII and VIII with older Han, Rey, Finn and BB-8!

Make it the flagship of your LEGO Star Wars collection. 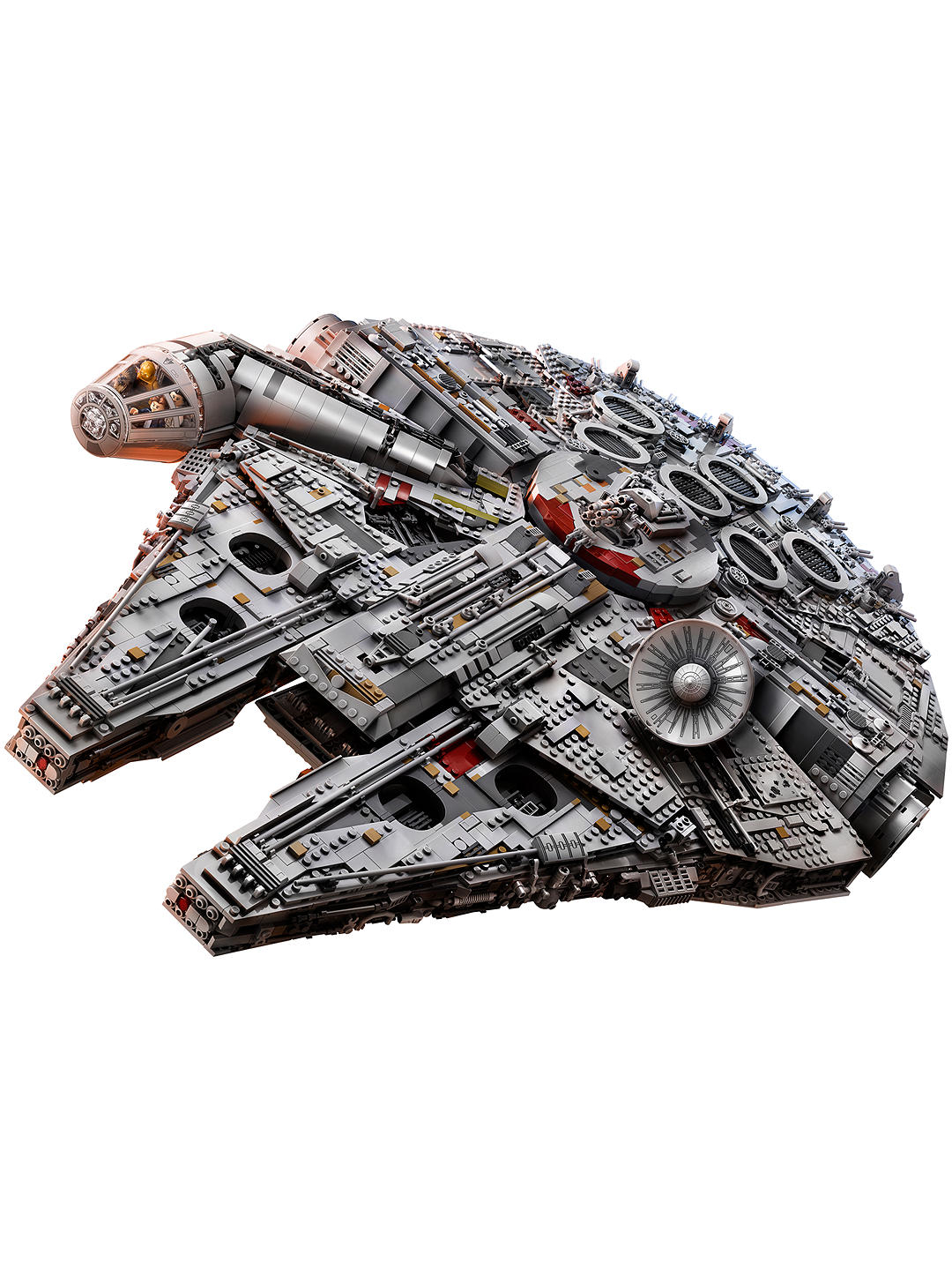