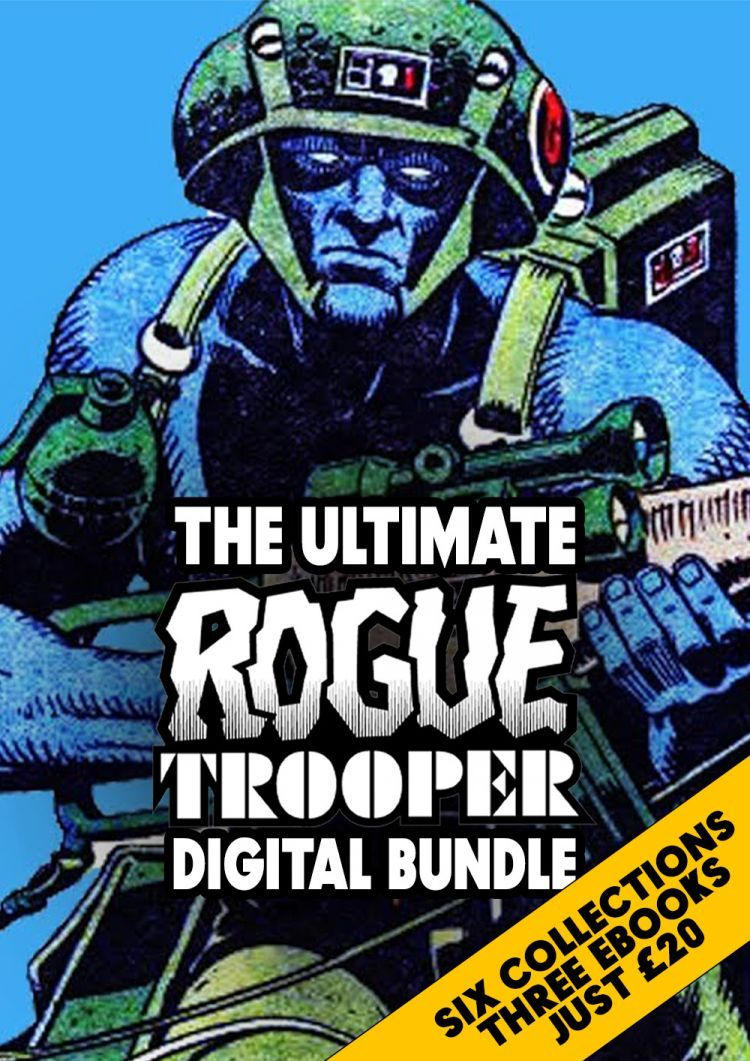 4 Comic Collections, 2 further Graphic Novels, and 3 eBooks; all DRM free. What isn't there to like!


The Ultimate Rogue Trooper Digital Bundle brings you the collected adventures of the last of the Genetic Infantryman, created by Gerry Finley-Day and Dave Gibbons, for an unbeatable price - ideal for anyone looking to explore the world of Rogue Trooper ahead of the major feature film from Moon and Warcraft director, Duncan Jones!

Rogue Trooper remains one of 2000 AD's greatest characters, the lone survivor of a massacre that killed his clone brothers who scours the poisoned wastelands of an alien world, looking for the man whose perfidy condemned them. He carries with him equipment encoded with the personalities of his dead buddies - Helm, Bagman, and Gunnar - and must face war, love, and betrayal on his quest.

This bundle includes all FOUR collections of the Tales of Nu-Earth, collecting the stories of the original Rogue Trooper and featuring stunning work by Steve Dillon (Preacher), Alan Moore (Watchmen), Cam Kennedy (Star Wars), Brett Ewins (Deadline) Grant Morrison (The Invisibles) and many more. Plus, 'War Machine', the reboot by Dave Gibbons and Will Simpson (Games of Thrones), and the spin-off series 'Jaegir' by Gordon Rennie, Simon Coleby, and Len O'Grady!

The bundle ALSO include three ebook prose novels - Blood Relative by James Swallow, Crucible by Gordon Rennie, and The Quartz Massacre by Rebecca Levene, the novel based on the Rogue Trooper computer game.