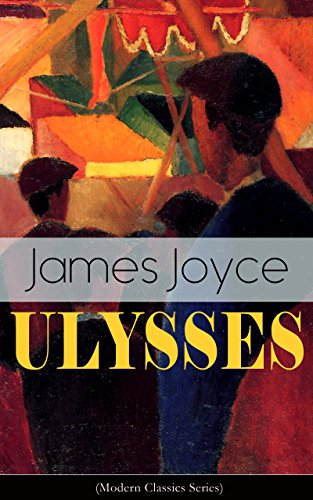 This carefully crafted ebook: "ULYSSES (Modern Classics Series)" is formatted for your eReader with a functional and detailed table of contents.
Ulysses is a modernist novel by Irish writer James Joyce. It is considered to be one of the most important works of modernist literature, and has been called "a demonstration and summation of the entire movement". Ulysses chronicles the peripatetic appointments and encounters of Leopold Bloom in Dublin in the course of an ordinary day, 16 June 1904. Ulysses is the Latinised name of Odysseus, the hero of Homer's epic poem Odyssey, and the novel establishes a series of parallels between its characters and events and those of the poem (the correspondence of Leopold Bloom to Odysseus, Molly Bloom to Penelope, and Stephen Dedalus to Telemachus). Joyce divided Ulysses into 18 chapters or "episodes". At first glance much of the book may appear unstructured and chaotic; Joyce once said that he had "put in so many enigmas and puzzles that it will keep the professors busy for centuries arguing over what I meant", which would earn the novel "immortality".
James Joyce (1882-1941) was an Irish novelist and poet, considered to be one of the most influential writers in the modernist avant-garde of the early 20th century. Joyce is best known for Ulysses, the short-story collection Dubliners, and the novels A Portrait of the Artist as a Young Man and Finnegans Wake.
PostTweetShare Share with WhatsApp Share with Messenger
Community Updates
2 Comments
Post a comment