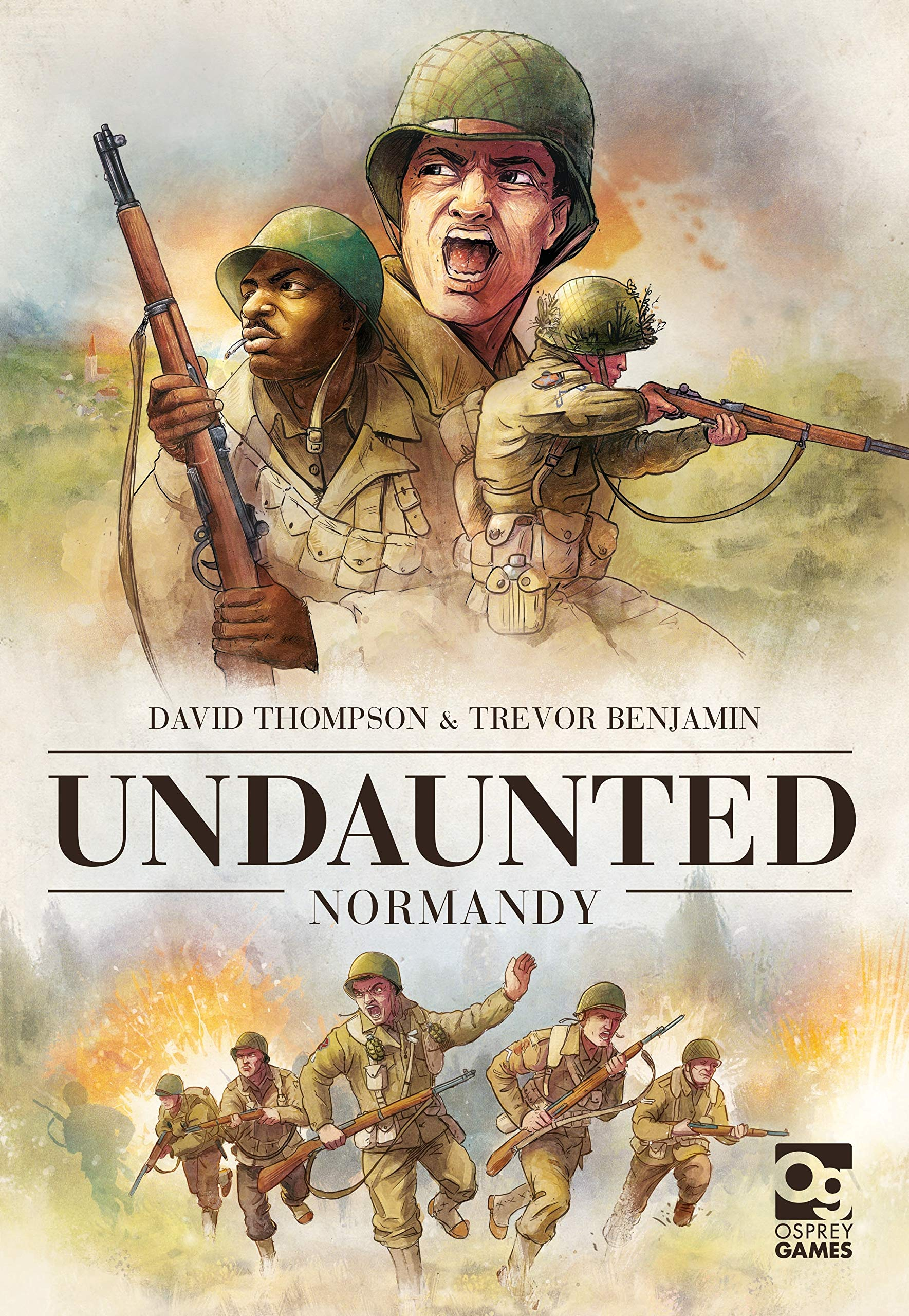 June, 1944. Through the D-Day landings, the Allies have seized a foothold on the beaches of Normandy. Now you must lead your troops forward as you push deeper into France and drive the German forces back. You will face intense resistance, machine gun fire, and mortar bombardment, but a great commander can turn the situation to their advantage!

Undaunted: Normandy is a deck-building game that places you and your opponent in command of American or German forces, fighting through a series of missions critical to the outcome of World War II. Use your cards to seize the initiative, bolster your forces, or control your troops on the battlefield. Strong leadership can turn the tide of battle in your favour, but reckless decisions could prove catastrophic, as every casualty you take removes a card from your deck. Take charge amidst the chaos of battle, hold fast in the face of opposition, and remain undaunted.

Recently reviewed and recommended on Shut Up & Sit Down shutupandsitdown.com/vid…dy/

Edit. Cancelled. Decided they're too similar and I've not played Memoir yet
Edited by: "vaderag" 17th Jan
17th Jan
Game getting super reviews everywhere, but cold due to the better price above (someone should post that as a deal). As a side note Books Etc are always bizzarely cheap for games from this publisher (Osprey Games). Other notables from them include Escape from the Aliens in Outer Space, The Lost Expedition, They Come Unseen, London, Cryptid, Wildlands, the fancy Escape from Colditz reprint and the recent Judge Dredd Games
17th Jan

Agreed. It seems that I have failed in my first deal. sniff.
17th Jan

Agreed. It seems that I have failed in my first deal. sniff.

Just post it again with the revised price
17th Jan
Had this for Christmas, not had a chance to play it yet!
17th Jan

It's because they sell them as books and are thus exempt from VAT. They shouldn't do it, but they do and it is us that reap the rewards...
17th Jan
Its gone up to £20 now and dispatch is 1-2months
18th Jan

I also used an unplayed M44 as an excuse to skip this. That said, I don't think they're that similar past the theme.

Also worth noting that the follow up Undaunted: North Africa is due in a few months or so if you wanted to see if there have been any improvements made (including vehicles).